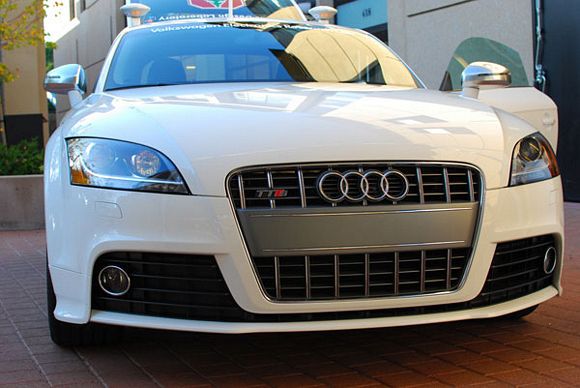 When talk of robot cars start going around, I always get excited.  I seriously can’t wait for the day when I can just sleep in the vehicle and let the damn thing drive me places.  While we wait for that glorious (but, probably, out of my lifetime) moment, those future autonomous cars’ ancestors are doing pretty nifty things now.

This Audi TTS from a team of students at Stanford, for instance, can do plenty of things on its own.  Rather than drive you to work, though, it’s one of those things that’s looking to find the limits of performance for self-operating cars – information that will be very useful for our future robotic chauffeurs. 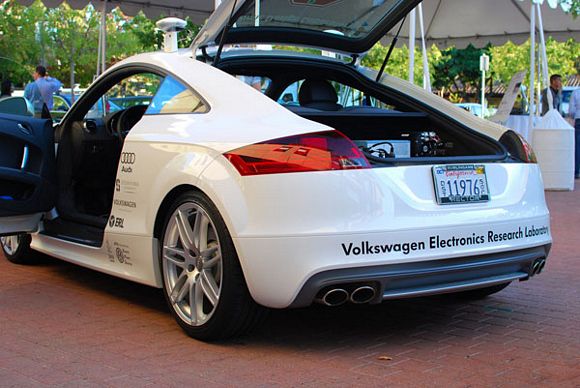 Owning the unofficial world speed record for autonomous cars, the modified TTS (nicknamed Shelley, after female rally driver Michèle Mouton) has ran as fast as 130 mph on its own, without any incident.  Its immediate goal now is to push the limit as far as it can and show researchers the edge of performance that similar self-maneuvering cars can play on.  The ultimate aim, however, is more lofty: they plan to have the unmanned race car drive to the top of Pike’s Peak sometime next year.

According to the team, finding the performance limits is crucial to the ultimate programming the car will receive, especially in the area of accident avoidance.  While it won’t likely lead to robot taxis within the near future, that kind of data can prove crucial to arming intelligent cars with better responses during emergency situations.