Good Luck Not Getting Lost In This 300K Sq. Ft. Mega-Underground Bike Park 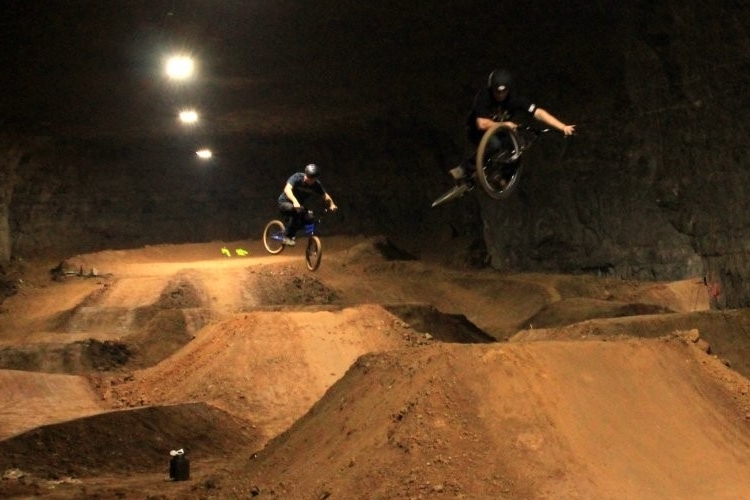 If an apocalypse scenario does end up being part of the future, would you rather hole up in a bomb shelter or an underground bike park, where you can spend your apocalyptic existence doing dirt jumps on your 24K gold mountain bike? If you chose the latter, then this Mega-Underground Bike Park is exactly where you should be when aliens, zombies, or some other type of malfeasance brings down civilization as we know it.

Currently under development in Louisville, Kentucky, it’s situated 100 feet beneath the ground in a former limestone mine, making it the first ever underground bike park in the world. Beyond the novelty of being underground, it’s also massive, occupying 320,000 square-feet of space (at least, three times larger than the biggest existing indoor parks), making it feel like a giant outdoor trail rather than an ordinary indoor park. 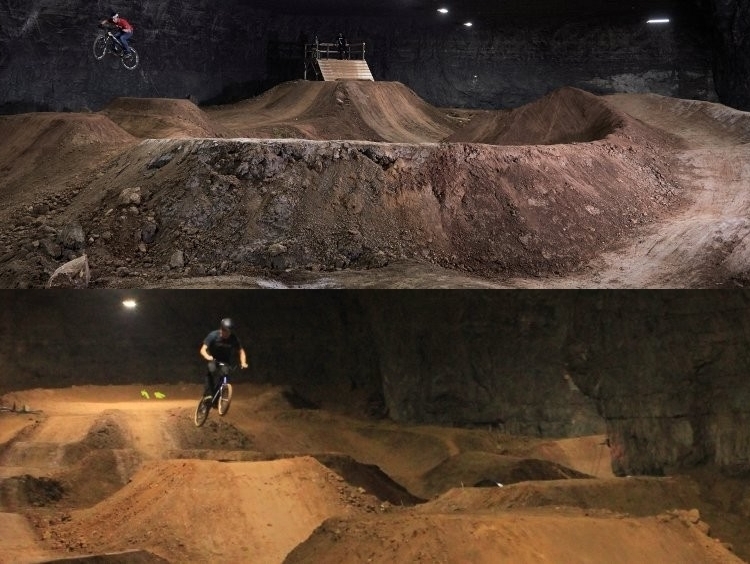 The Mega-Underground Bike Park will contain miles upon miles of interconnected trails that include intricate single tracks, dirt jumps, technical lines, pump tracks, and a whole host of formations.   Once all the trails are completed, it will house over 45 sections, including areas designed for younger riders, as well as specialty rooms for advanced ones. Most of the trails will be comprised of dirt, a choice the owners made due to their flexibility, allowing them to redo a trail at any point without much in the way of cost.   Oh yeah, they use different layers of dirt for the trails, too. At the bottom, they use the rough, dusty stuff, which is coated with a red sticky clay that hardens. On top of that, they throw in “craft dirt” from USA BMX, a special combination of dirt designed particularly for trail riding.