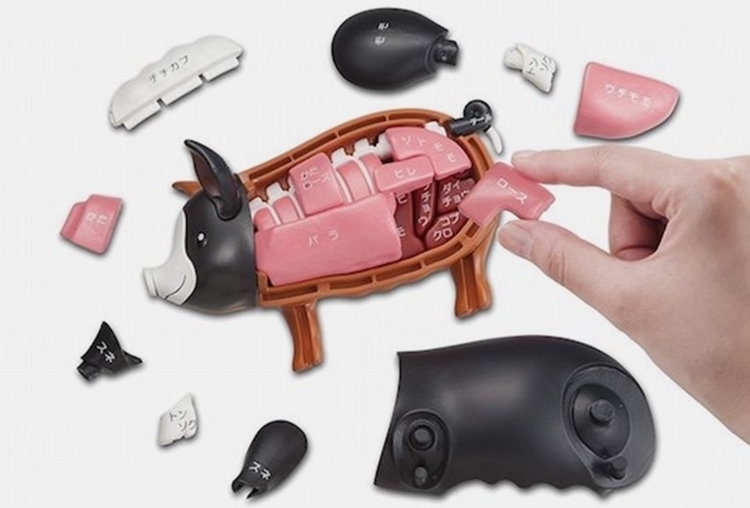 Ever ate some pork chops and wondered which part of the pig the darn thing came from? Probably not. If you ever did, though, maybe you can figure it out from the different parts of the Megahouse 3D Pig Dissection Puzzle.

A plastic figure depicting an adorable hog, the toy can broken apart into multiple parts for assembling back together like a 3D puzzle. Unlike most 3D puzzles you’ve probably seen, though, this one comes with a full complement of internal parts, from the different sections of flesh and the various internal organs to the spine and rib, making for quite a deep-dive into the anatomy of one of the world’s most beloved source for protein and fats. 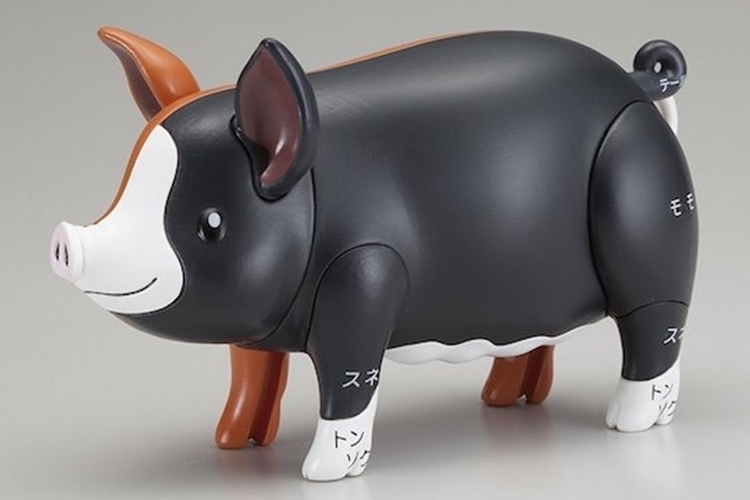 The Megahouse 3D Pig Dissection Puzzle starts out with a three-dimensional pig figure that’s depicted as bursting with life on one side and roasted-and-ready-to-eat on the other. On its own, it should make for a cute display piece, although the fun starts when you break the pig apart into all the different components.  Either side of the pig’s head and body can be taken off to reveal all the meats and organs we usually harvest from the animal, from the ham and the loin to the brain and the ribs. Each part is labeled, although the toy is designed for a Japanese audience, so unless you can read hiragana and katakana, all you can do is guess which part is which. Actually, that sounds more fun, since you can pretend the brain is that organ sitting right there near the pig’s butt.

All the popular meat parts are colored pink, with the organs finished in a dark shade of brown, so you can, at least, have some idea about which part goes where. Every part of the animal can be collapsed, by the way, including the snout, the tail, and the ears, so it just looks like a big mess of tiny plastic parts before you finish assembling the puzzle. 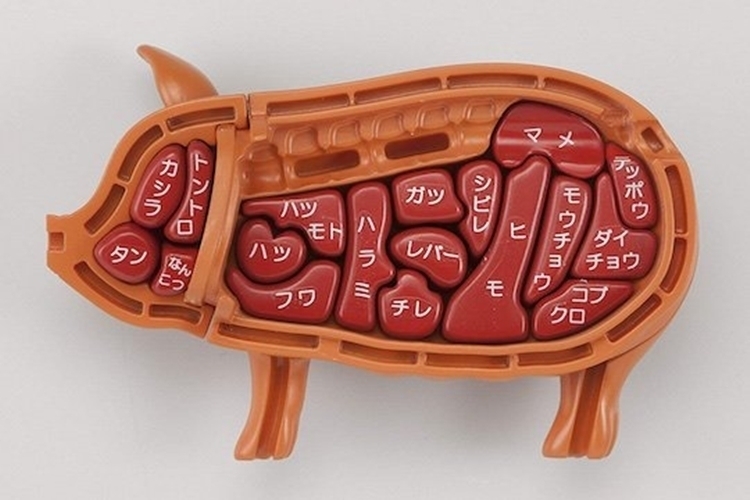 Unlike some anatomy-based puzzles we’ve seen, the interior parts of the Megahouse 3D Pig Dissection Puzzle aren’t made in a detailed manner, so you don’t have to worry about being grossed out by realistic depictions of stomachs, livers, and other innards. Seriously, the aesthetic is more Saturday morning cartoon than a veterinarian’s textbook, so the darn thing still looks quite adorable even with its organs all scattered about. Suffice to say, there’s absolutely nothing that feels morbid about this. 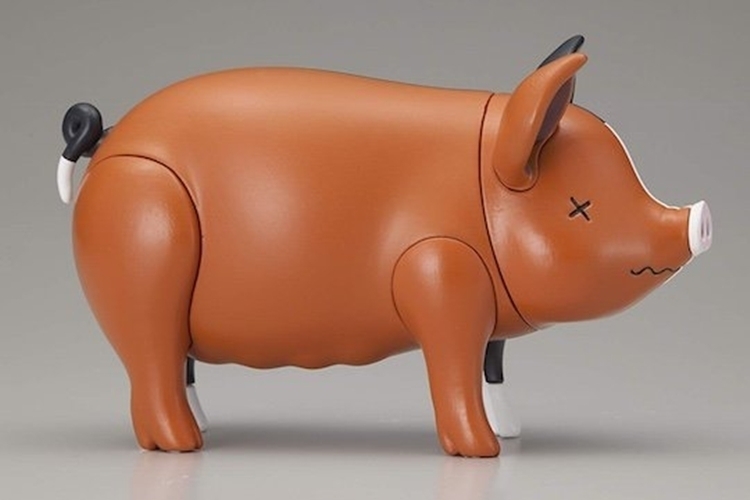 You’ll need to assemble a total of just 42 parts to finish the pig, so it shouldn’t be that difficult a puzzle to finish. For some reason, the darn thing includes a “ham stand” where you can place the pig’s hind leg for display. Yes, we don’t get it either, but we imagine it’s a Japanese thing that probably adds to the toy’s novelty.

The Megahouse 3D Pig Dissection Puzzle is available now from Japan Trend Shop. As with other imports from the outfit, it’s a little pricey, retailing for $32 (compared to its original price of around $11 in Japan).