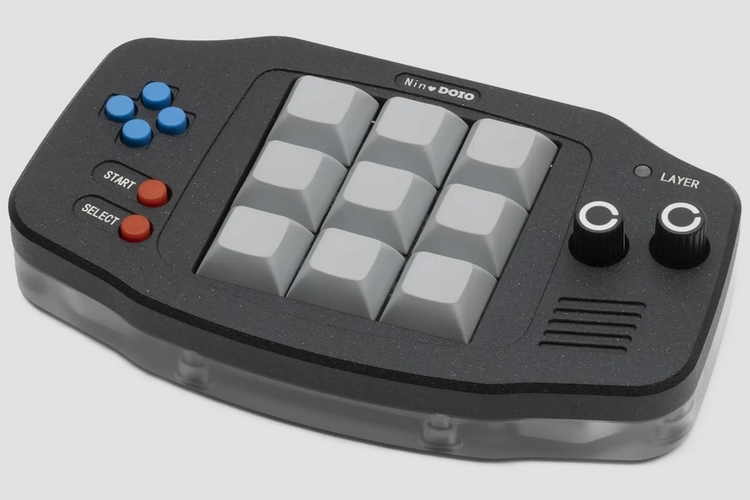 If you run a lot of custom macros for the various software you use for your daily tasks, chances are, you use a programmable macro keypad. It’s a great way to launch shortcuts without having to remap your regular keyboard. The Megalodon NinDoio does, pretty much, all the same things as other macro keypads, except it comes in the likeness of a Nintendo GameBoy Advance, which, let’s be honest, instantly makes it ten times better.

That’s right, this macro keypad is styled to resemble the handheld game console from the early 2000s, so you can type keyboard shortcuts and launch macros like you’re mashing buttons in Metroid Zero Mission. Seriously, this thing looks more like a gamepad than a productivity peripheral, making it just a fun addition to any workspace. 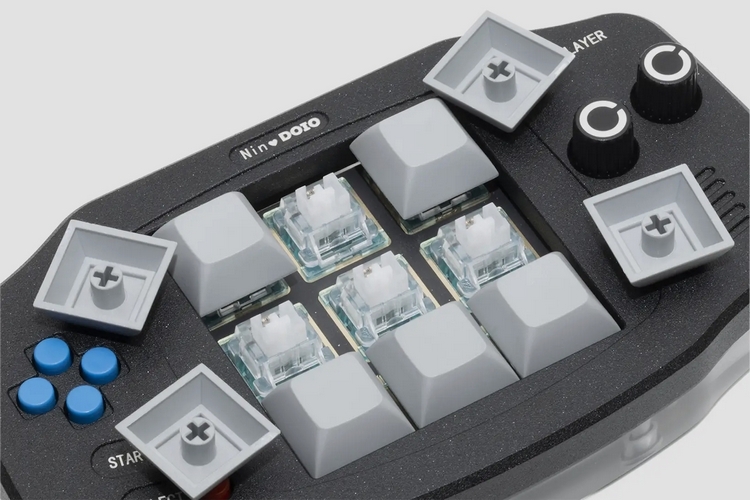 The Megalodon NinDoio is a USB macro keypad with nine standard keys, six round buttons, and two knobs, so it puts gives you a fair amount of controls to assign to various tasks on your computer. The nine keys are situated right where the screen of the GBA would have been, each one using Oetemu mechanical switches with standard-sized unlabeled keycaps. On the left side, you get six round buttons – four arranged in a D-pad style configuration and the other two styled to look like system buttons (Start and Select) from the handheld console, which really helps round out that gamepad-like appearance.

On the right side, you get a pair of knobs that you can use for precise scrolling and slider control across various applications, so this is a lot more useful than your typical macro keypad. Additionally, both knobs are clickable, so they can also be programmed to launch macros, allowing you to offload a whole load of shortcuts onto this peripheral. Suffice to say, this will make for a really handy productivity tool. 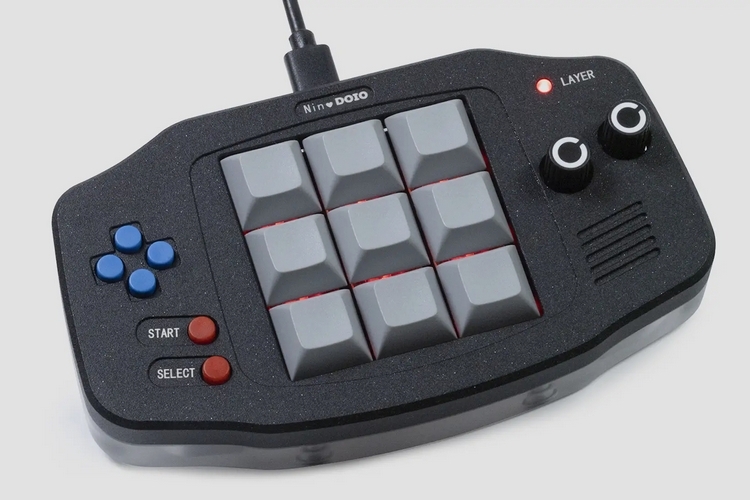 The Megalodon NinDoio is fully compatible with the VIA Configurator, so you can use the popular software to easily create macros and assign them to the various controls on the peripheral, complete with support for four-layer functions. There’s supposedly RGB backlighting, too, which, we guess, are set up in the base, which is why they decided to use a translucent acrylic material on it. The top layer of the housing is constructed with a solid 6063 aluminum, so this should have a reasonably premium feel. 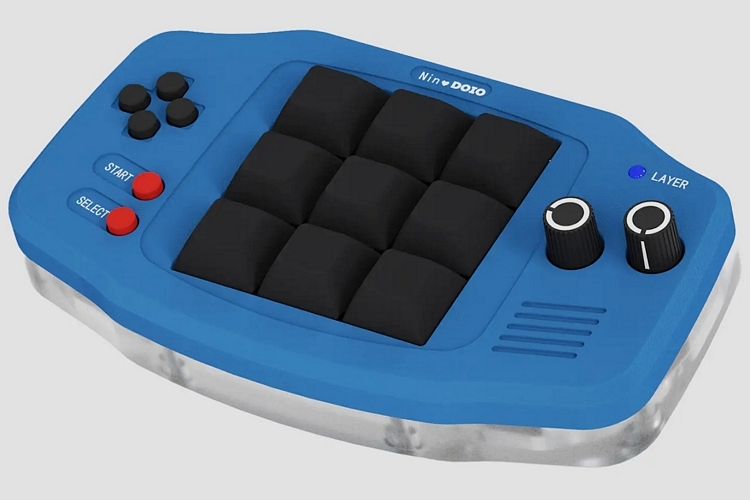 The Megalodon NinDoio is now available for preorder. Price is $59.