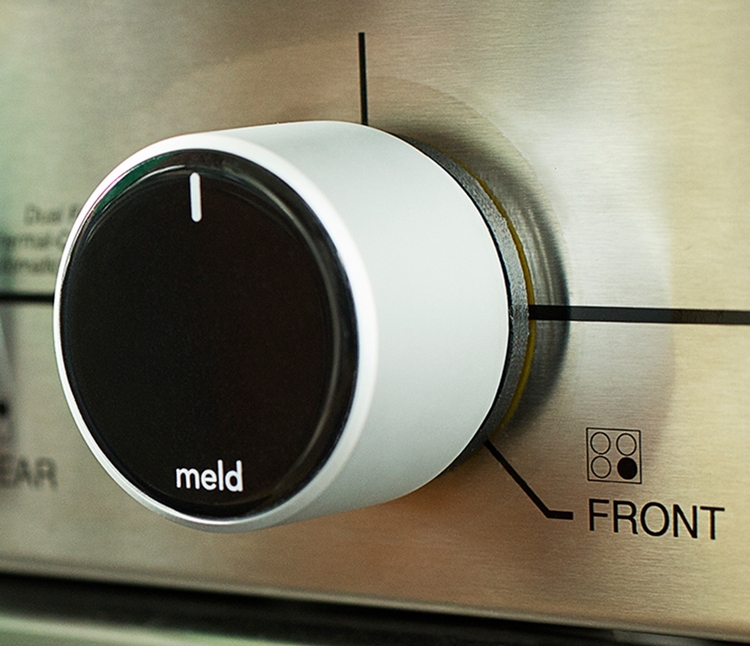 For the most part, what sets smart cooking appliances from regular ones is their ability to regulate heat, ensuring it cooks food under precise temperatures the entire length of the way.   As such, if you can find a way to rig your existing cooktops into a connected device that can regulate its own temperature, then there’s no need to purchase an entirely new smart cooking appliance. That’s exactly what Meld does.

Designed to turn erstwhile ordinary stoves into self-regulating cooktops, it consists of three components: a motorized knob, a temperature sensor, and an accompanying mobile app that coordinates the whole operation. Just replace the stove’s existing knob with the new one, clip the temperature sensor to your cookware, and tell the app what you’re cooking – the system will do the rest all on its own. 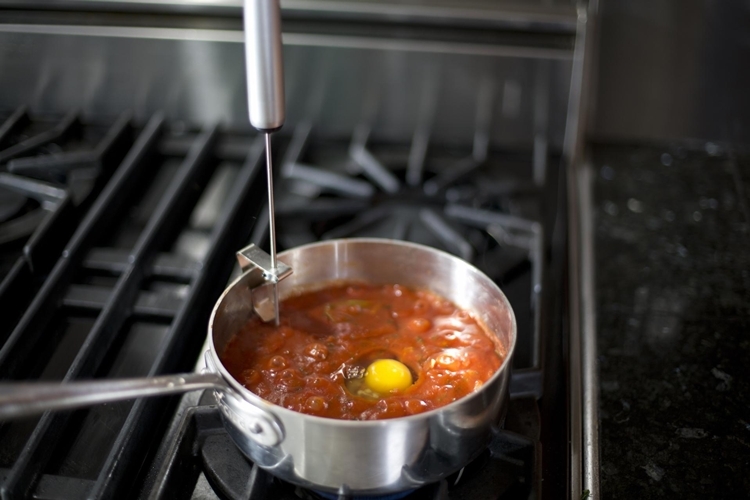 Meld’s components communicate among each other via Bluetooth, with the temperature sensor feeding its readings to the app, which, in turn, tells the knob to adjust itself accordingly. This simple change allows you to not just cook meals unattended, but it also turns an erstwhile regular gas or electric stovetop into a highly-sophisticated cooking machine that lets you perform specialty cooking methods like deep frying and sous vide, since you have a dedicated system regulating the temperature at every turn. Both the knob and the clip are powered using AAA batteries (four on the knob and one on the clip), so just swap in fresh ones when it drains out, instead of charging every couple of days.

A Kickstarter campaign is currently running for Meld. Pledges to reserve a unit starts at $129.