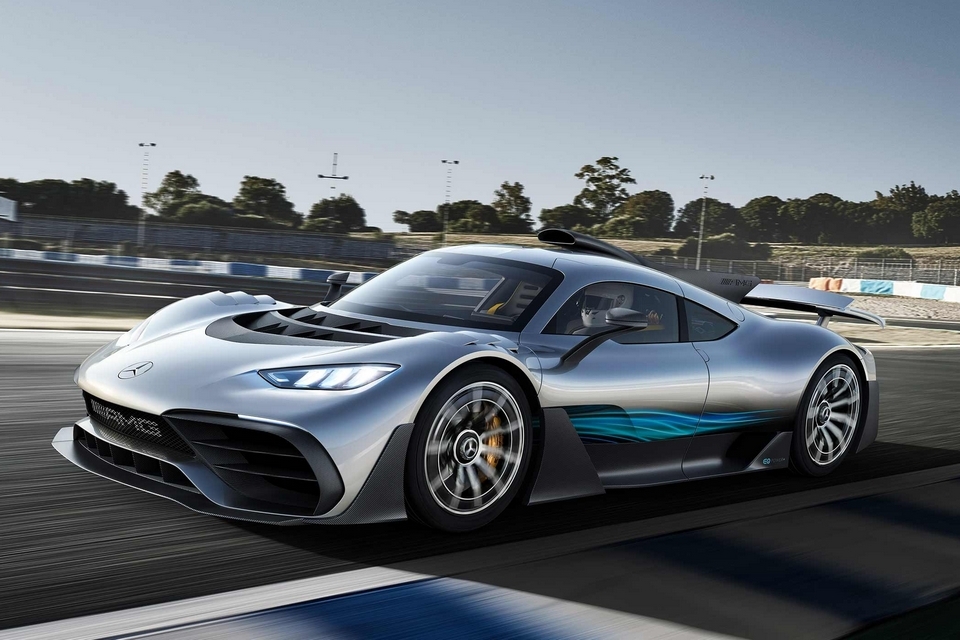 A tiny 1.6-liter single-turbo V6 – that’s the engine that powers Mercedes-AMG’s Project One hypercar. We know, that sounds painfully weak for a road car that’s being hailed as a veritable race car. Except with technologies borrowed directly from their Formula One racers, the tiny little engine helps push this thing hard enough to challenge the Bugatti Chiron in terms of sheer speed and power.

How much power? Well, the darn thing can go from 0 to 60 in just 2.6 seconds, all while topping out at 217 mph. It does that courtesy of a unique setup that pairs the 700 horsepower engine to four electric motors that add another 500 horsepower to the mix, two of which drive each front wheel, while one spins the turbocharger and another gets integrated into the engine.  The electric motors spin at up to 50,000 rpm, by the way, which more than doubles the current 20,000 rpm standard. 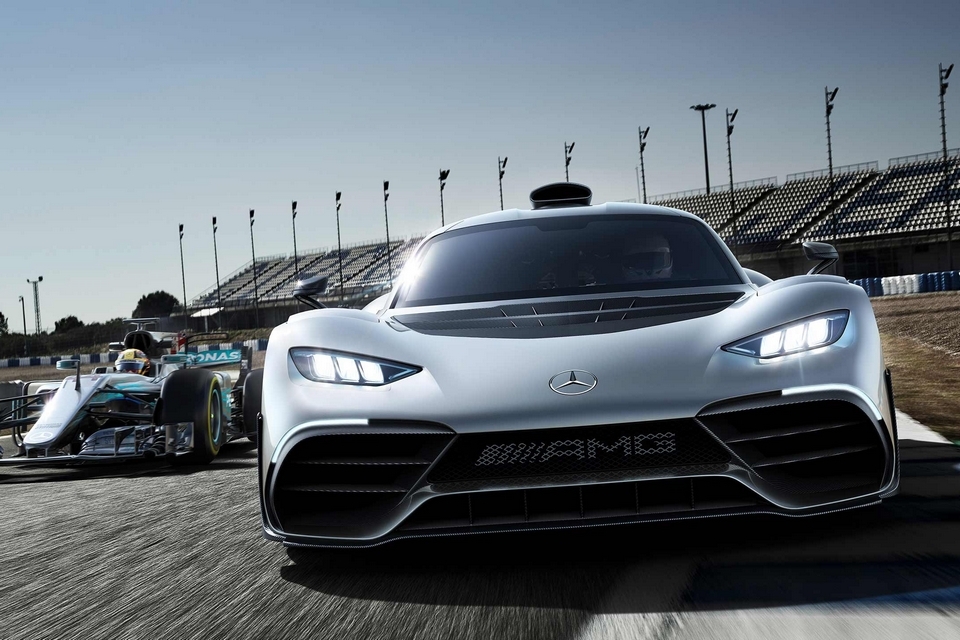 The Mercedes-AMG Project One’s hybrid drive also allows you up to 16 miles of all-electric propulsion, so the teenage kids of its well-heeled owners can use it to sneak the car out of the garage quietly before engaging the engine once they’re a safe distance from their sleeping parents at home. The powertrain setup is mated to a hydraulically-activated eight-speed manual transmission that’s been developed solely for the vehicle, while a weight-optimized ceramic compound braking system ensures you can bring it to a sudden halt when needed. According to the outfit, the vehicle can recuperate up to 80 percent of energy during throttle lift off and braking, which it stores in the lithium-ion battery array powering the electric motors.

Of course, the hybrid drive isn’t the only thing it borrows from F1 technology. It also gets a lightweight carbon-fiber body that undoubtedly helps it in the quickness department, along with similarly light carbon wheels covered in Michelin Pilot Sport Cup 2 tires. Multi-link suspension systems with pushrod spring struts should help eliminate rolling movements during quick changes in direction, allowing you to take hard corners at high speeds without losing control of the car. 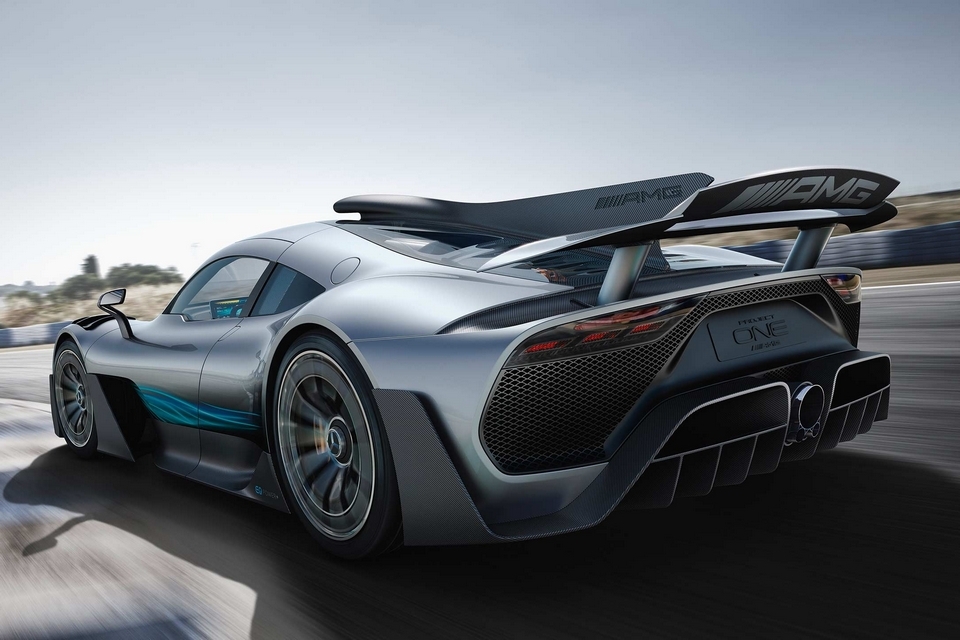 According to the automaker, the Mercedes-AMG Project One is designed almost exclusively for speed, with very little in the vehicle having been built for show. As such, the interior is stripped down to the bare essentials, making this a car for people who just love to hit the road at high speeds. The interior actually borrows from the cockpits of F1 cars, which you’ll easily recognize from seeing the steering wheel filled with multi-colored buttons and single-piece form-fitting seats. Of course, they added a passenger seat for this one, along with two 10-inch high-resolution LCDs and a camera-based rearview system. 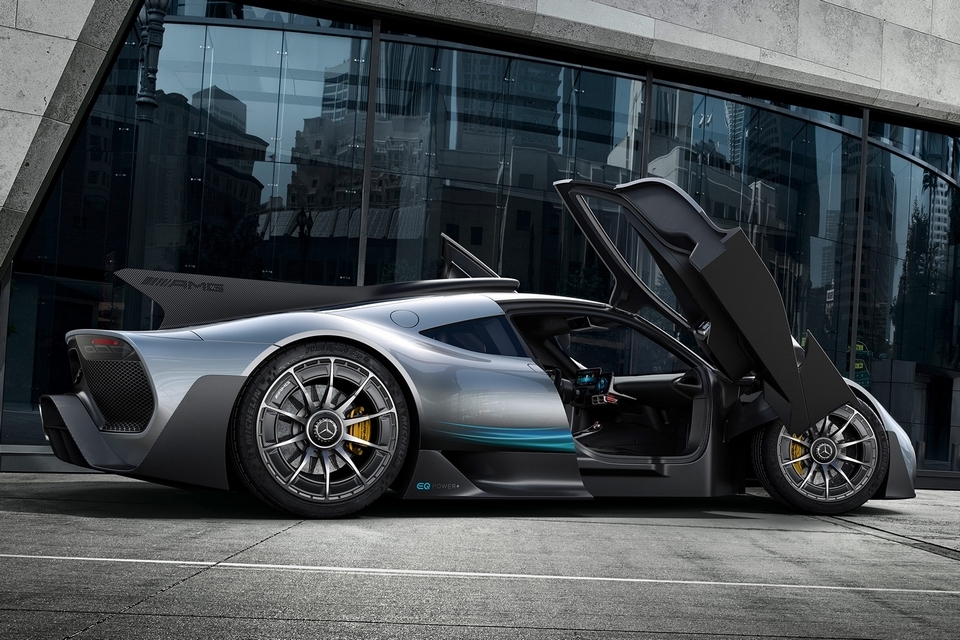 While the car is technically a concept, don’t expect the production version to change much, as this looks about as perfect as it could be. Only 275 of the Mercedes-AMG Project One will be made, with production starting in 2019. All of the cars have already been sold, by the way, priced at $2.8 million. 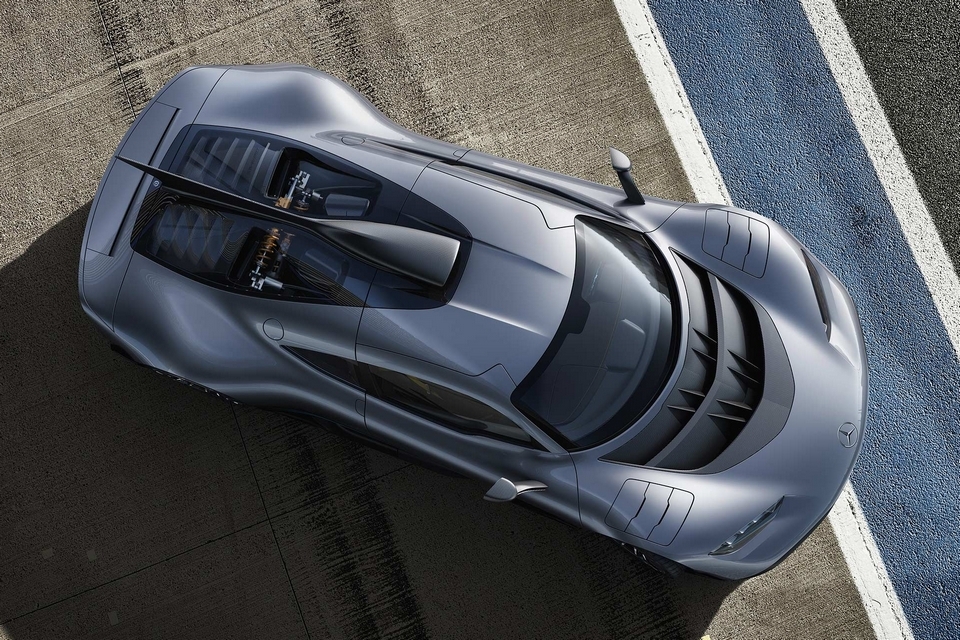 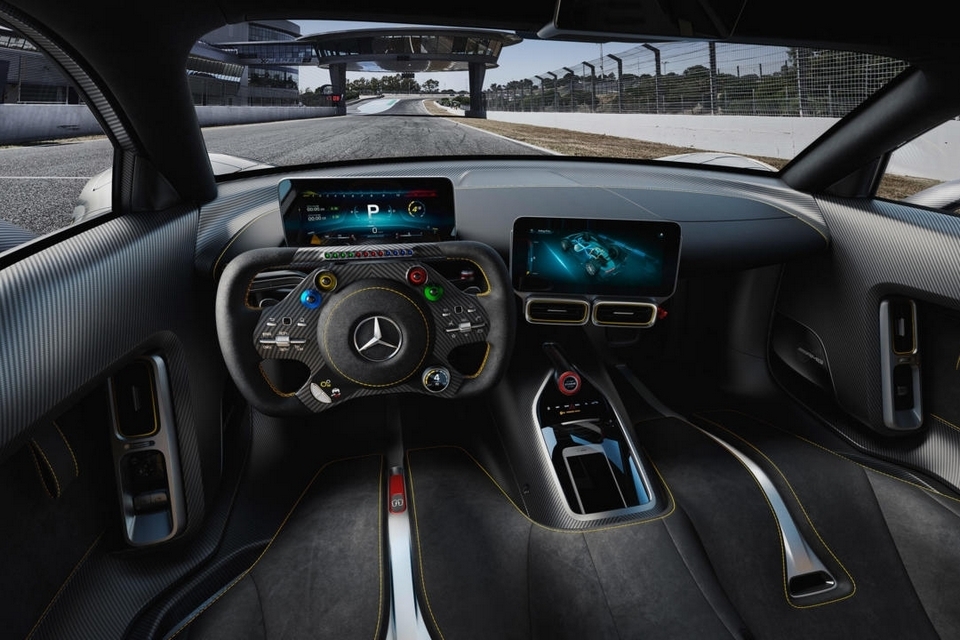