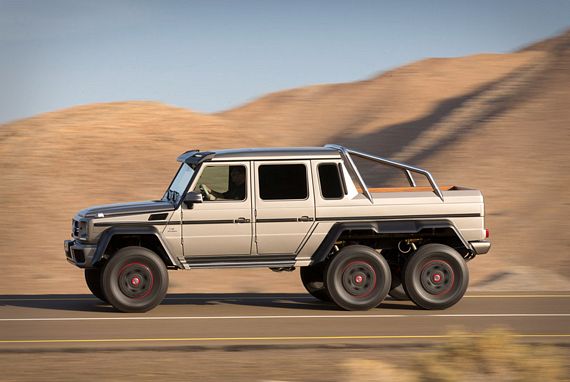 Six-wheel drive trucks has been a staple of military off-roaders for a long time.  And just like other military tech, we knew it was only a matter of time before the same thing turned up for consumer vehicles.  The wait is, apparently, up with the Mercedes-Benz G63 AM6 6×6, a limited edition SUV packing some extreme features.

Yep, a six wheeler SUV with three pairs of 37-inch wheels that aren’t just for show.  Instead, the vehicle’s massive torque is split in 30-40-30 percent partitions among the three axles for traction that can put your favorite 4x4s to shame (yes, even that admittedly badass Conquest Evade), allowing it to drive on water over three feet deep and take on steep 52-degree slopes without throwing up a tantrum. 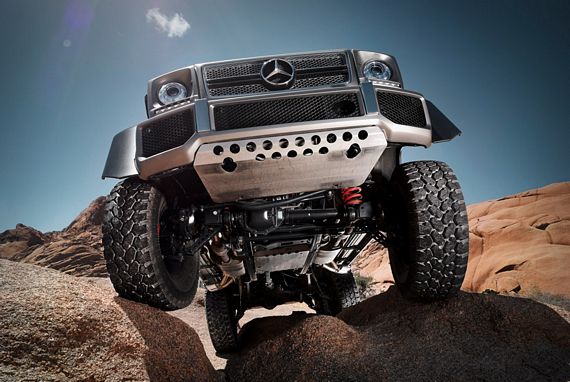 While based on the 6×6 version of AMG’s Gelandewagen supplied to Austrian armed forces since 2011, the Mercedes-Benz G63 AM6 6×6 doesn’t quite embrace the same bare metal cabin and purely utilitarian function.  Instead, it’s aimed at the company’s most affluent clientele, so the truck packs all the luxury any offroad driver can ask for, from diamond-quilted leather seats to carbon-fiber accents in the dash to a bamboo-lined cargo bed.  That luxury is matched by some serious power, too, via a 5.5-liter twin-turbo V8 putting out 536 horsepower and 560 lb-ft of torque, which is mated to a seven-speed automatic transmission. 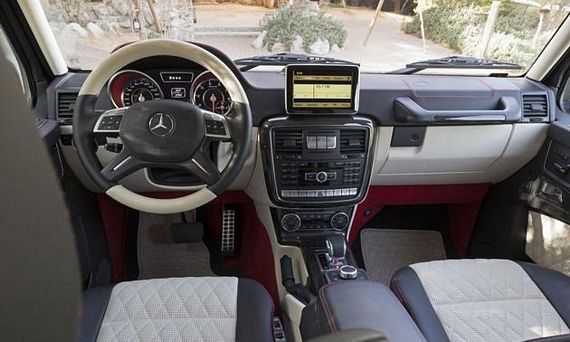 The cabin has space for four passengers, with benches in the cargo area if you want to bring along a bunch of the boys for the ride.  It measures 231.3 inches long, 83.1 inches wide and 87.0 inches tall, with a curb weight of 8,322 pounds.

While there are no official release details, Autoweek claims the Mercedes-Benz G63 AM6 6×6 will be produced in October, with pricing expected around the vicinity of $450,000.