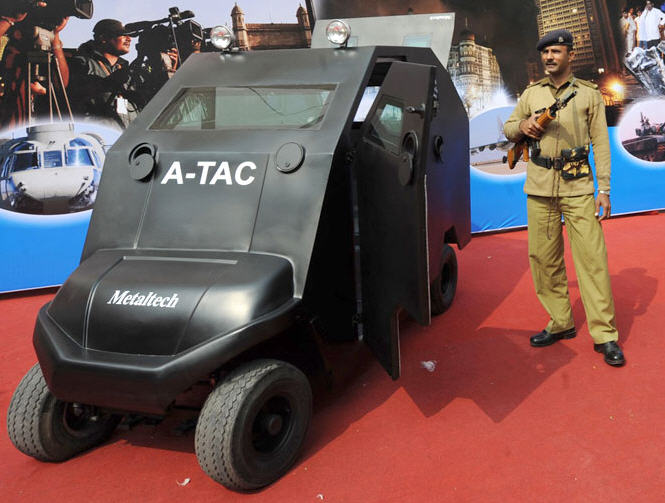 RPG-proof armored trucks are cool.  When you’re fighting in narrow alleys and closed spaces, though, they’re practically of no use.  That’s where the Metaltech Anti-Terrorist Assault Cart comes in.  You’re not hearing it wrong – it’s literally a cart armored up for battle.

Created by Indian firm Metaltech Motor Bodies Pvt Ltd, the vehicle was built in the wake of 2008’s Mumbai attacks, where gunmen holed up in two luxury hotels managed to keep government forces at bay for 60 long hours.  The small-profile vehicle is expected to help in similar hard-to-access combat scenarios, allowing commandos entry into the facilities without putting themselves at unnecessary risk. 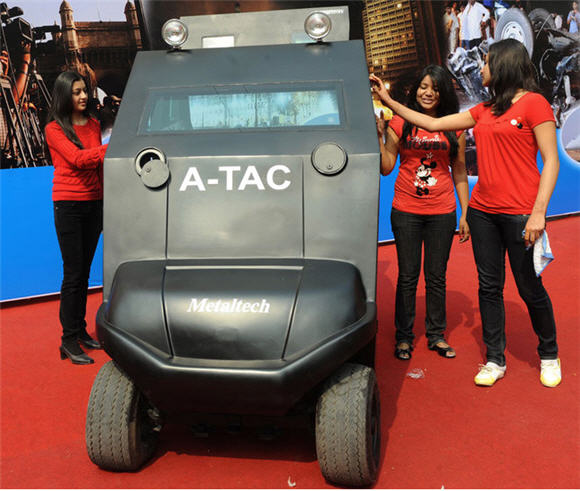 Able to go where no other military vehicle has gone before, the Metaltech Anti-Terrorist Assault Cart can stroll through hotel lobbies, elevators, narrow alleys and other tight spaces.  It can operate for up to six hours on a single charge, reaching speeds of up to 15mph.

Of course, it’s an “assault cart” so it provides ample protection for the people inside too, with a shell that’s able to withstand bullets fired from close range and grenade blasts.  For offensive attacks, it comes equipped with four firing ports.

The half-ton Metaltech Anti-Terrorist Assault Cart is still under development, although India’s elite special forces unit will already begin using one of the prototypes.  Production versions will cost $45,000, which sounds awesome.  At that price, I wouldn’t be surprised if some rich people begin using it in the golf course too.  Just in case terrorists attack – you never know.