These Metrodeck Playing Cards Are Made From Subway Fare Cards 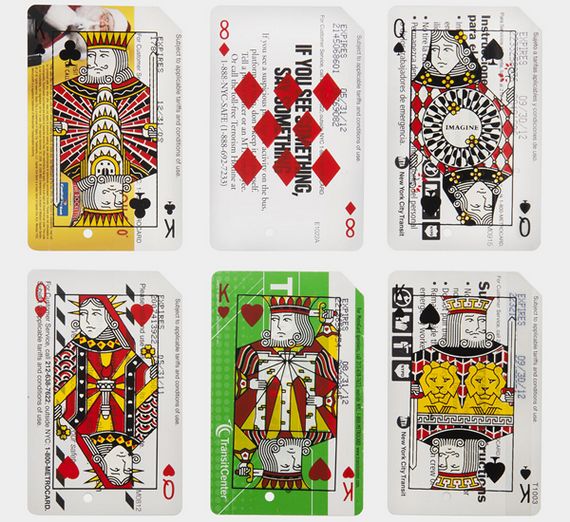 You love poker.  And you love your art school friends.  Whenever they come over, though, playing Hold ‘Em is the last thing they’re interested in doing.  So you kill time either watching art house films, listening to obscure bands on vinyl, or discussing the finer points of existentialism over growlers of craft beer.  LOL.  Yeah, you need to bring a little normalcy into this social circle before the entire group falls off the edge and turns into lifelong hipsters.  The Metrodeck Playing Cards might give you a way to steer them towards arguably less-artsy activities.

A standard deck of playing cards, you can use these to play poker, bridge or even solitaire for those lonely nights on your own.  Instead of the same boring Bicycle cards, though, these are made from salvaged New York City subway cards, giving them a little of that “go against the grain” and “take it to the man” edge that you and your buddies can definitely get into. 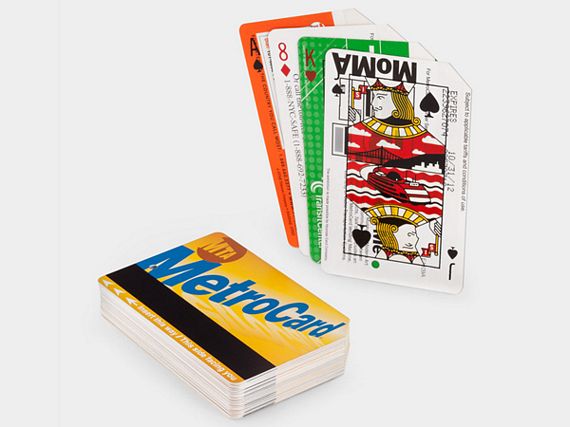 The Metrodeck Playing Cards consist of used fare cards that have been discarded by previous owners, then screen printed with standard playing card graphics on its backside.  They kept all the previous prints on the cards, including special holiday prints and advertising, so it’s a great way to take a look at a small slice of NY’s history, as well.  All the number cards use standard layouts, but the face cards get injected with a little customization, having been altered to integrate illustrations that depict various landmarks from New York City’s five boroughs.  Each set comes in a box, with a complete deck (52 cards) plus two jokers. 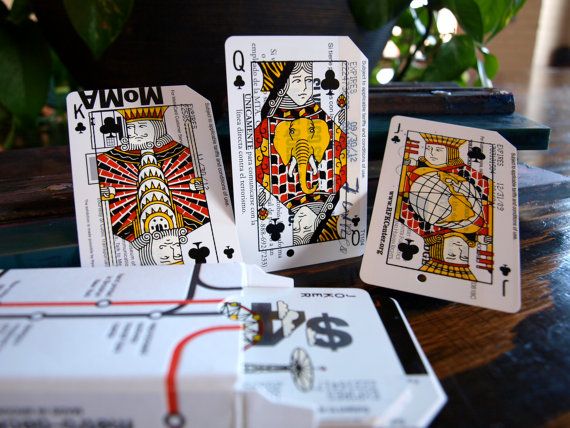 Since the Metrodeck Playing Cards are, literally, retrieved fare cards, chances are, there will be enough distinguishing marks to make it easy to remember what cards are under each ticket.  Still, if you’re going to get your art school crew into poker, this is probably as good a gateway drug as it gets.  They’re available now for $550 a deck.