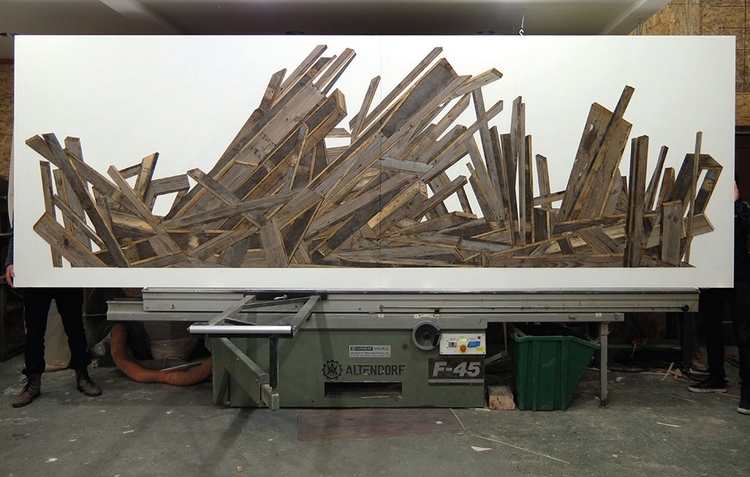 Like many artists, Michael Zelehoski’s mixed media creations use plenty of found objects, mostly discarded pieces of wood or metal that served a different purpose in a previous time. His pieces, though, defy the conventional results of similar found-object assemblages. Rather than mere sculptures, his finished products are intended to look like two-dimensional creations.

The pieces, of course, vary. Some display the actual sculptures as an installation, some add paintings, and some use photographs of the assembled figures. All of them, however, are made using the same painstaking process that involves arranging each of the materials to look like they exist in a two-dimensional plane. The results are truly stunning sights that you don’t quite see all that often even in large, well-represented art shows. 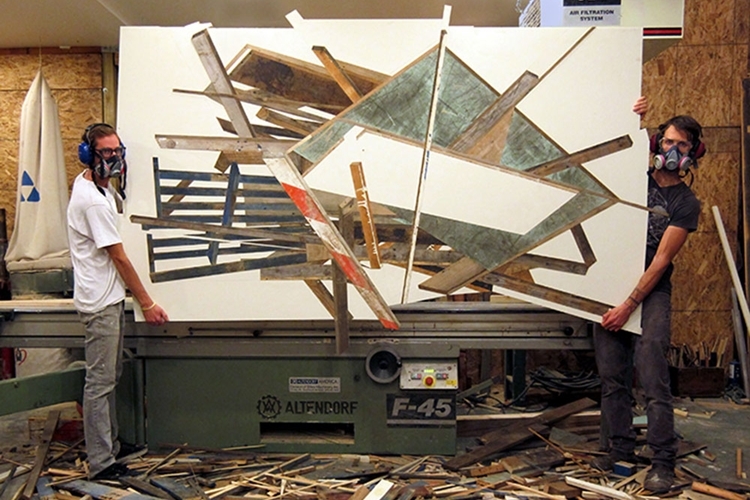 To create the pieces, Zelehoski takes pieces of wood and metal, cuts and paints them according to his liking, and meticulously arranges them, either with nails, glue or a series of clamps that run behind each assemblage. In some pieces, he manipulates the wood itself to create the appearance of being two-dimensional, such as making their outlines prominent so they look like they’ve been drawn with a pen. It’s a strange way of making art that happens to be equally as fascinating. 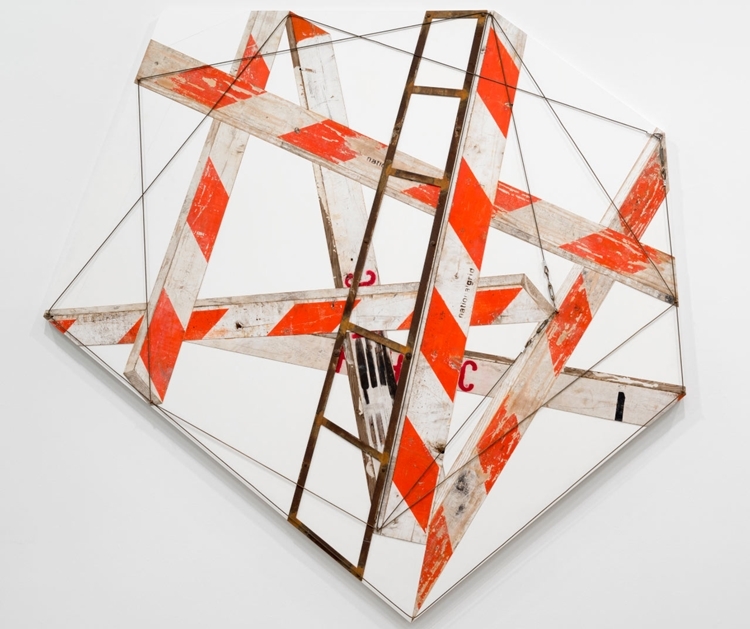 Michael Zelehoski’s website is filled with pictures of both his finished creations, as well as the clamped, glued, and nailed-together assemblies that he used to build them, so you can check it out if you’re interested in seeing the process at work. He currently has an exhibit running at NYC’s Mike Weiss Gallery, which is scheduled to run until June 20. 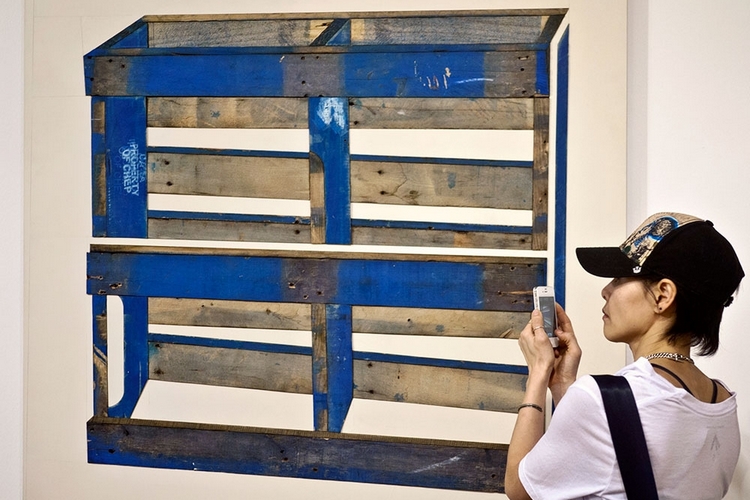