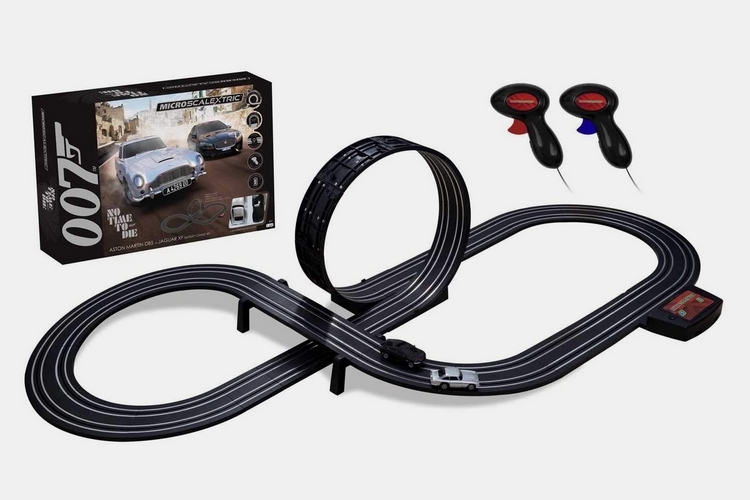 No, you probably won’t feel like James Bond playing with the Micro Scalextric James Bond No Time to Die Set. There are no gunfights, hand-to-hand combat, or flirting with women involved, after all. If you want to feel like you’re watching a car chase scene straight out of a 007 movie, though, this might do the trick, as it comes with a pair of slot cars modeled from vehicles that had spotlights in the long-running spy franchise.

That’s right, the slot car brand is releasing a 007-themed set that includes two vehicles prominently featured in previous James Bond movies.  Whether you’re a slot car racing enthusiast, a 007 fanboy, or just some dude who thinks it will be cool to see James Bond cars running across a slot car circuit, this thing should make for an interesting set to add to your toy collection. 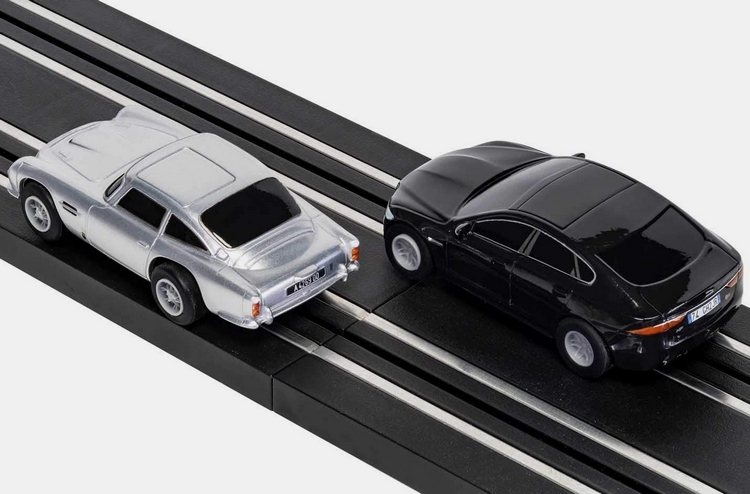 The Micro Scalextric James Bond No Time to Die Set is an erstwhile regular-looking slot car racing set that comes with over 160 inches of track and two vehicles, an Aston Martin DB5 and a Jaguar XF. Yes, it’s the classic version of the DB5 from one of the old James Bond movies that probably starred your mom’s or your grandma’s favorite actor, so you can get a vintage-looking ride to add to your micro-slot car collection. The XF, of course, is the one that James Bond has been using in recent films, right after he nuked his DB5 in Casino Royale. So yeah, you can put both 007 cars on the same track side-by-side to finally decide which one is most deserving of carrying on the 007 torch.

The included battery-powered 160-inch track, by the way, can be assembled in 10 different layouts, so you don’t have to be stuck with the same circuit if you don’t have other track sets in your collection. The most exciting of those layouts, the one depicted in product pictures, is one that will have your cars coursing through a half-pipe and a loop-the-loop, along with various twists and turns. 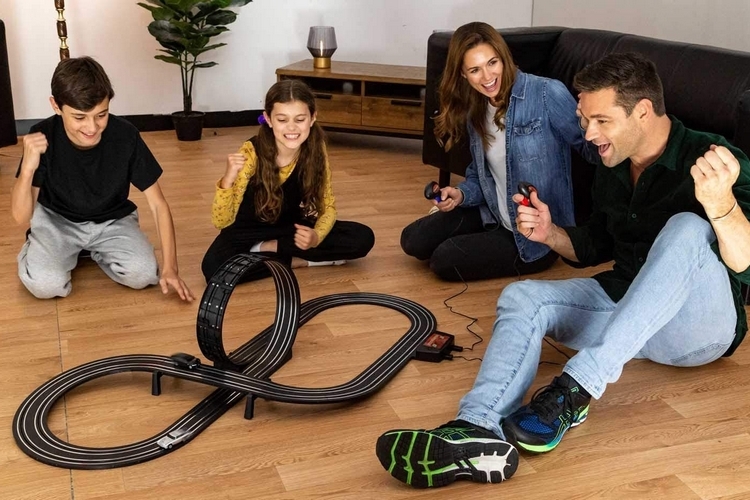 The Micro Scalextric James Bond No Time to Die Set use standard micro slot cars and tracks, so these are 1:64-scale, which makes them smaller than standard slot cars (you can’t race them with your 1:32-scale DeLorean), all while coming with updated controllers that are designed to be easier to handle for younger users. They also use magnets to increase downforce on the vehicles and a one-piece body shell construction to withstand full impact if it ever flies off the track accidentally during play. 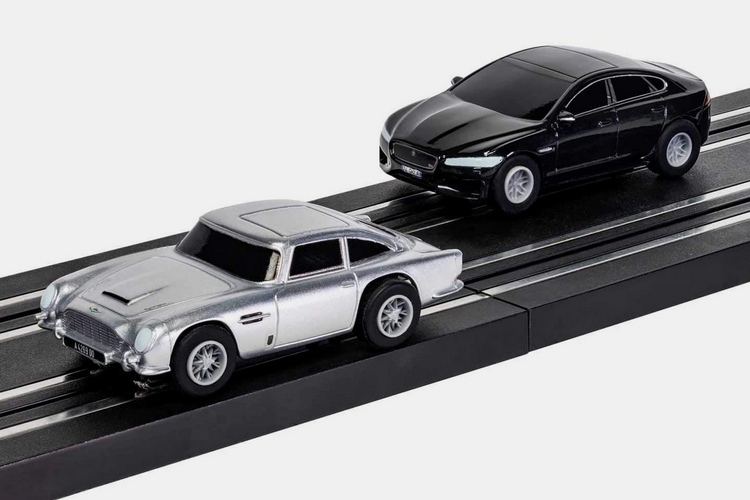 The set is, of course, released as part of the promotional merchandise for the new 007 movie, which is, apparently, the 25th film to be released in the iconic franchise. Sadly, it has been shooting well before the pandemic and was originally slated to release last year, so James Bond won’t be battling virus-unleashing henchmen to keep up with the times. We have no idea what it will be about, but we can find out together when it hits theaters later this year in November.

The Micro Scalextric James Bond No Time to Die Set is available now.