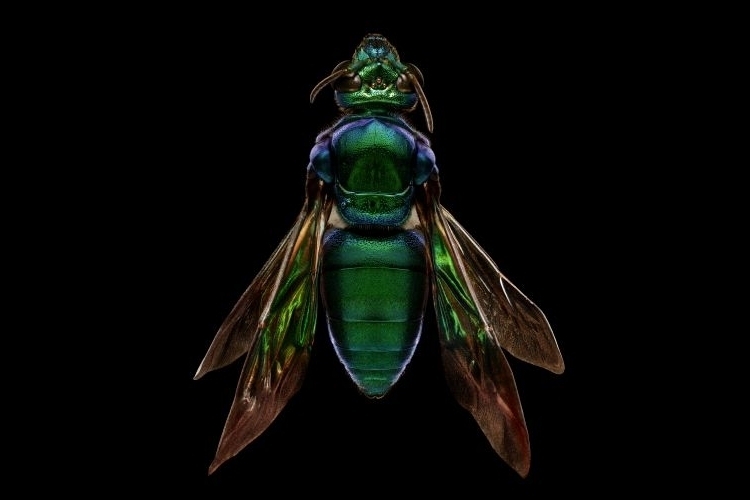 Bugs are gross (that’s why we shoot them with salt guns). At least, that’s how we usually feel about them. But that’s because they’re so tiny, we can’t really appreciate the intricacies of their physical qualities. At least, that’s how I feel now after diving into British photohrapher Levon Biss’ Microsculpture collection.

No these aren’t sculptures. And neither are they tiny. Instead, it’s a collection of insect photographs that have been magnified to massive scales. How massive? Well, each individual insect portrait is printed in high-resolution format on a 10-foot wide poster, the entire range of which is slated to go on display at the Oxford University Museum of Natural History, essentially turning the exhibit hall into a veritable house of horror for anyone with a lingering fear of creepy bugs and critters. 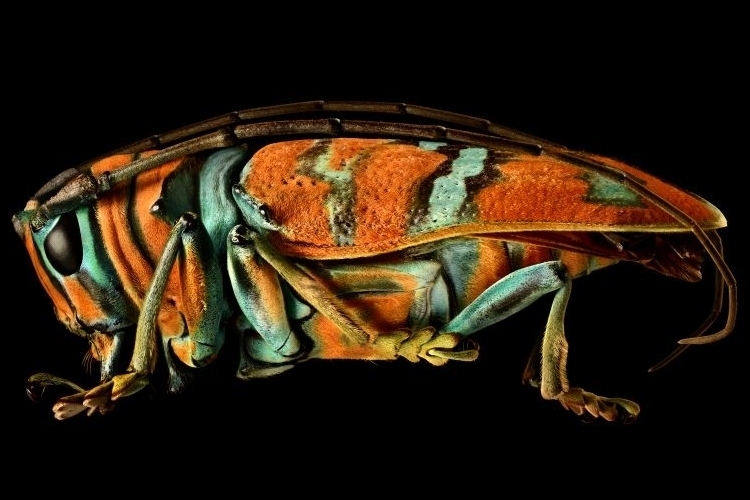 Since few of us will likely be around England during Microsculpture’s run, they’ve generously put some of the photographs online, where you can check each one out and zoom in for a close-up look at some genuinely fascinating creatures. Seriously, you can zoom in really, really close, allowing you to inspect each hair, ridge, or colorful patch of skin in a way that would otherwise be impossible. Biss achieves that by taking multiple photographs (around 8,000) of approximately 30 different sections of each insect using a 36-megapixel camera hooked up to a 10x microscope and a 200mm prime lens. Each section is individually lit, too, ensuring the lighting brings out that part’s “micro-sculptural beauty.”  Once he’s photographed each section sufficiently, he then puts everything together digitally to create the final image. Each photo takes around three weeks’ worth of work. 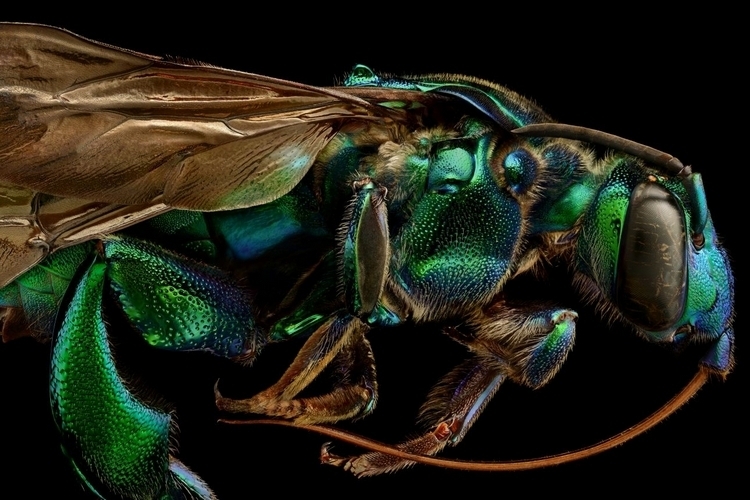 Microsculpture will run at the Oxford University Museum of Natural History from May 27 to October 30. All images are available for purchase as prints directly from Levon Biss.