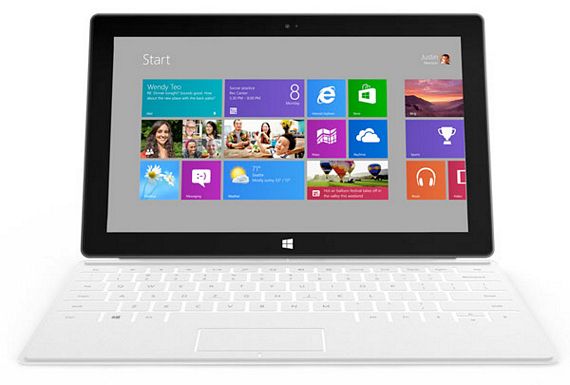 Microsoft’s announcement of their own Windows 8 tablet didn’t come as much of a shock.  In fact, most every tech rumor blog has been buzzing about it since last week.  What did come as a pleasant surprise, however, was just how lustworthy the resulting Microsoft Surface Tablets turned out to be.

The first batch of tablets consist of two models: Surface for Windows RT and Surface for Windows 8 Pro.  While they are, technically, tablets, Microsoft is banding them about as proper PCs, which they also are, able to run the dual-purpose Windows 8 and switch between its desktop/tablet interfaces without any trouble. 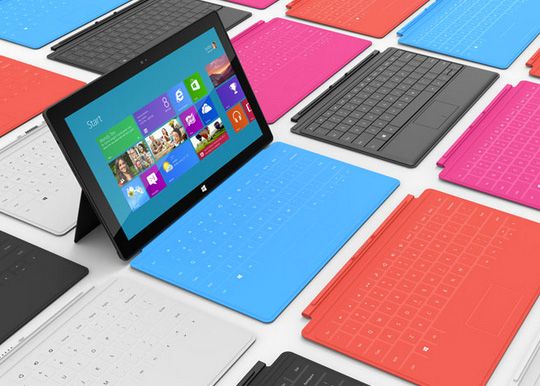 Surface for Windows RT runs on a Tegra-based ARM chip, with a 10.6-inch ClearType HD touchscreen, up to 64GB of onboard storage, microSD card expansion, a micro HD video port and a USB 2.0 slot.  The Surface for Windows 8 Pro version, on the other hand, sports an Intel Core i5, a 10.6-inch ClearType Full HD (1080p) touchscreen, microSDXC slot, a USB 3.0 port, Mini Display port and up to 128GB of onboard storage.  Both feature an integrated kickstand that allows you to prop the tablet up on a table without using a separate accessory.

Of course, these wouldn’t be proper PCs if they didn’t have a keyboard and a trackpad.  And Richmond had an elegant solution for that, too: the Touch Cover and the Type Cover, both of which feature built-in keyboards and trackpads.  What’s the difference?  The former uses non-mechanical keys that detect keystrokes as gestures; the latter (which comes in at 2mm thicker) adds moving keys for a more traditional typing feel.