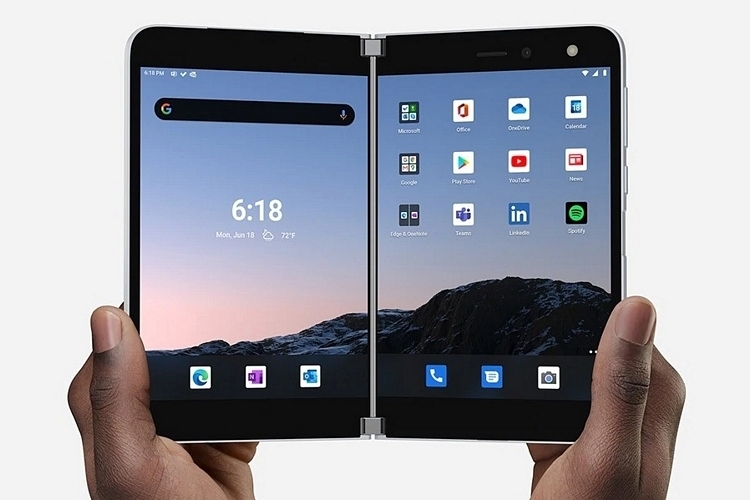 By now, you’re probably wary of ever buying another Microsoft-branded phone again. We mean, they failed hard. Not just once, but twice, with both Windows Phone and Windows 10 Mobile turning out to be absolute busts. With the Microsoft Surface Duo, it looks like the company is finally giving up on creating its own ecosystem in favor of Android, albeit with a pretty special twist.

Unlike your conventional smartphone, the device doesn’t have one large screen to do all your swiping, pinching, and tapping. Instead, it comes with two screens of equal sizes put together in a clamshell form factor similar to their dual-screen tablet prototype from last year, which you can use either as two separate screens or a single tablet-sized interface. 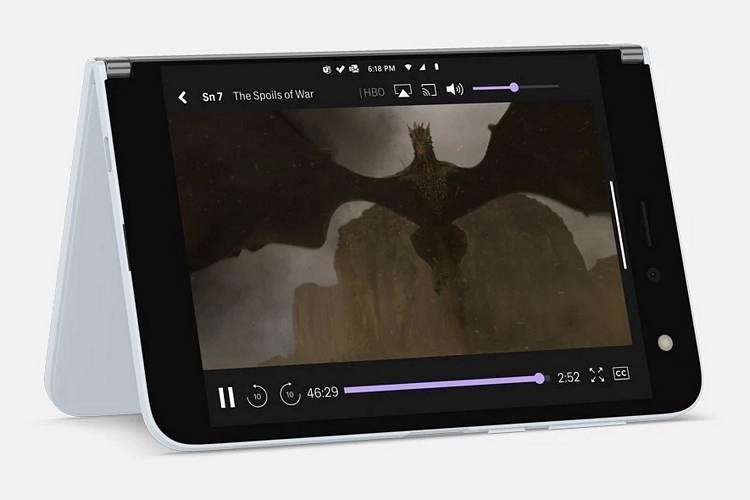 The Microsoft Surface Duo comes with two 5.6-inch AMOLED touchscreens attached together using a 360-degree hinge, allowing you to open it flat like a tablet, angled like a laptop, or flipped over completely with the two screens facing outward back-to-back. You can use it like a regular smartphone by simply folding the second screen back, allowing you to scroll through track lists with one hand, put the phone comfortably on your ear for calls, and play whatever games you usually pull up while killing time throughout the day.

Unlike your favorite iPhone or Samsung Galaxy device, though, it can be used like two separate smartphones by running individual apps on each separate screen, so you can have your browser running on one and a map app on the other when planning the itinerary for your next trip. You can also use one screen as a digital keyboard while the other screen runs a word processing app, allowing you to use your phone like a mini-laptop for better productivity. Suffice to say, you can get a lot more done much more efficiently than you ever could on a traditional smartphone. 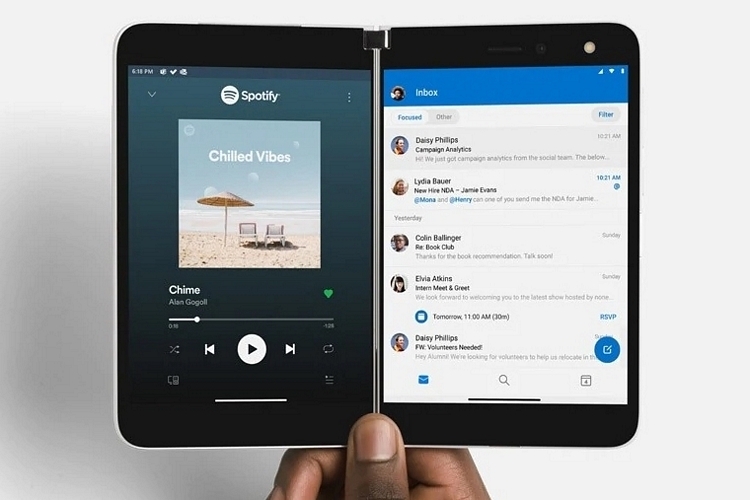 The Microsoft Surface Duo can also be used as an 8.1-inch tablet, so you can browse websites, read documents, and perform other tasks on a larger screen with a 3:2 aspect ratio. Do note, this should only work for compatible apps, so you won’t be able to use the full screen real estate with every software you have installed. We have no idea which apps will be compatible at launch, but we expect Microsoft’s own preloaded apps to automatically support the feature, including their Office Suite, PDF Reader, OneNote, News, Teams, and more. 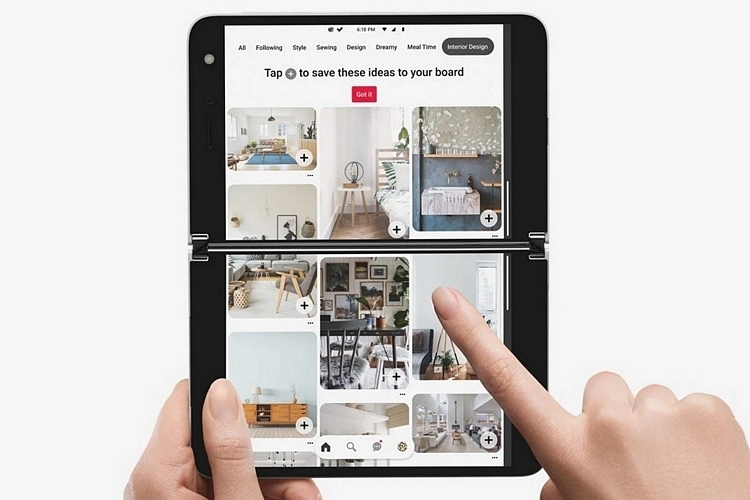 The device comes with an 11-megapixel adaptive camera on both front and rear, which boasts 4K video recording at up to 60 fps, gyro-based digital video stabilization, and HDR multi-frame photo capture. Inside, it’s powered by Qualcomm Snapdragon 855 system-on-a-chip, 6GB of RAM, and up to 256GB of internal storage. Other features includes support for all Surface Pen models (including simultaneous pen and touch interactions), a fingerprint reader, dual mics with noise suppression, a battery rated at up to 27 hours of talk time, and all the usual wireless connectivity (LTE, Wi-Fi, Bluetooth, GPS/GLONASS).

The Microsoft Surface Duo comes out September 10th, priced at $1,399.