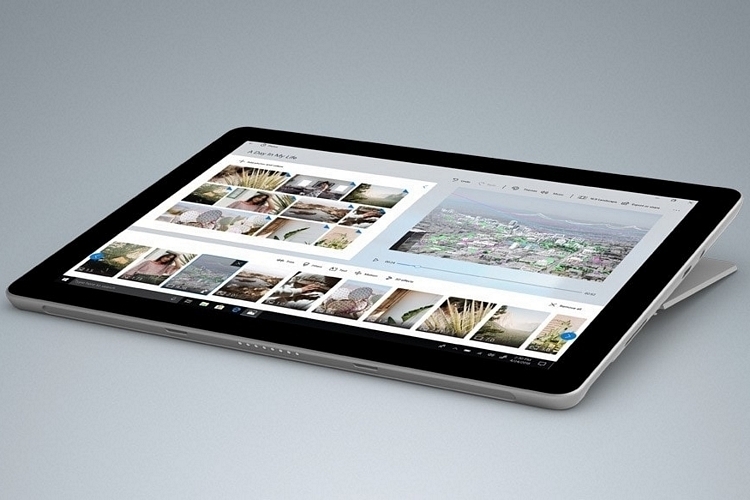 We’re big fans of Microsoft’s Surface tablets, with their versatile productivity functions, excellent battery life, and silent operation. Problem is, it’s far from affordable, keeping most students and people on a limited budget away from Microsoft hardware. The outfit is looking to change that with the Microsoft Surface Go.

The smallest and lightest tablet in the line, it retains the same sleek styling as its predecessors, all while coming in at a far more affordable price. More importantly, it lowers the price barrier still running Windows 10 (albeit the S mode variant, although you can always trade it for the full build via the Windows Store free of charge), allowing it to serve as a full-featured laptop when paired with a mouse and keyboard. 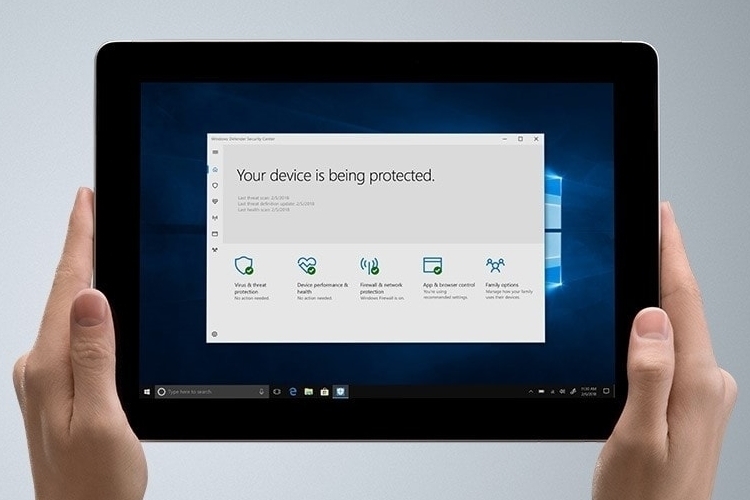 The Microsoft Surface Go sports a 10-inch display that boasts 1800 x 1200 pixels of resolution, along with a 1500:1 contrast ratio and 10-point multi-touch. That means, you can use all 10 fingers to perform actions onscreen and have every single one register properly. Yes, we have no idea what tasks will require you to use 10 fingers at once, but if you ever encounter one, this thing should handle it with ease. It uses the same PixelSense display as other Surface tablets, too, which means this will be bright, crisp, and easily viewable from a lot of angles.

While it mirrors the more expensive Surface tablets from the outside, it’s another story underneath the hood. Core hardware consists of an Intel Pentium Gold CPU, Intel HD 615 graphics, 4GB of RAM (there’s a more expensive 8GB option), and dual storage (a 64GB eMMC drive and a 128GB SSD), so forget about gaming, video editing, and CAD modeling, as this machine’s function is likely restricted to basic productivity tasks. It also has a 5.0 megapixel front-facing camera (with Windows Hello, of course), an 8.0 megapixel shooter in the rear, and just a single microphone, so we’re not sure how well this picks up audio during video calls. 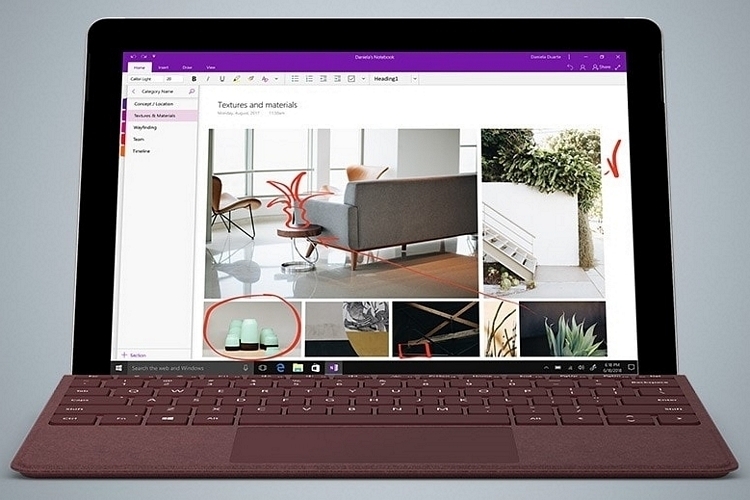 The Microsoft Surface Go, naturally, comes with both Wi-Fi and Bluetooth, as well as a small selection of ports, namely a USB-C slot (the first Surface to get one, in fact), a headphone jack, and a microSDXC reader. As with other Microsoft tablets, you can only use it as a laptop with the purchase of a keyboard cover, which snaps magnetically at the bottom edge of the device to give it a functional keyboard. Just snap on the keyboard cover, adjust the hinge in the back, and you’ve got yourself a proper laptop. And, yes, this uses the same infinitely-adjustable hinge as its more expensive siblings, which means you can lean the display at absolutely any angle you want. 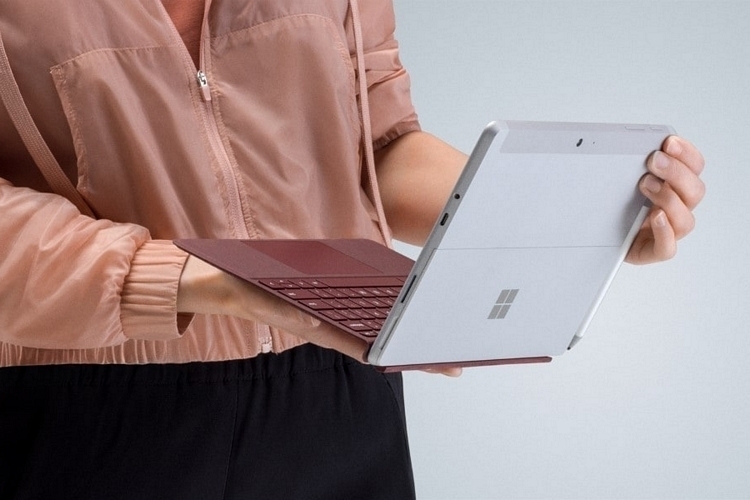 Other features include a battery rated at nine hours of operation, dual speakers, and Office preinstalled. Do note, the Surface Pen isn’t included as part of the package, so you’ll have to buy one separately if you want to use the tablet for drawing applications.

Slated for availability August 2nd, the Microsoft Surface Go is priced at $399.