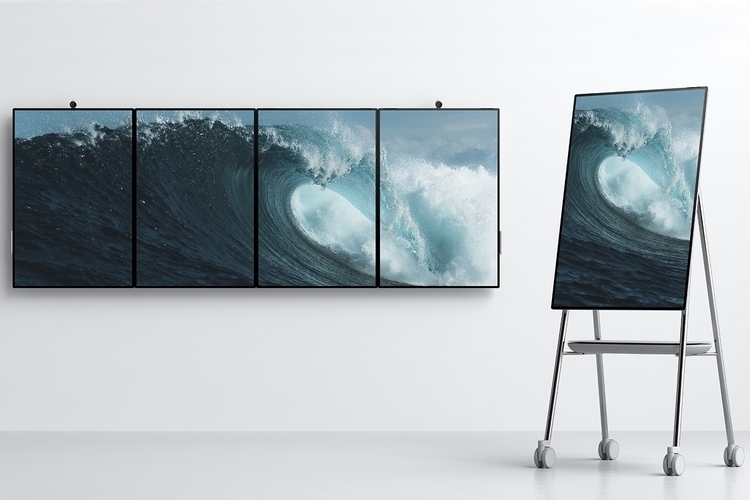 According to Microsoft, around 5,000 offices across 25 markets have traded in the whiteboard for the outfit’s giant touchscreen computer. Yes, it doesn’t sound much, but it doesn’t really matter:  giant tablets that encourage collaboration is likely the future of the office boardroom. That’s why the outfit is doubling down in the category in the form of the Microsoft Surface Hub 2.

The newest version of Microsoft’s digital whiteboard solution, the device builds on the original computer by adding even more collaboration tools. According to the outfit, the entire platform was designed from the ground up to be used by teams, whether they’re in the same room in the office or in different parts of the world. 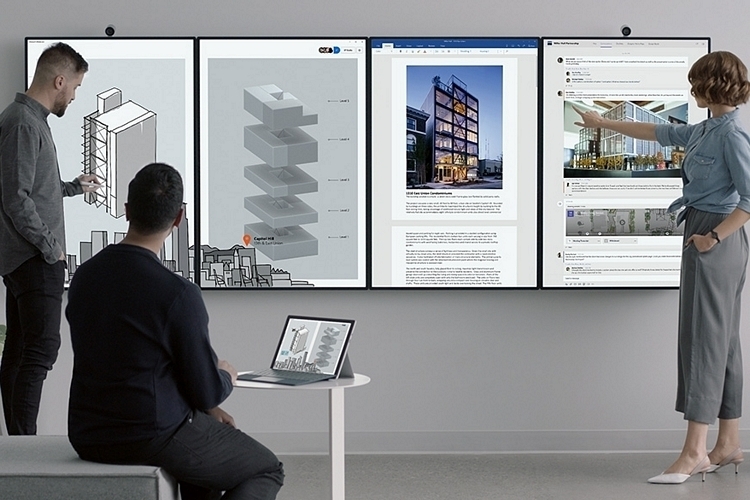 The Microsoft Surface Hub 2 has a 50.5-inch display with 4K resolution and a touchscreen panel that can interact with multiple people at a time. That means, you can have multiple people tapping and swiping on the screen with everything registering as expected. Unlike the previous version, the new device also allows multi-user sign-ins in one machine, so the entire team can access any data or file they need without having different people alternate between logging in and logging out. It retains the same 3:2 aspect ratio as its predecessor, too, which, according to the outfit, provides the ideal amount of usable space to create and collaborate.

A 4K camera makes it easy to have face-to-face meetings even when all members of a team are scattered across different locations, with the camera repositioning itself when used in portrait mode, so it will always have the same field-of-view, regardless of what orientation it’s mounted in. As with the original, it boasts deep integration with Microsoft’s expansive suite of applications, from Windows 10 and Office 365 to the Team chat app and Whiteboard. 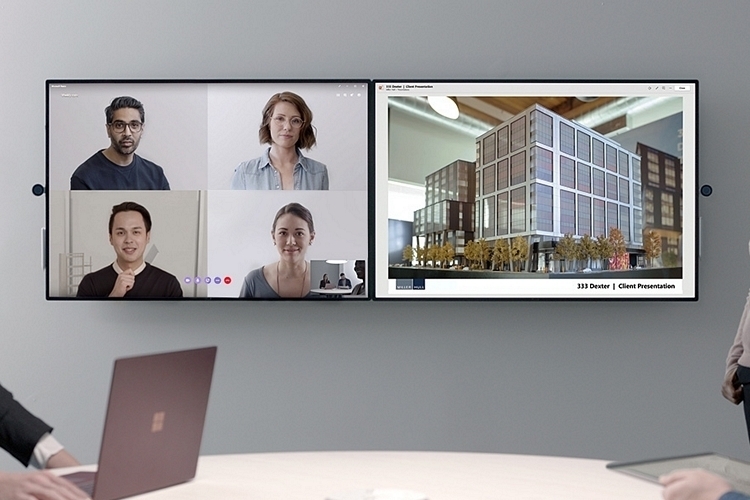 While a 50.5-inch screen does sound plenty big, office whiteboards are usually much bigger. We’re guessing that’s the motivation behind the Microsoft Surface Hub 2’s new tiling option, which allows users to mount up to four screens right next to each other, providing screen real estate that’s comparable to the size of large whiteboards typically found in offices. And, yes, all four screens are meant to work as one, so using them in that configuration should feel intuitive and very natural. 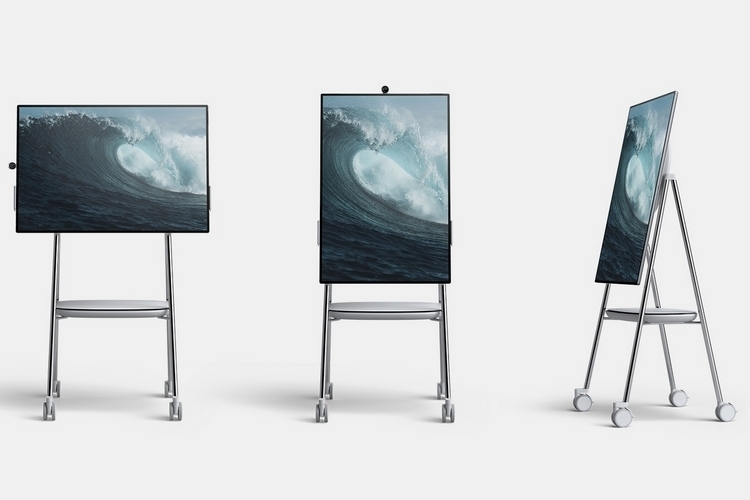 Since one of these giant computers represent a significant investment, it’s probably not fair to expect an office to purchase multiple units for different rooms in the office. As such, Microsoft partnered with Steelcase to offer easily removable wall mounts and rolling stands, which should make it easy to move the device from one room to another. With the mounts, you can place the screen in one room and move it to another by physically carrying it out, which, we guess, may not be the best solution for everyone. As such, there’s also a rolling stand with integrated casters that makes moving the Hub 2 from room to room a more convenient affair.

No pricing has been announced for the Microsoft Surface Hub 2, but it’s expected for release in 2019.