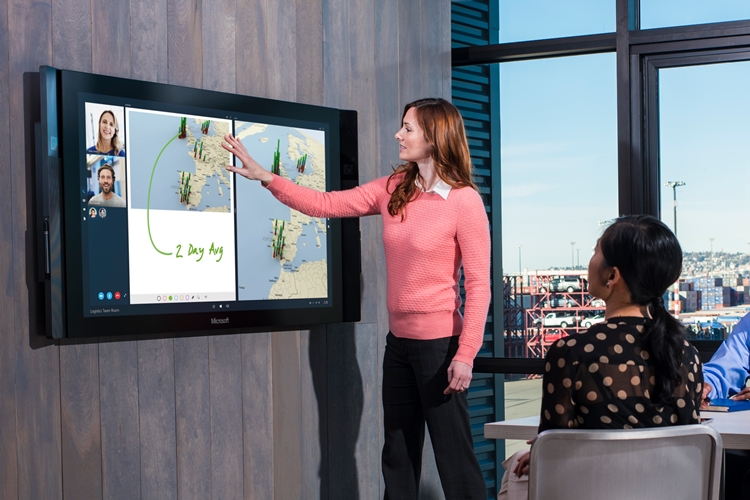 Your all-in-one computer is probably nice and all, but tell me you wouldn’t trade it in if you can afford to shell out cash on the Microsoft Surface Hub, a monster-sized all-in-one PC designed for workplace use. And, possibly, rich people’s homes.

Designed for collaborative work, it features a massive 84-inch, 4K resolution screen that makes it easy for people to work on a single display. Even better, it comes with a pressure-sensitive pen that attaches magnetically to the side, allowing you to use the machine as a digital whiteboard display (as soon as the pen is removed from the side, OneNote Whiteboard automatically launches). Up to two pens can be used on the device at the same time. 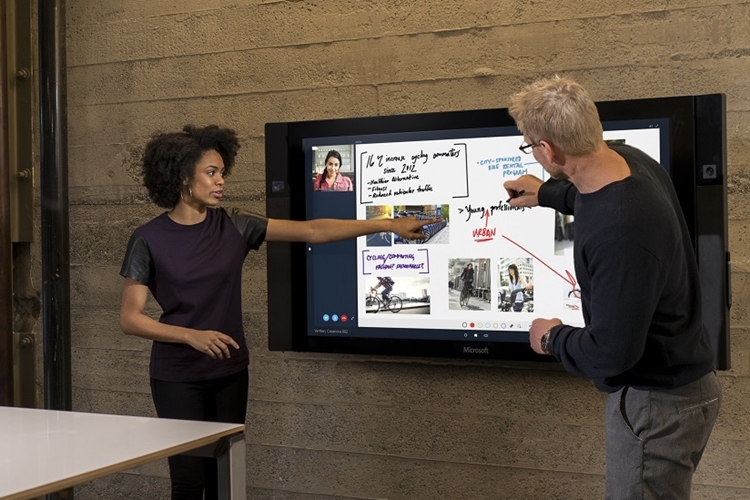 While the company didn’t give any detailed specs, the Microsoft Surface Hub is a full-fledged all-in-one, with all PC components (CPU, RAM, hard drive) and peripherals (camera, speakers, WiFi, NFC, sensors, and more) on board. As with every new hardware the company is releasing from this point forward, it runs Windows 10, which will come with special, large-screen apps likely designed to enable these kinds of setups. If you’re presenting, you can use it as a giant monitor using a wired connection, as well as send content wirelessly if you’re using a Windows 10 machine (phones and tablets included) and via Miracast if you’ve got a compatible Android device. Plus, it’s a real Windows 10 PC, so if you put one at home, you can use it as your average everyday 84-inch computer. Or something like that.

No pricing or release dates have been announced for the Microsoft Surface Hub.