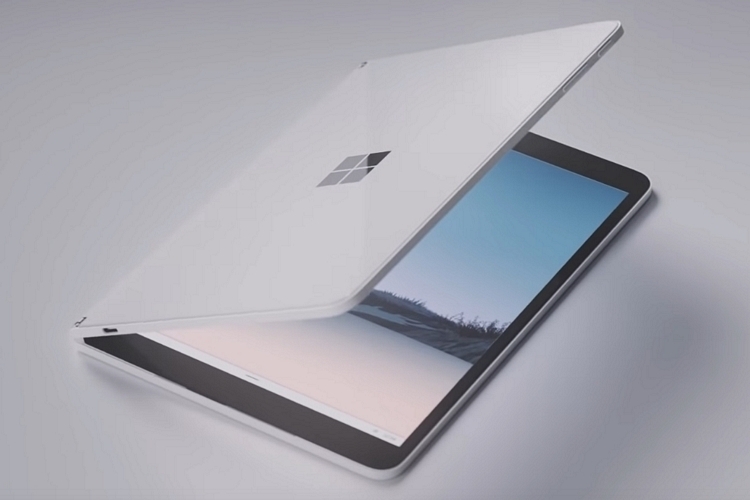 Are dual-screen devices the future of mobile computing? We don’t know. Just in case it is, Microsoft wants in on the docket early with the Microsoft Surface Neo.

Designed to fill the gaps in experiences between tablets and laptops, the device can function as a tablet, a laptop, or something else that’s entirely different. Whether that latter function turns out to be genuinely useful or just mere novelty is, most likely, what will define its success. 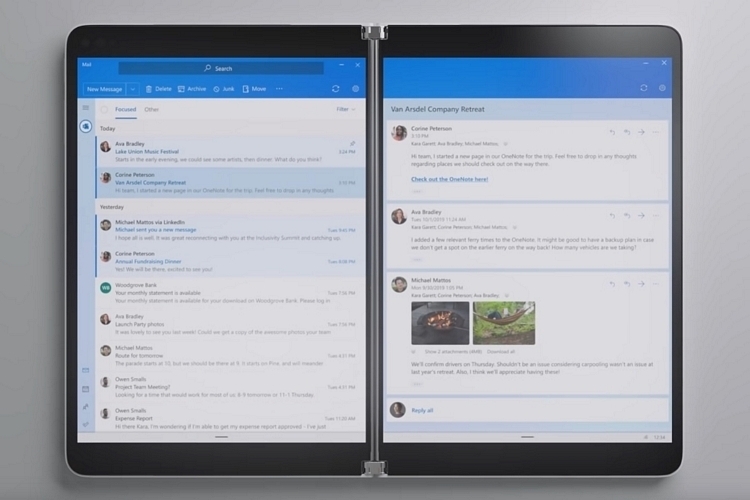 The Microsoft Surface Neo consists of two 9-inch tablets that are hinged together, making it look like one of those compact netbooks from back in the day whenever it is closed. Unlike those netbooks, it can be opened flat, at which point it gets you a spacious 13-inch tablet that can be used as either a single display or two separate ones. It can also be opened like a laptop, with one screen propped up and the other laying down flat, at which point, you can use the slim Bluetooth keyboard that’s designed to lay on top of the lower display to turn it into a laptop device. That keyboard, which takes up around two-thirds of the screen, can be situated at the top section of the display or on the lower end. In the latter configuration, the exposed display above it becomes a miniature second screen (like Apple’s Touch Bar) for gesture writing, shortcuts, and a host of other functionalities.

Similar to convertible notebooks, the device can also be folded with both screens exposed, which allows you to keep working on one display while another person checks something else on the other. You can also open it like a notebook, with both screens in portrait orientation, whether for reading ebooks, taking notes, or whatever other use-cases people can come up with in the future. 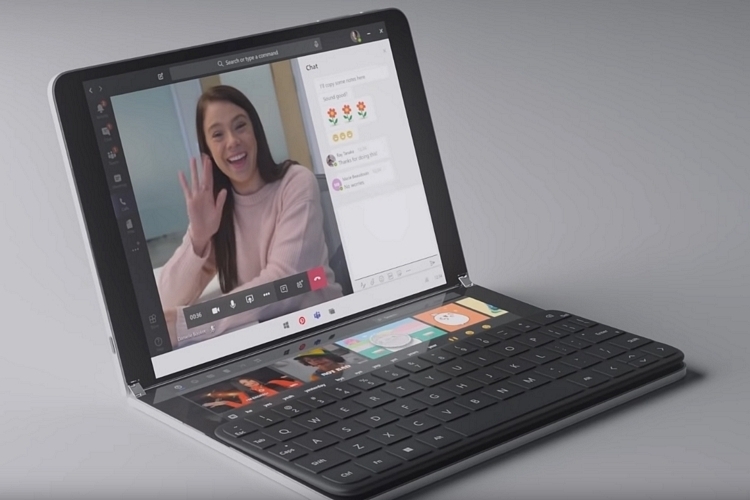 The Microsoft Surface Neo, of course, doesn’t run a regular Windows build. Instead, it’s running on Windows 10X, a new build that, the outfit claims, has been optimized to run for dual-screen devices like this one. So far, Microsoft hasn’t really revealed the exact functions they’ve baked into the modified OS, but we’re hoping they turn up some killer applications in there, since, let’s be honest, this dual-screen design definitely seems interesting and a whole lot more feasible with the slim tablets we have now, compared to just a few years back. 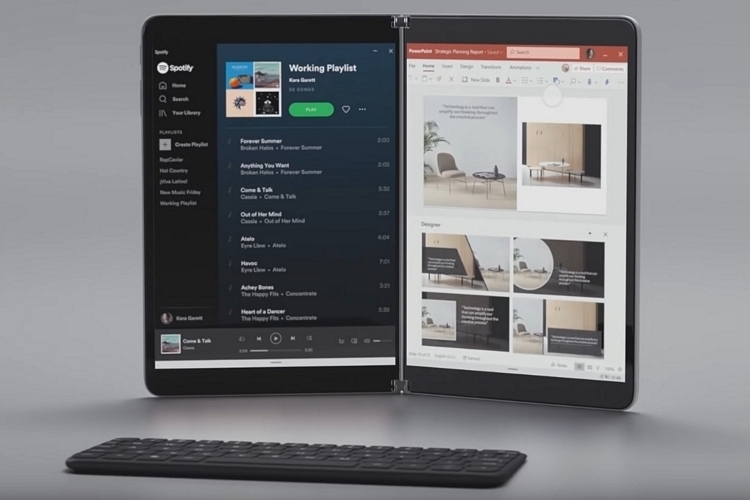 According to Microsoft, Windows 10X is intentionally designed to look and feel the same way as the current generation of Windows. That means, current Windows users should be familiar enough with it that there’s no learning curve whatsoever. It will also run traditional win32 desktop apps, so all the legacy software you continue to use will stay functional on this machine. Aside from Microsoft, other companies like Dell, HP, Lenovo, and Asus are also making their own dual-screen devices to take advantage of Windows 10X. Obviously, third-party developer support will be crucial here, so hopefully some folks out there can figure out some killer apps for this thing.

The Microsoft Surface Neo is scheduled for release in the fall of 2020.