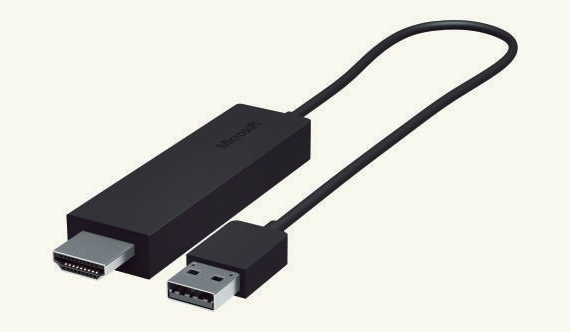 We’re huge fans of the Google Chromecast, but there are some situations where it may not be the best way to stream content onto a TV.  Like when you’re in a hotel and don’t have access to the WiFi, for instance.  Those are the situations where the Microsoft Wireless Display Adapter will come in handy.

Since it doesn’t require a WiFi connection, you can simply plug it into the hotel room’s HDTV and instantly send content from your tiny phone to the big screen.  It uses mirroring, so it will sap your battery life, but since you’re in a hotel, you can keep the phone plugged in the entire time at their expense.  Nice. 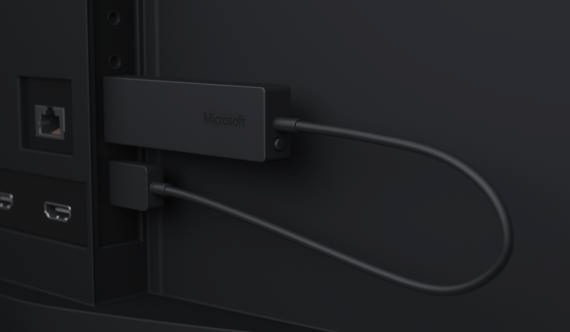 The Microsoft Wireless Display Adapter consists of two dongles, tethered to each other via cable.  One plugs in to the HDMI slot and the other sticks into the USB for power.  It uses the Miracast screencasting standard, so you can stream up to 1080p video and 5.1 surround sound.  Aside from TVs, it can work with any HDMI-equipped display, including projectors and monitors, so you can totally stick this into a co-worker’s desktop display, stream porn in the middle of the workday while the boss is passing by, and get him out of the running for that promotion you’ve been angling for.  Win.

The best part?  This isn’t strictly for streaming using Microsoft products, as it will work with anything that supports Miracast over WiFi Direct.

At $59.95, the Microsoft Wireless Display Adapter is more expensive than both the Chromecast and Roku Streaming Stick, so it might not be the easiest sell.  Still, if it will work for your situation, the price isn’t exactly a total deal killer.