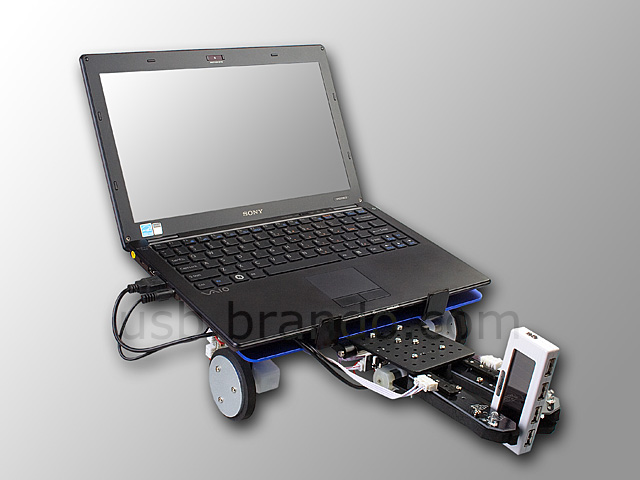 Need a roving security robot to watch your palatial abode while you languish in a cubicle at work?  Do it on the cheap with Midbot, a mobile robot kit that you can use to roam the house and send you video feeds of what it sees, among other things.

To keep costs down, the kit itself doesn’t come with a webcam or a communications system.  Instead, it’s meant to be used with a computer you supply yourself (a netbook or an old laptop will do, provided they weigh 1.5kg or less).  Plop the computer on the included tray, plug it into the robot using the supplied cables and you’ve got yourself a full-featured roving mechanoid keeping watch of any areas you want it to. 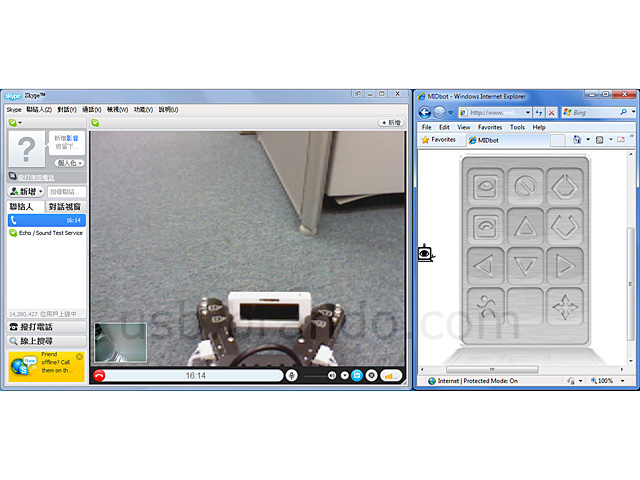 On its own, the Midbot consists of a laptop tray with a set of wheels and an interactive arm.  It can move forwards and backwards, as well as turn left and right, allowing it to access most areas within a floor.  The tray is angled for optimal webcam position, but can be raised or lowered to facilitate a wider vertical range for the camera.  You can use the arm for gripping and pushing any objects you find on the floor.

The operator can watch what the robot sees and give it commands over the web.  It comes with its own software for controlling movement and recommends using your favorite IM software for the video feeds (e.g. Skype).   Support is restricted to Windows machines.

Granted, it’s far from the most sophisticated robot you can own, but the Midbot’s mobility, coupled with a controllable arm (it’s actually more like a claw), should make for plenty of fun uses.  It’s available from Brando for $319.