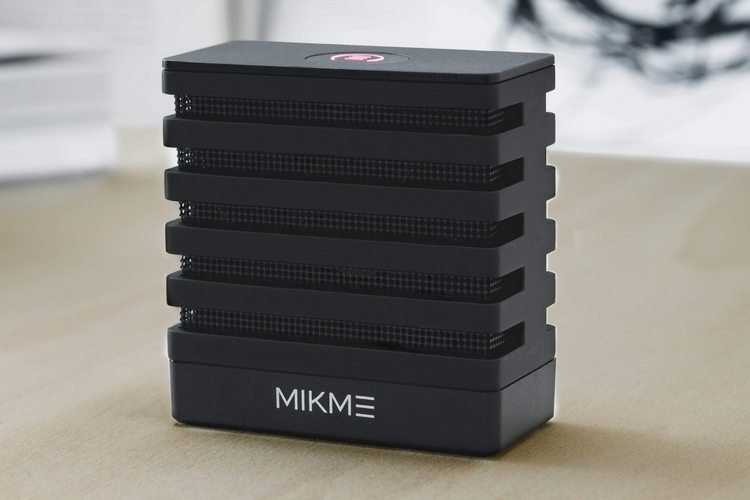 Recording your voice is as easy as ever with many consumer electronics coming with an integrated microphone. Recording your voice in a way that’s good enough for professional applications, however, is another thing entirely. While there is a growing number of affordable pro-grade microphones out there, Mikme is unique in that it lets you make professional recordings without having to deal with a mess of wires.

A pro-grade wireless recording microphone, it lets you record audio straight to a smartphone without having to tether them to each other. That means, you can perform your recordings from one corner of a room while saving it to your phone in another corner without running a cable from one location to the other. 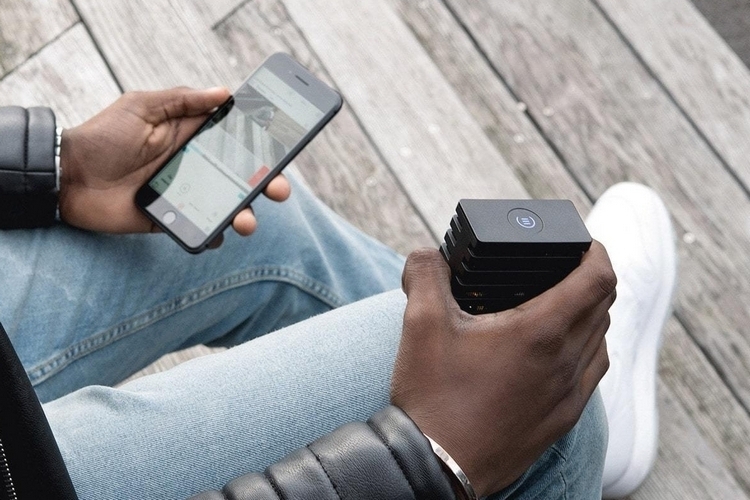 The Mikme measures just 5.4 x 5.4 x 2.2 inches (height x width x depth) and weighs less than half a pound, making it easy throw in your pack for bringing a recording setup anywhere you go. It can stream audio wirelessly over Bluetooth to any iOS device (yep, iOS only), making it a very convenient tool, whether you’re recording podcasts, making vocal tracks, or looking to improve the audio for your YouTube channel. When used with an iPhone or iPad, it can even sync the audio directly with the video, so the finished recording will contain perfectly-synced audio directly from your mic. You can also save audio straight to the 16GB onboard flash drive, in case your phone is out of Bluetooth range.

For those times you’re not working on your iPhone, the device also comes with a USB connector and a 1/8-inch audio jack that you can use to output the sound to other devices. Using the USB slot, it can work tethered with any Android phone, as well as Windows and Mac PCs. With the audio jack, it can be plugged in to DSLRs (in case you want to use it as a mic for your video recordings), or a mixer (for use as a studio mic). There’s also a 3/8-inch thread for mounting on mic stands, as well as a ¼-inch thread for mounting on tripods, so both musicians and videographers can use it with their existing gear for added convenience. 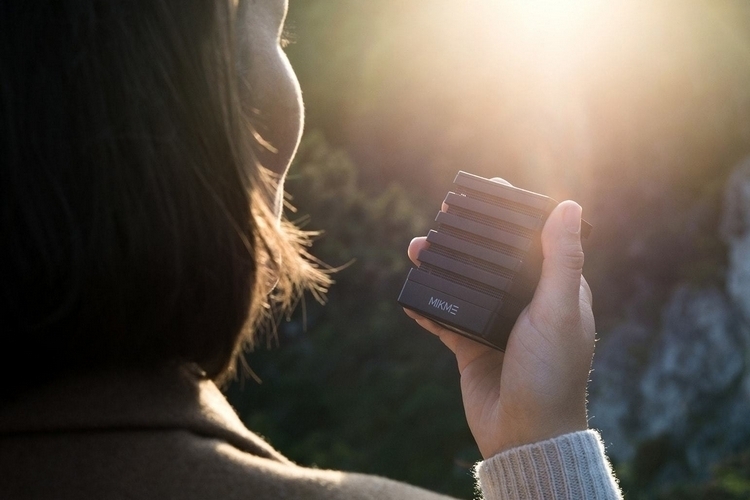 The Mikme houses a one-inch gold-plated condenser with a cardoid polar pattern, so you can easily manage which direction it picks up sounds, making it easy to avoid ambient noise during recordings. It can record audio up to 24-bit/96kHz, with the onboard storage able to accommodate up to 34 hours of WAV format audio. Since it functions untethered, the device uses a rechargeable battery that allows it to run for up to 3.5 hours with Bluetooth running (slightly longer if you’re saving to the onboard storage). 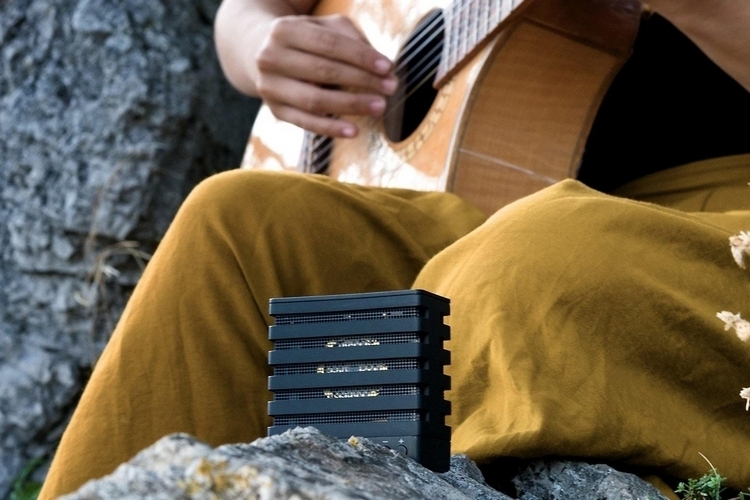 Do note, when used wirelessly with an iOS device, you can only produce recordings using the companion app. That’s because the app’s secure audio transmission, packet loss detection, and auto-syncing won’t be available from other recording apps, which the mic requires to function fully untethered.