In The Future, We Will Really Be Flying Planes Using Just Our Minds 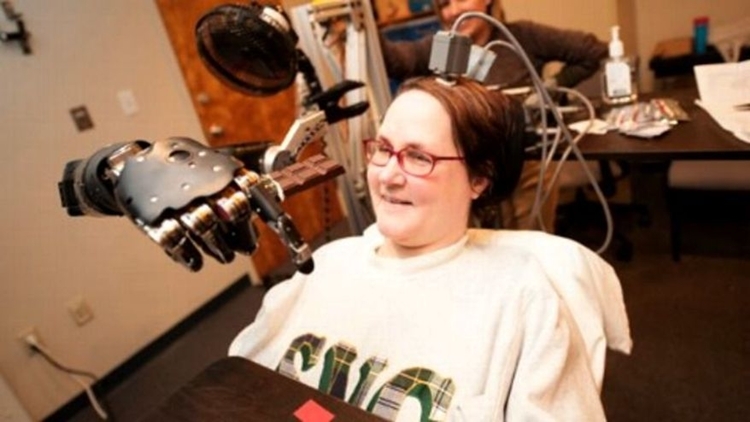 It’s the kind of stuff we’ve relegated to science fiction, but, apparently, flying planes using just our minds isn’t that far off. At least, that’s the conclusion we can derive from one of DARPA’s recent experiments, which had a quadriplegic successfully pilot an F-35 flight simulator using nothing but her thoughts.

The woman, Jan Scheuermann, is a 55-year old mother of two who had been implanted with a pair of pea-sized electrodes in the left motor cortex of her brain back in 2012, which she has since successfully used to control a robotic arm. This time around, she used it to maneuver an entire vortual plane. Not by operating a joystick with her thoughts, either, but by controlling it directly as if the plane had a mind of its own, which it also just happened to share with her. Yeah, sci-fi stuff, indeed.

DARPA director Arati Phabhakar announced the breakthrough last week at the Future of War conference, noting that Scheuermann flew the simulator “directly from her neural signaling.” She cites the successful experiment as another step in freeing “the brain from the limitations of the human body,” opening up a whole Pandora’s box of possibilities for the future of mankind, well beyond being able to control prosthetic limbs for amputees and paralyzed individuals, which was one of the original goals of Scheuermann’s recruitment. Mind-controlled robots that will carry out your bidding simply by thinking about it, anyone? Yes, please.

You can read more about it from the link below.