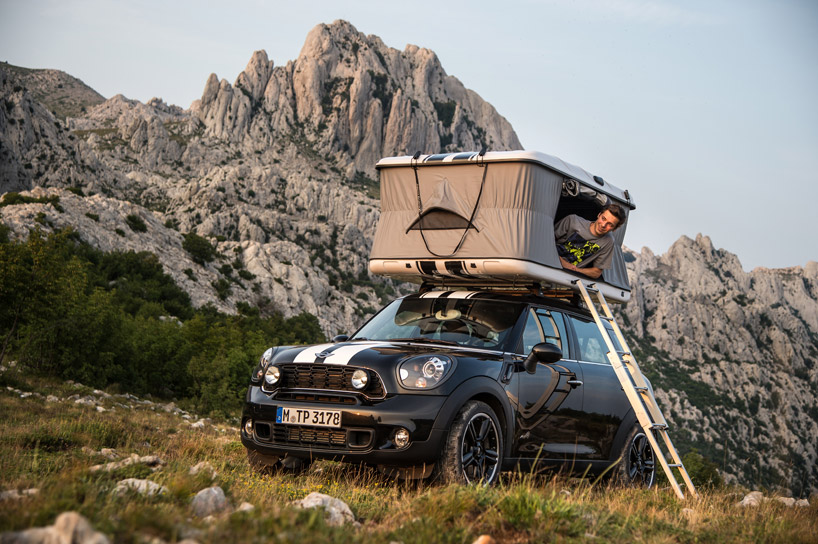 Let’s be honest: a Mini is the last thing you’ll think of taking when going camping (well, maybe second to last next to a Smart Fortwo).  The automaker is looking to change that with three new concepts, namely the Clubvan Camper, the Cowley Caravan, and the Countryman ALL4 Camp, that turn the luxury compact into a capable-looking adventure ride. 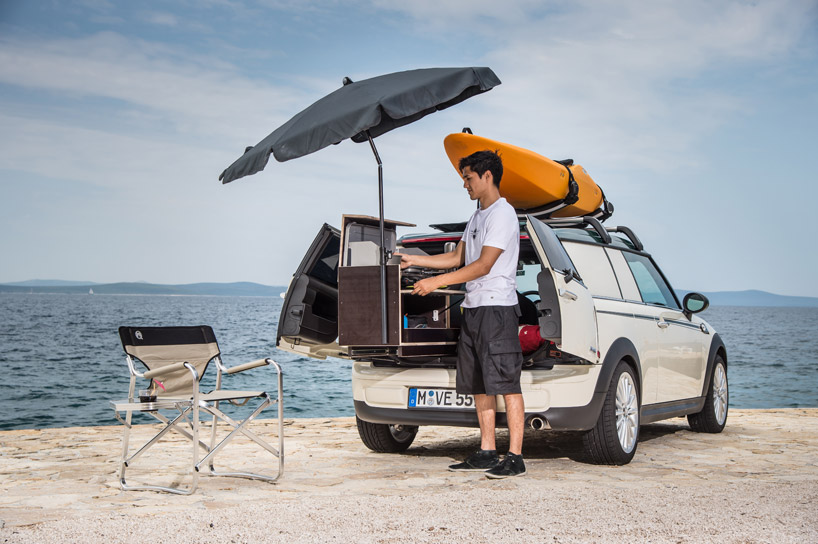 Styled as a functional home on wheels, the concept converts the Mini’s rear compartment into a one-person sleeping berth, with a pull-out kitchenette installed right next to the bed.  The kitchenette isn’t anything to sneer at, either, with a propane stove, a chest fridge, and plenty of storage space for various kitchen items.  And since slumming it outdoors is no excuse to turn into an unwashed mountain man, it also comes with a handheld shower that’s connected to a water tank stored under the load floor.  Other features include onboard satellite navigation, TV, auxilliary heater and a small glass panel by the rear roof for stargazing while lying in the bed.  Of the three, this car probably showcases the Mini’s philosophy of creative space utilization, literally maximizing every inch of the vehicle’s admittedly limited interior and exterior areas. 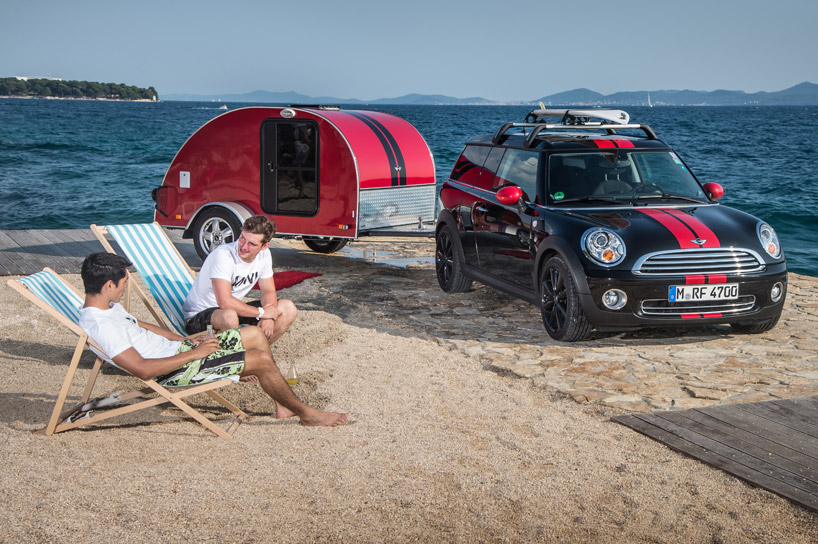 Instead of turning the rear cargo space into an improvised camper, this one adds a separate Cowley trailer for towing by your Mini, allowing the car’s interior to serve as storage compartments for your gear instead.  The trailer features a host of amenities, including sleeping bunks for two, a twin-burner gas stove, a water tank with pump and sink, TV, fridge, audio equipment, onboard battery with a 230-volt connection, and a solar panel for replenishing charge while on the go.  Plus, there’s plenty of shelf space in the trailer for taking a whole load of stuff, from coolers to cutlery to dinnerware, so this actually makes for quite a comfortable camper. 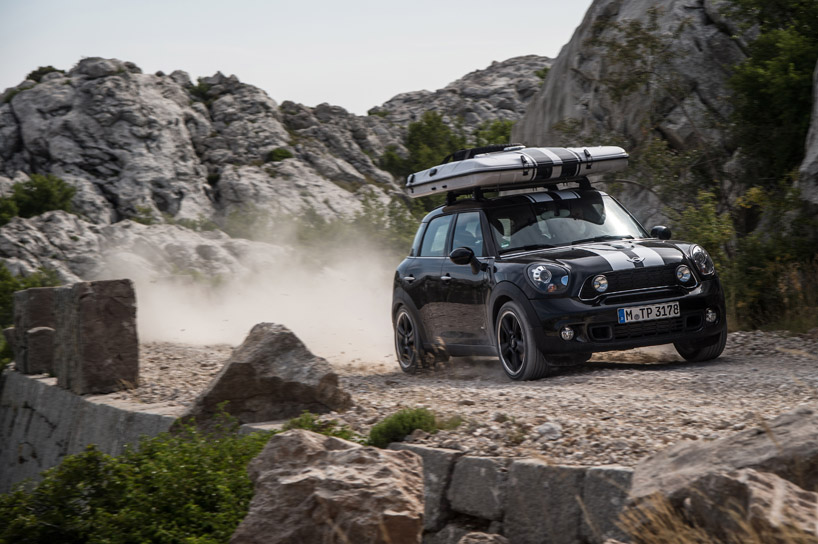 Among the three concepts, this one feels like the real adventure ride.  Not just because it’s fitted with an intelligent all-wheel drive system for navigating rough terrain, but it features a pop-up tent right on the roof.  When not in use, the tent folds into a low-profile box, all while managing to sleep a pair of campers comfortably when set up.  We’re guessing it’s not a good idea to drive the car with the tent propped up, but we’re also certain people will be trying that with someone sitting inside so, yeah, this car sounds like it will make for some fun stories.  Plus, there are specially-fitted bicycle racks on the rear, as well as plenty of room for storage inside, making it the kind of ride you’d willingly bring to haphazardly-planned getaways.

Since these are concepts, we doubt you’ll be able to pick up any of these three vehicles from a Mini showroom any time soon.  Given the amount of camping gear available out there and the number of outfits who customize vehicles for outdoor adventures, though, we have a feeling you can turn an erstwhile regular Mini to resemble something that approximates any of these concepts without much trouble, provided you can wing the costs.

Tons of more images and info at Designboom