Mini Hornit Can Make Your Bicycle Sound Like A UFO, A Never-Ending Burp, And 23 Other Fun Sounds 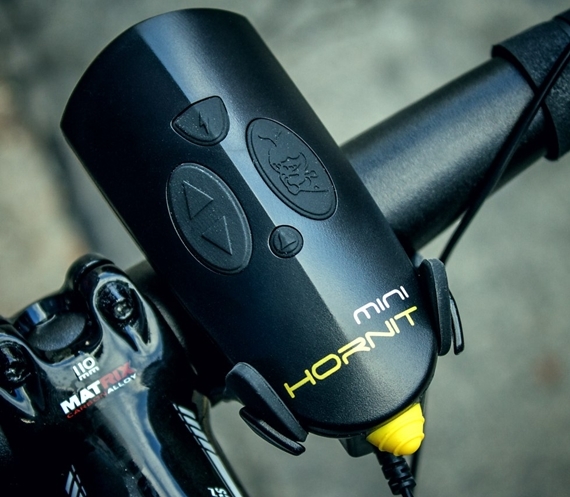 I’ve never put a horn on a bike, since I can always just scream at the top of my lungs if I need somebody to know I’m coming through.  But what would happen if an evil genie escaped from a bottle and stitched my mouth shut, so I cannot make a single sound anymore?  Well, I’ll probably buy one of these Mini Hornits, a bike horn and headlight combo that’s loaded with over two dozen different sounds to herald your arrival.

Naturally, it comes with standard bell and horn sounds that have been a staple in bicycles for years, if you don’t like being flashy when trying to get attention on the streets.  It’s designed for kids, though, so it comes with 23 other sounds that range from animal noises (lion, elephant, horse, and more) to vehicles (F1 cars, helicopters, even a UFO, among others) to juvenile stuff (burps and farts – really). 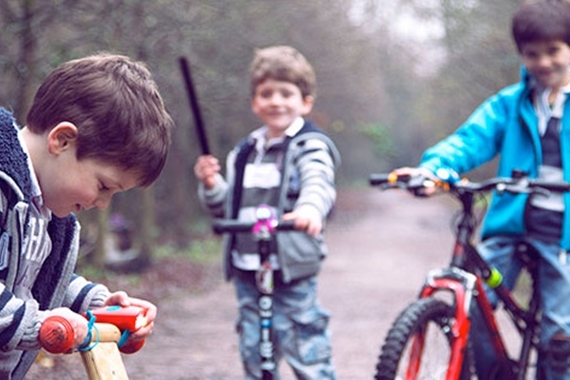 The Mini Hornit installs on bicycle and scooter handlebars using rubber wings that can be quickly clipped on for easy mounting, instantly giving any ride a selection of light and sound effects.  It comes with three sound levels (from relatively quiet 70 decibels to loud 90 decibels), as well as two light colors to switch from (either 12-lumen white or 12-lumen green), with constant, slow flash, and fast flash modes.  A remote trigger that can be attached along the grip is included, so you can quickly activate the light and sounds without having to lift a hand.  It’s also shower proof, so kids can ride their bikes in the rain with this thing in tow, and runs on two AAA batteries (up to 7 hours in constant light mode). 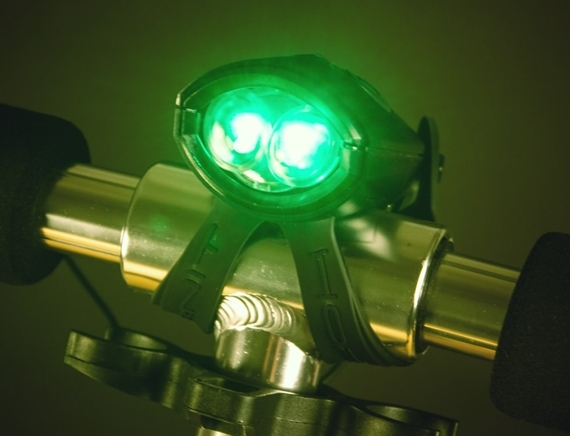