This Mini-Monster Truck Will Crush Lawns, Gardens, And Lemonade Stands With Ease 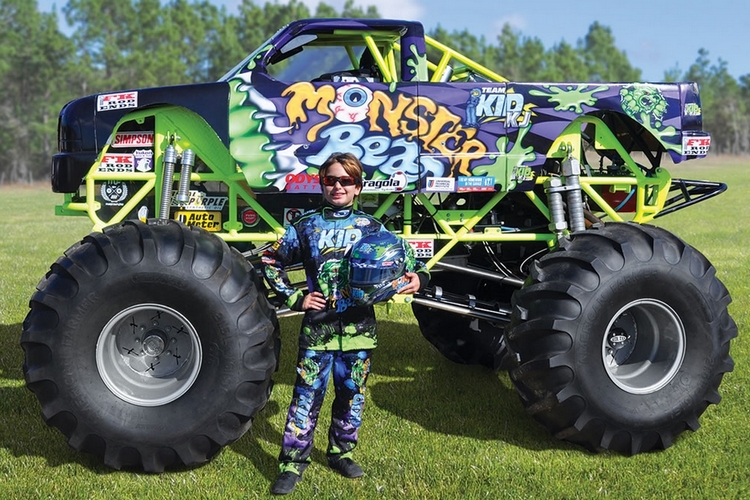 Kiddie cars are getting more ridiculous than ever. From tricked-out kiddie cars to mini-exotics to drift-optimized Crazy Carts, there’s never been a more fun time to be a kid who loves getting behind the wheel. Nothing we’ve seen, though, has ever been more ridiculous than this Mini-Monster Truck that your kids can use to run over every single one of the kiddie cars parked in their mini-garage.

Standing at around half the size of real monster trucks, it’s quite possibly the largest kiddie car you’ll ever find. Have your kid climb in, start the engine (yes, it has a real engine), and watch as every single manicured lawn, well-trimmed garden, and yard decoration in the entire block get run over as the truck carves a path of absolute destruction. 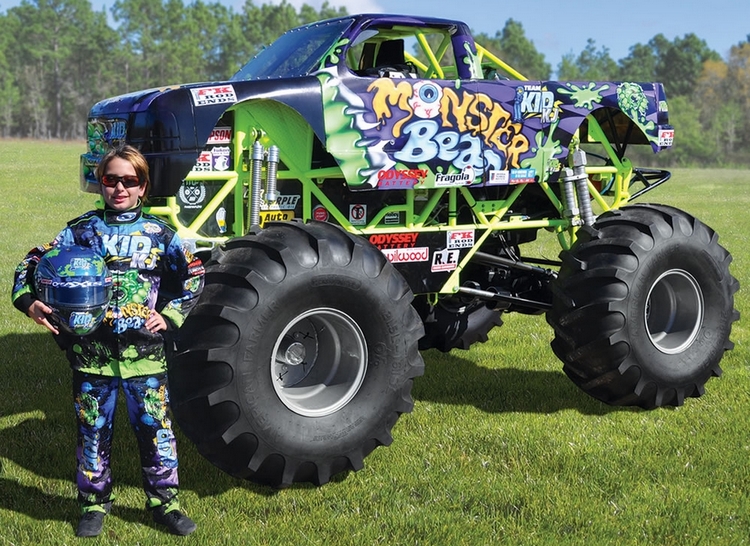 The Mini-Monster Truck measures 10.75 x 8 x 7.5 feet (l x w x h) and weighs a whopping 4,500 pounds. It’s built around a four-cylinder Ford engine that can deliver top speeds of up to 25 mph, with a robust steel chassis that can survive flips, crashes, and the hardest bumps your terrain of choice can deliver. Features include a two-speed transmission, four-wheel drive, hydraulic steering, nitrogen-powered shock absorbers, and tires that measure 3.5 feet in diameter. It even comes with LED lights for night driving, onboard speakers for rocking out, integrated GoPro for recording the carnage, and even a nitrous oxide system for giving the truck a boost when performing jumps.

Granted, this Mini-Monster Truck isn’t the kind of ride a kid in the suburb is likely to get for Christmas. Instead, this is more like the kind of extravagant toy a kid living in a giant mansion with an equally gigantic backyard will receive for no reason other than his parents are loaded as heck, especially when you take into account the fact that it costs a whopping $125,000.