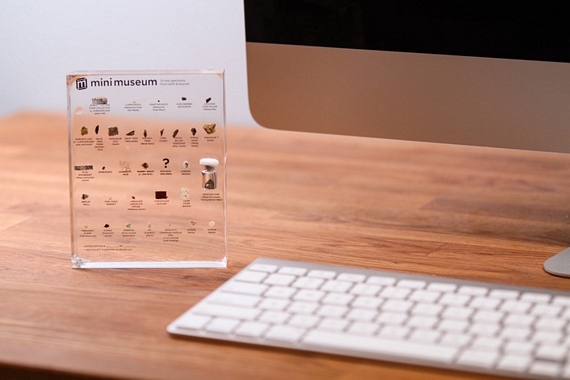 The Mini Museum is a desktop display case that holds some of the most interesting specimen artifacts in the world.  And you can have it sitting right on your desk.

Created by Hans Fex, it’s a portable collection that contains small chunks of rare artifacts, duly cataloged and labeled for your daily perusal.  These aren’t fake replicas, either — instead, they’re supposed to be real deal authentic curiosities, containing bits of legit items that he has procured over the years. 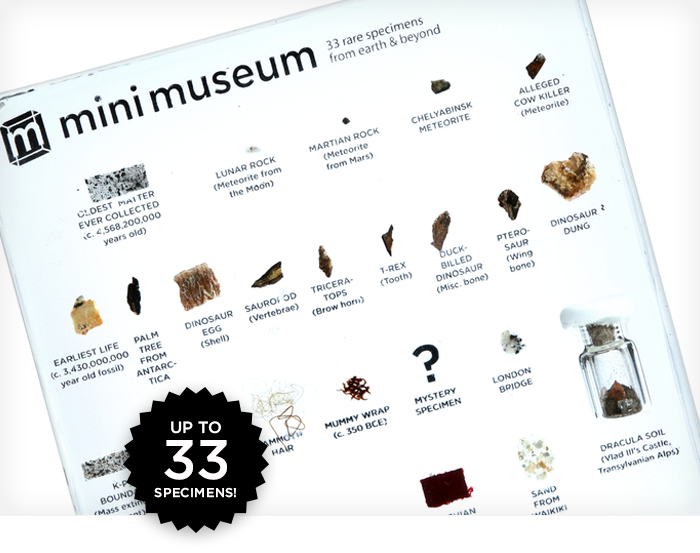 Three sizes of Mini Museums are available: small (contains 11 specimens), medium (contains 22) and large (contains 33).  The fragments encased in the panel come from a variety of equally interesting sources, namely:

Whew.  Yeah, that’s a heck of a lot of awesomeness right there.  Each Mini Museum is handcrafted in a transparent resin case, making for a beautiful decorative piece that looks great whether on your workdesk or the living room shelf.  The catch?  None of the items appear to be authenticated, so they could very well have come from Hans’ mama’s backyard.  Or something like that.  Seems legit, though.  Plus, at $239 for the large display panel, it’s quite a gorgeous piece for the price.  You can reserve yourself a unit from the official Kickstarter campaign.