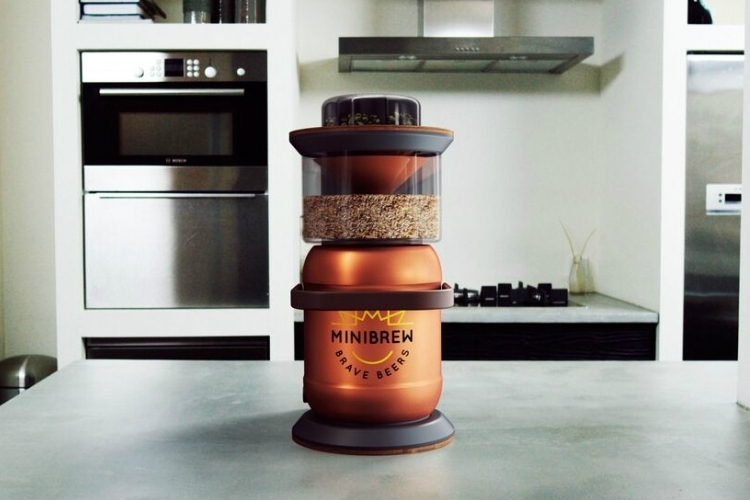 I wish cooking food was as easy as making beer on the Minibrew. I mean, you just dump a big package of ingredients on the appliance, press some buttons on the app, and wait however many days it takes for the beer to ferment – that’s it. So, yeah, making beer just became easier than cooking food, which means it’s probably a sign that you should drink more and eat less. Or something.

A countertop appliance, the Minibrew really does work that simply. It’s versatile, too, with the ability to make 50 different beers at the moment, with more promised recipes on the way. None of that laborious work and close attention to detail that regular brewery setups required, either, making it the perfect way to make beer for guys who find their time best spent drinking beer. 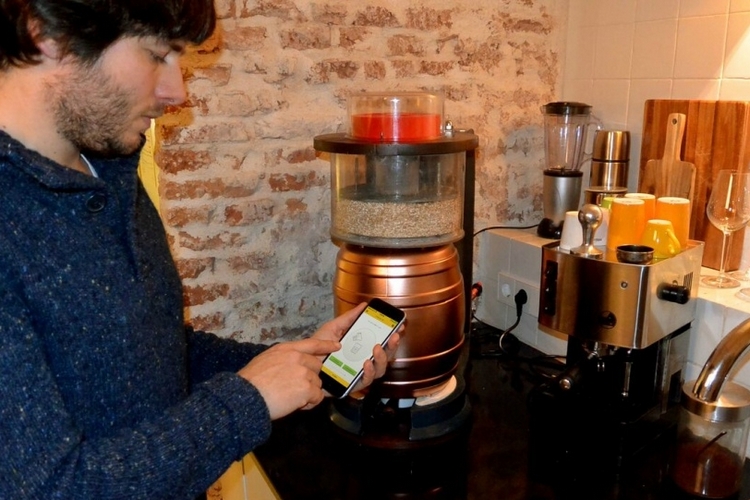 Contrary to their claim, the Minibrew isn’t the first all-in-one brewing machine in the market. The Picobrew Zymatic already beat them to that title. If you’d like something smaller than the microwave-sized Zymatic, though, this definitely looks like a more compact and equally convenient option. That aside, the Minibrew is a legitimate all-in-one machine, performing the brewing, cooling, and fermentation right on the same compact rig. To use, simply launch the app, choose what kind of brew you’re making, and follow the instructions regarding the amount of water, grain, and hops you need to load in their designated chambers. As soon as the mashing starts, just let it do its thing and go back to watching the NBA preseason or whatever it is you’ve been doing the last hour. 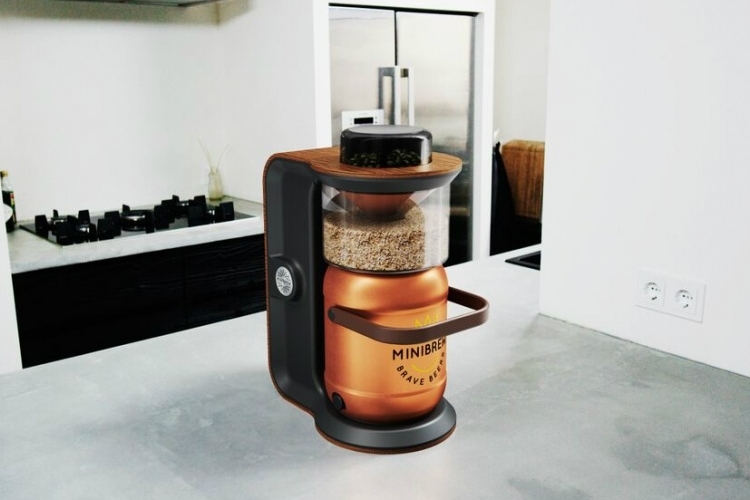 It can make 1.3 gallons of beer at a time, which isn’t much, but should be decent for a hobbyist who just likes experimenting with his suds. If you think this means you’re never buying beer again, though, maybe rethink that, since fermentation time can take anywhere from five days or longer, depending on what you’re making. So, yeah, you’ll still have to stock up on your favorite brands for those regular nightcaps.

An Indiegogo campaign is currently running for Minibrew. Pledges to reserve a unit starts at $1,950.