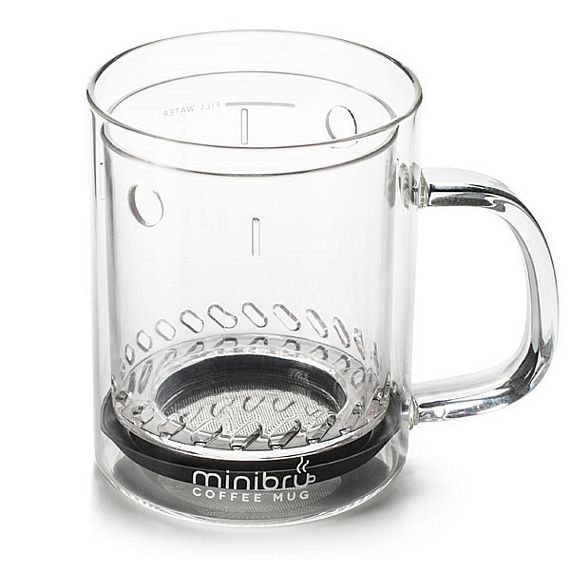 Making a pot of French press coffee every morning has been your daily habit the last five years.  Since your girlfriend left you for the juicehead she met in the gym last month, though, making a fresh pot just brings sad memories.  You need a new morning ritual — one fit for a single man living alone.  Maybe the Minibru can help.

Sure, you can always trade in making coffee at home for a cup from the Starbucks on the way to work.  But if you want to have your coffee fix before taking the car out the driveway, this single-serve French press-slash-mug should make for a better solution. 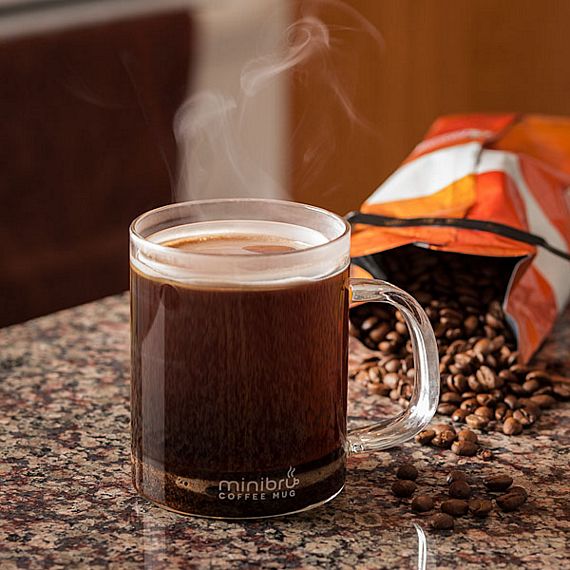 A miniature French press with a mug handle, the Minibru embraces the same principles as a standard pot, letting you brew coffee before filtering out the grains with an equally mini-sized plunger.   Once that’s done, just drink it straight out of the same container — no extra stuff to clean up later.  The mug is dishwasher-safe, although both the removable silicone casket and the plunger need to be hand-washed.

Since it uses the same process as a regular French press, your coffee should still taste as good.  And since it makes just a single-serve 12-ounce portion, there’s no waste.  And since you’re not using that old French press which brings back sad memories, you can now sell it at the local pawnshop along with all the stuff your ex left behind.

The Minibru Coffee Mug is available from Thinkgeek, priced at $24.99.