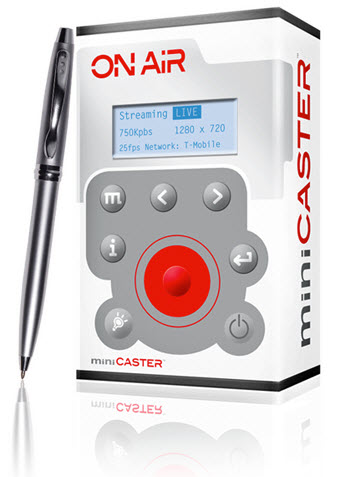 Why film it when you can stream it live?  That’s the question you could be asking yourself with the MiniCaster, a pocket-sized contraption that attaches to your camera and streams everything it captures to the internet in “HDTV quality.”

Designed to work even with low-end video sources, it can play nice alongside any regular camcorder and most types of camera phones.  They appear to be aiming it for use by video journalists and other folks who actually have a reason for broadcasting anything, but, as far as I can tell, no one’s holding you back from streaming any random scene that catches your fancy. 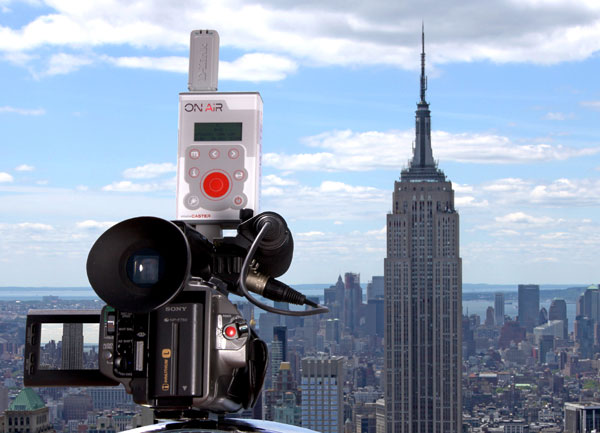 The MiniCaster measures 4.92 x 2.95 x 1.34 inches (h x w x d) and weighs a light 280 grams.  It tethers to your camera via composite, S-video and SDI, with an HDMI version also on the pipe.  Audio and video signals are immediately processed in real time, then encoded into H.264 video and AAC audio for live streaming.

You’ll need an online connection, of course, if you’re going to pipe media for the world to watch.  It has an Ethernet port for connecting to a local network, with WiFi and 3G available via add-on USB sticks.  Streaming will be restricted to TV1.EU’s Content Deliver Network (CDN) for now.

Created by the German company, TV1 GmbH, the MiniCaster  has two models available: one with analog inputs for $1,300 and one with SDI for $1,999.  Pricing for the HDMI version, as well as the USB stick accessories (for 3G and WiFi), will be announced later.