MinION Is A DNA Sequencer On A USB Stick 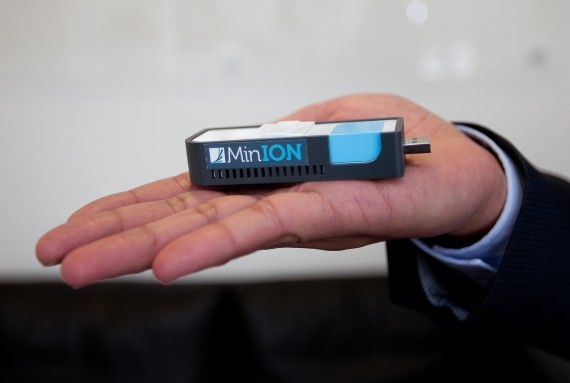 If you’re a mutant hiding among regular humans, your days of anonymity may be numbered.  That is, if the MINion USB Stick really works as planned.   While it looks nothing more like a regular USB fob, the unassuming device has the power to quickly sequence DNA, so any random anti-mutant can kidnap you, test your DNA on their own and find out your superhuman secret.

Created by Oxford Nanopore Technologies, the tiny stick isn’t standalone.  From what we can tell, you’re supposed to pull DNA through a razor-like nanotube on the USB gadget, which is then mixed with an enzyme solution that binds with each strand.   You’ll need to plug the whole thing to a port on your computer, where the nucleotide bases will be electrocuted one by one until they give up their code. 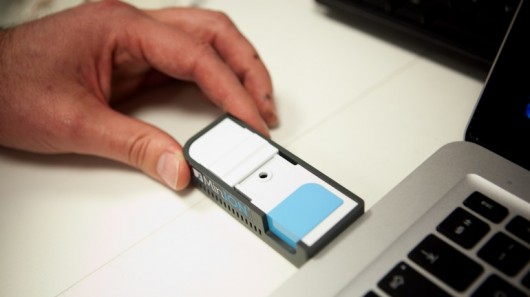 The MINion USB Stick will sequence simple genomes (e.g. bacteria, viruses) in a matter of seconds.  Naturally, more complex genomes, like those for humans and mutants, will take longer (estimates peg it at around 6 hours or more).  Aside from uncovering secret identities, it can be used across many applications, such as sequencing cells from a biopsy to look for cancer or determining the genetic identity of remains found during an archaeological dig.

For now, the stick isn’t a fully-functioning contraption yet.  Instead, it’s only a proof-of-concept that’s been shown to sequence simple genomes.  They are continuing to develop it, though, with plans to release a final version later in the year.

Pricing for the MINion USB Stick is expected to run at around $900 each.