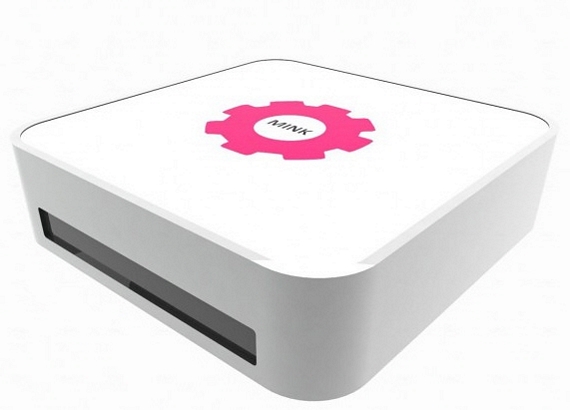 The premise behind Mink is simple: you choose the kind of makeup you want to produce, specify the color, and manufacture it directly from a desktop-sized printer inside your home. No need to spend hours trying to find the closest shade to the eye shadow you saw on Cara Delevingne in a magazine — any makeup you want is always just a couple clicks away.

According to Mink founder Grace Choi, all types of makeup, from that powder foundation to that cream blush to that lip gloss, are made from the same basic materials, allowing any of them to be produced right out of a single machine. The inkjet on the printer will handle the injection of color, allowing you to produce practically any makeup in every shade imaginable.

In its current prototype, Mink is only able to produce powder-based products, such as primers, powder eye shadows, and similar makeups, although it will be expanded into as many types as possible as the printer gets closer to production. All the substrates and ingredients will be loaded into the printer just like plastic spools are installed on a 3D printer, with color loaded in the form of cartridges just like traditional printers.

It’s designed to work with any ordinary graphics program, so you can simply draw a shape you want in the color you want on Paint, then print it directly into a usable makeup. Granted, the specifics aren’t completely clear (the printer looks like it’s an early prototype), but they’re definitely targeting it to work in such a straightforward fashion.

Launched at TechCrunch Disrupt NYC and planned for a launch late in the year, Mink is expected to retail between $200 and $300.