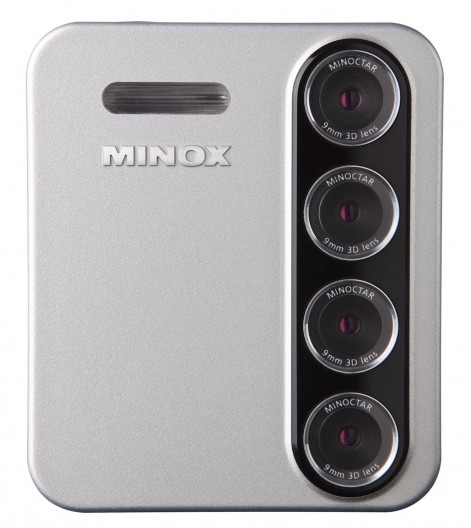 When somebody says “3D camera,” I expect to see two lenses.  Apparently, the Minox PX3D didn’t get the memo, because it comes with four separate lenses arranged in a vertical row.

Clad in a compact frame that looks smaller than your average smartphone (and smaller than your average digicam, too), the snapper brings a novel concept to 3D photography.  Instead of taking two shots that it combines to form a three-dimensional image, it takes four and allows you to preview the different combinations of the shots.  You pick out the one you like best and that’s what becomes the final, single, merged 3D image. 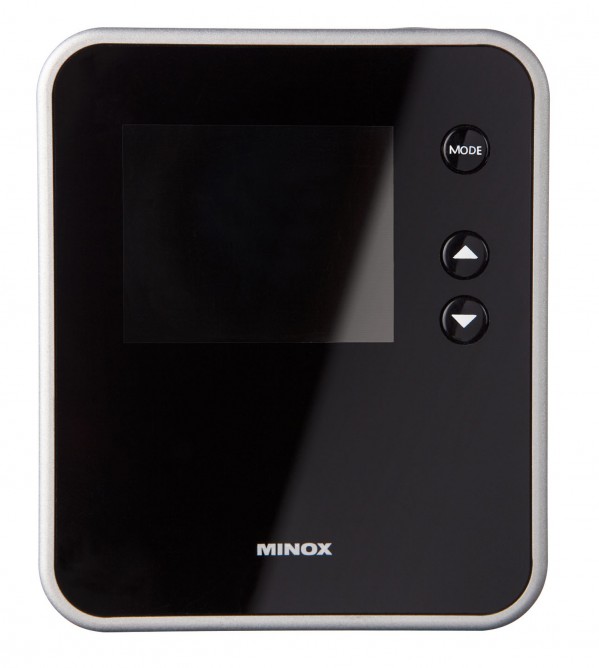 The Minox PX3D  comes with four 9mm focal length, 5 megapixel lens modules, each one positioned to provide slightly shifted perspective planes.  Due to the precise nature of the lens alignment, there’s no optical zoom – an understandable trade-off for the flexibility it offers.  A no-glasses 3D screen in the back lets you preview the various compositions during playback using the company’s proprietary 3D software. 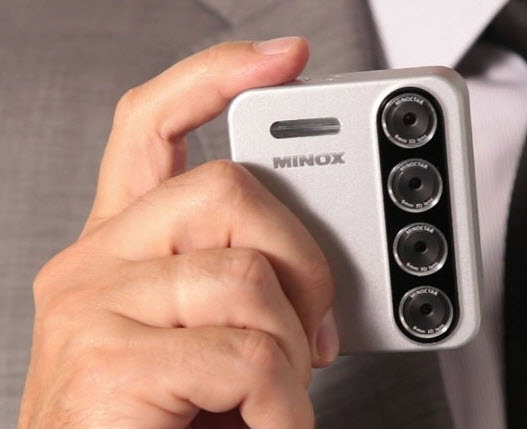 Do note, it’s strictly a 3D photographing machine and won’t have any options for video capture.  According to Minox, this has to do with the fixed nature of the lens, as well, which they claim will produce final images (which are saved as AVI files) that are “fascinatingly real and dynamic.”

Want one?  You’ll have to be patient, since the Minox PX3D is still under development.  A prototype did appear at last month’s Photokina event, though, and it should be ready for production by summer of 2011.  Pricing is being projected at around $680.