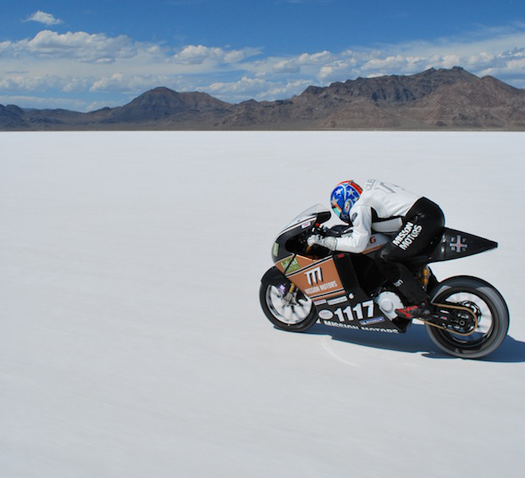 A green motorcycle that’s built for speed?  You bet. That’s exactly what Mission Motors was aiming for with their Mission One motorcycle, an all-electric two-wheeler that holds the distinction of being the fastest electric bike of all time.

Able to push through speeds of 161 mph, the Mission One blasted past 70% of the bikes during the recent BUB Motorcycle Speed Trials at the Bonneville Speedway in Utah.  Designed by Yves Behar’s Fuse Project, it didn’t just leave behind trudging electric speedsters either, but powerful gas-guzzling crotch rockets. 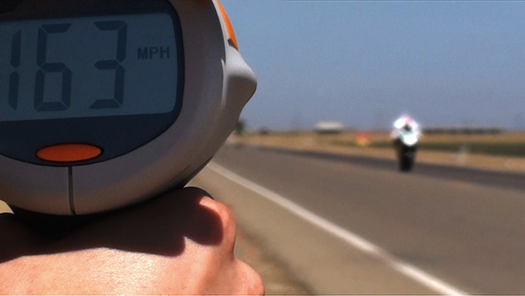 It averaged a 150.059 mph speed over two single-mile test runs, a feat that no production electric bike has ever accomplished.  Not that it’s any surprise, since Mission One deliberately set out with exactly that goal in mind.  Apart from the eco-friendly horsepower, the bike also features an effective range of 150 miles. 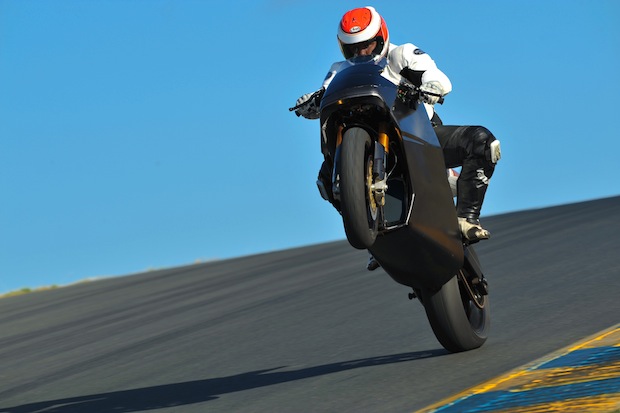 According to Mission Motors, the bike shown off at the event was a late-production prototype and will mirror the exact powertrain to be equipped on units hitting the production line.  An initial run of 300 are scheduled for the Mission One, with availability slated for 2010.

Interested?  You can get in on the early action by reserving one of 50 Premier Limited Edition models, for which the company is now collecting orders.

[Mission One via Fast Company]