Electric Bikes Can Be Sexy Too: The Mission R 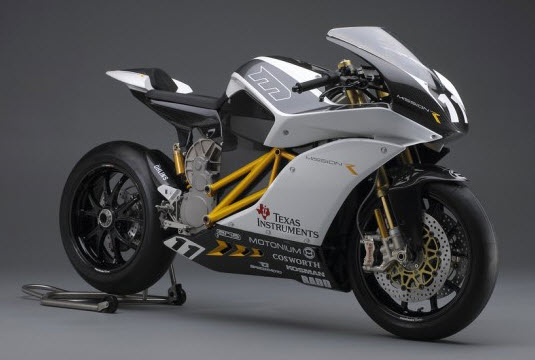 Mission One just announced a new motorcycle for its 2011 TTXGP campaign and it’s one beastly performer.  Called the Mission R, the electric two-wheeler brings superbike credentials in both the looks and the power department.

Built to race at the highest level, the bike houses a liquid-cooled 3-phase induction motor that puts out 141 hp and 115 lb/ft of torque.  Juiced by a 14.4kWh MissionEVT battery module (easily swappable and housed inside carbon fiber boxes), it can take to the track at a numbingly fast 160 mph. 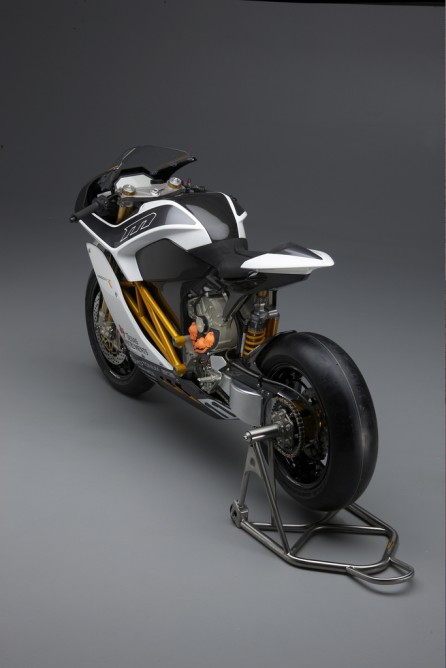 The Mission R comes with an onboard electronic mechanism that allows pit crews to update its configuration on the fly.  Using 3G and WiFi data connectivity, the team can adjust the vehicle’s battery management, throttle mapping and regenerative braking systems from the sidelines, maximizing performance for the rider.

While electric vehicles are generally chided for their less-than-appealing styling, this is one hot ride that can easily hold its own among a pool of petrol-powered crotch rockets.  Other vehicle details include a custom-designed frame (billet aluminum and chrome-moly tubing), Ohlins TTX suspensions, Marchesini 10-spoke wheels with 17-inch tires and Brembo brakes.

Suffice to say, the Mission R is one heck of a motorcycle.  Too bad all you can do is water at the side of the mouth in envy, since we doubt this bike in this configuration will likely ever go into commercial availability.