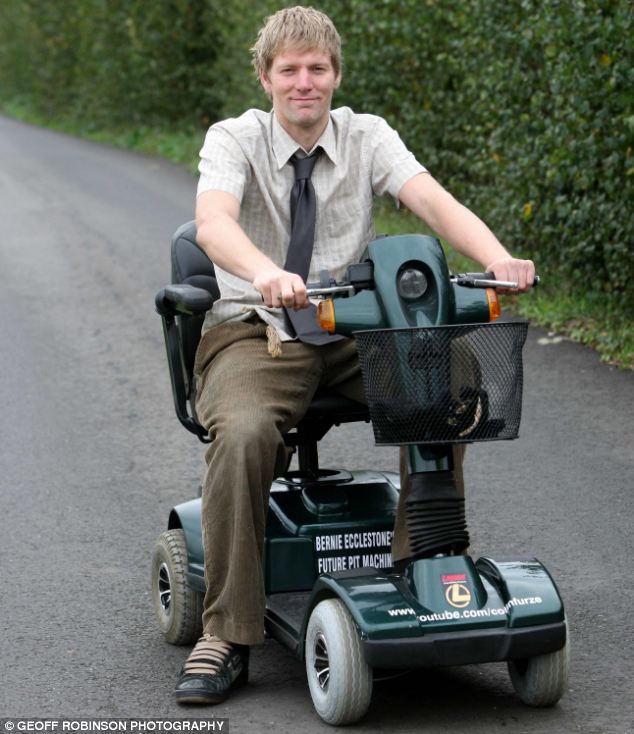 Just because you can’t walk comfortably doesn’t mean you’ve lost your thirst for speed.  And with this converted mobility scooter, you can fulfill the need, ferrying your old ass at rates of up to 69mph.

Created by Colin Furze, who happens to be a young 31 years of age, the modified ride started as a personal project for kicks.  “You hear people complaining about scooters going slowly around supermarkets and blocking aisles, so I thought it would be a laugh to make a really fast one,” he recalls. 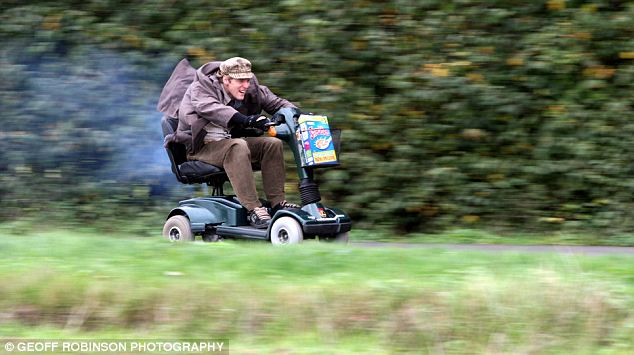 Colin’s modified mobility scooter has been converted from a slowpoke electric model into a petrol-powered speedster, using a 125cc engine pulled out from a motorbike. It ran at just 7.5 mph when he first bought it and can now do over nine times that, all while performing at an average of 10 miles to the gallon.

The machine, which has been decked in British racing green and a bunch of decals, will  be put through a time trial at the Santa Pod Raceway in Northamptonshire.  According to Colin, he needs at least 61.4 mph to get into the Guiness Book of Records, although he’s actually aiming for an even faster 70 mph during the run.

Yes, he will be wearing  a full leather racing suit and a crash helmet for the record attempt.