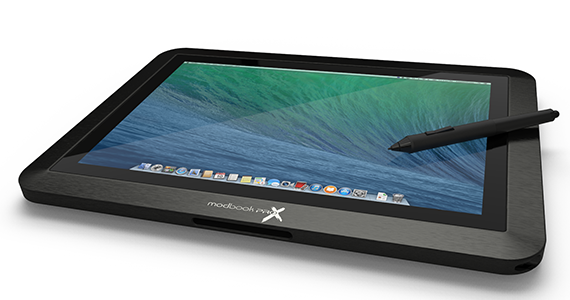 Ever wondered what a Retina MacBook Pro will look like when converted to a tablet?  Turns out it’s going to be awesome.  Even better, you can have your existing unit turned into one with the Modbook Pro X.

The outfit, which calls itself Modbook, will take any late 2013 or newer Retina Macbook Pro and convert it into a functional OS X tablet.  Even better, they’re adding a digitizer pen into the assembly, allowing you to fine tune sketches, diagrams, and designs to precision, right on the device’s Retina display. 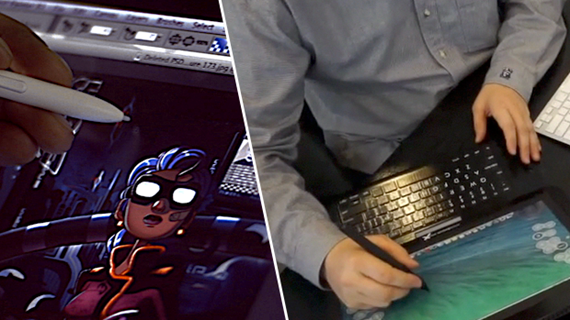 The Modbook Pro X takes all the standard hardware in a Retina MacBook Pro, then crams it into a tablet form factor measuring less than 0.75 inches thick.  It doesn’t support multi-touch controls like an iPad would, but you can interact with the tablet via the digitizer pen and a programmable 22-button array stationed along the rear.  The pen features 2,048 pressure levels, tilt and rotate functionality, programmable dual side-switches, and a digital eraser, which combines with the paper-like ForceGlass screen to make drawing on the tablet feel unusually organic. 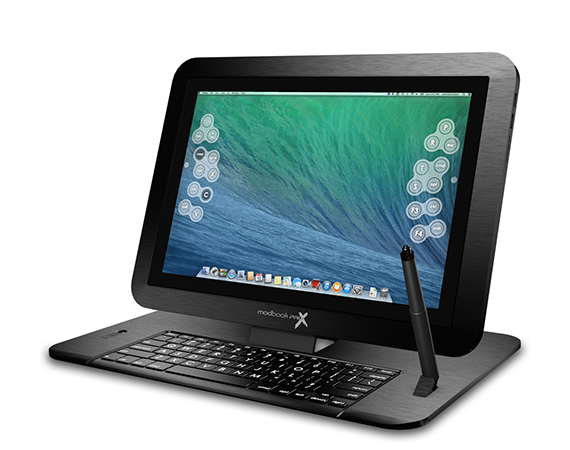 Need to do some regular desktop work?  Not a problem.  Simply place the tablet onto the included keyboard dock and type away to your heart’s content. Ample connectivity options are integrated into the tablet, including Bluetooth, Wi-Fi, two USB 3 ports, one SDXC slot, one HDMI port, and two Thunderbolt 2 ports.  Basically, you can still use this like a regular Retina MacBook Pro, just with the option of tablet-style computing now available.

A Kickstarter campaign is currently running for anyone interested in the Modbook Pro X.  It’s not going to be cheap, though, as each conversion starts at $1,999.