We can’t imagine a lot of people needing a candlestick that automatically puts out the candles when it reaches a certain height. I mean, unless you use candles as a necessity rather than as an accent, you’re not likely to leave it burning on its own. But, I have to admit, it’s hard to resist buying something like the Moment candlestick on impulse after you see it performing its clever trick.

Designed by Sebastian Wrong for Danish brand Hay, it’s a candle holder based on a 19th-century candelabra dubbed as the “candle extinguisher.” We’re guessing it works much the same way as the Moment does, although Wrong describes his design as a simplified interpretation that’s more suited to modern settings. 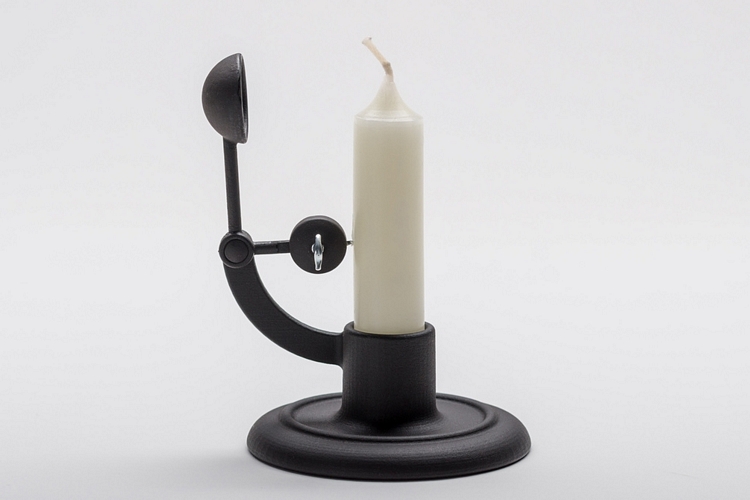 The Moment has a circular base that holds the slot for the candle, which is attached to a curved arm holding the simple candle extinguishing mechanism, consisting of a needle attached to a weight that pulls down a domed cap once it swings to the side. To use, you simply insert the integrated needle into one side of the wax (at the exact height you want the candle to be put out) and it’s all set. As the candle burns, the wax melts down to the area where the needle is inserted, eventually releasing it, causing the weight to swing down and the cap to fall straight on top of the burning candle.  Poof – flame out. It’s made mostly from cast iron with a matte finish, lending it a rustic appearance that’s perfectly suited to what the object represents. 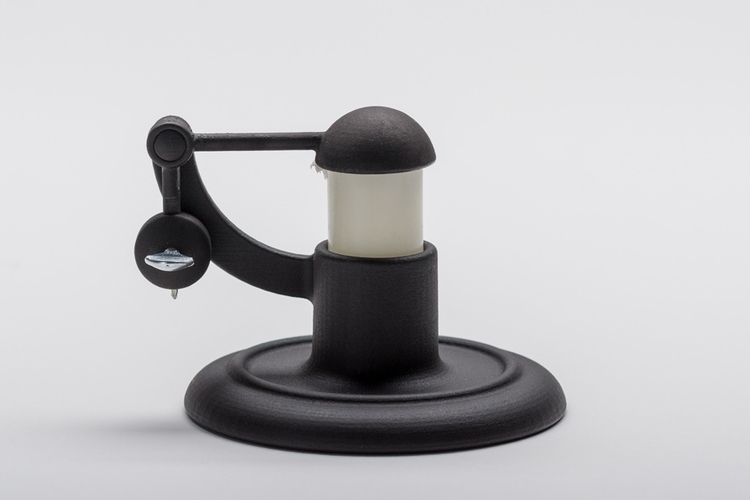 Learn more about Moment from the link below.