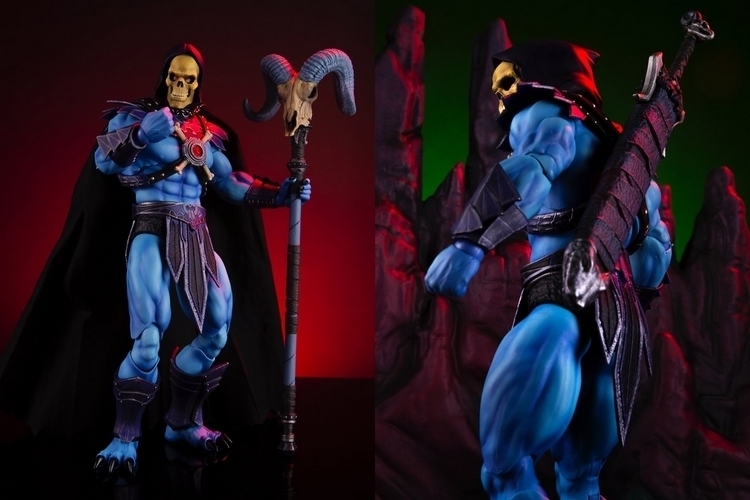 A short while ago, Mondo dropped their He-Man action figure, which brings the original Master of the Universe to life, so middle-aged men can relive their childhood over and over. Or, you know, dedicated collectors can get their hands on a new action figure well before the movie pushes through next year. Whichever the case may be, your He-Man doesn’t need to be lonely any more with the introduction of the Mondo Skeletor 1/6-Scale Figure.

That’s right, He-Man’s happy existence in Eternia is about to get turned upside down, as his arch-nemesis is now here to wreak havoc in the planet like never before. Or like he always does. Again, whichever the case may be, this allows you to set up intense battle showdowns between two semi-forgotten but somewhat-beloved cartoon icons from the 1980s. 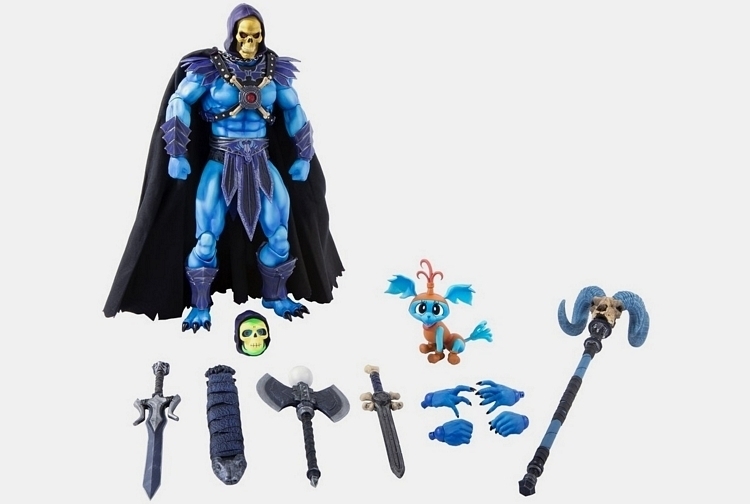 Like its He-Man counterpart, the Mondo Skeletor 1/6-Scale Figure comes decked in Mondo’s semi-realistic style, making this legitimately more menacing than its cartoon counterparts. Seriously, that skull face looks more like Ghost Rider than the slightly goofy-looking mug of the Skeletor from the cartoon. If you prefer that older look, by the way, it comes with two swappable heads – one of this realistic-style depiction and another with the original cartoony appearance, so you can enjoy the villain the way he originally appeared.

Over 30 points of articulation means you can pose this in incredibly varied ways, so you can make it look like it’s doing whatever you want while standing tall on the shelf. Combined with He-Man’s similarly articulated figure, the two can combine into quite a stunning display, whether they’re engaging in a melee, a grappling contest, or some weird bro-hug after settling their lifetime of disagreement. All we are saying is give peace a chance. Or something like it. 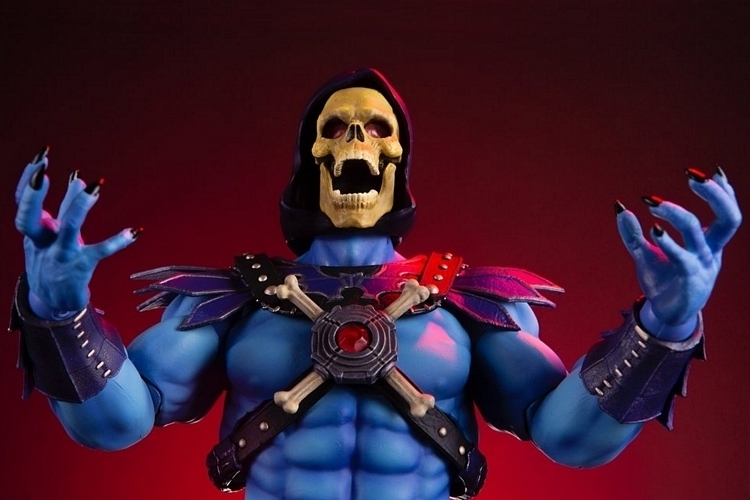 The Mondo Skeletor 1/6-Scale Figure has a litany of weapons at his disposal, including a battle axe, a power sword with a sheath, and a short bone sword. We know, he sounds awfully under-armed against He-Man, who’s rocking multiple blasters in his arsenal, but Skeletor’s magical powers should more than make up for the glaring difference in munitions. On the outfit side, the villain gets the full treatment, from arm bands and shin guards to meticulously detailed lower and upper body garments. Oh yeah, he also gets a double-sided cape, so he can look even more menacing while battling with the alter-ego of Prince Adam. 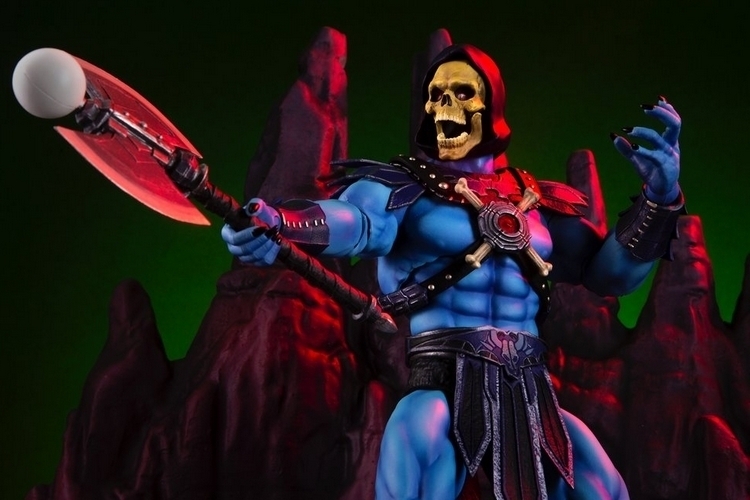 It gets six interchangeable hands for further emphasizing whatever pose you want it to strike, as well as a stand to make sure he doesn’t fall off when displayed prominently on a shelf. Oh yeah, in case you didn’t take note, this is 1/6th-scale, so this thing measures 12 inches tall, making it quite an imposing figure to put on display. Now, if only someone can make a matching Snake Mountain and Castle Grayskull toy set, our Masters of the Universe fandom just might light a fire again.

The Mondo Skeletor 1/6-Scale Figure is available for preorder, priced at $160. Shipment is slated for the first quarter of next year.