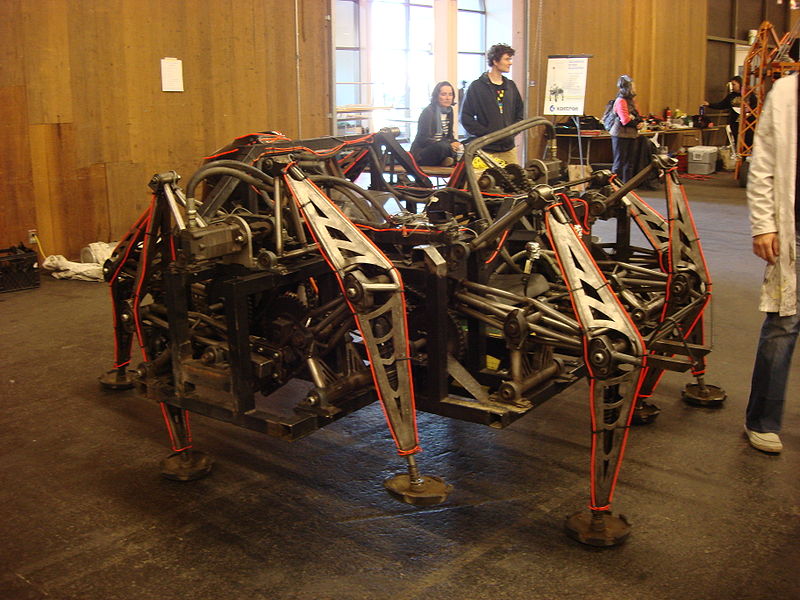 For the record, Spiderman doesn’t need a car. The guy can literally dart ropes of web and swing across buildings faster than a supercar on an open highway. But if he did want to look more intimidating, imagine the friendly neighborhood superhero riding on top of the Mondo Spider. Absolutely wicked.

Originally created by a Vancouver crew for Burning Man 2006, the mechanical arachnid is a full-fledged single-seating vehicle that remains an operational spectacle today. Instead of rolling along on wheels, the apocalyptic beast walks on its eight spider legs, at around the same pace as someone jogging slowly. It can turn by skidding (like tracks), walk backwards and crush small things littering its path. Ooops, there goes your puppy. 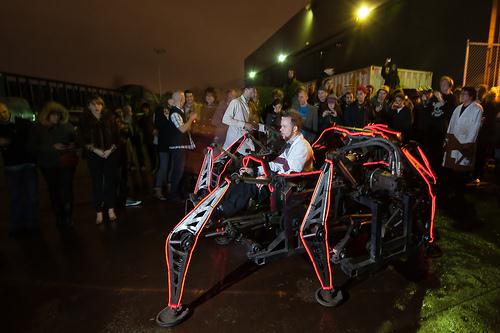 Earlier this year, the Mondo Spider received a makeover of sorts from “art lab” charity eatART, which took out the original gasoline engine and replaced it with an electric motor, making it the “world’s first walking electric vehicle.” A distinction, by the way, that seems to be awesome and ridiculous at the same time. We don’t have details on the motor or battery system it currently uses, but we hope it comes close to matching the old 4ft/sec pace and 14 km of walking range from the old powertrain. Because of the electric operation, it can now be driven indoors without leaving everyone puffing nasty air. It’s hella quiet too – like a ninja assassin sneaking at you from behind. 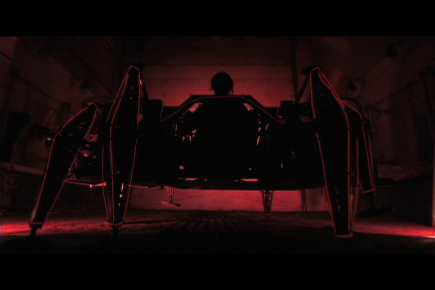 Pretty much the rest of the vehicle remains the same as the gasoline versions. It retains the same 8 x 8 x 5 feet (l x w x h) dimensions, still weighs around 1,700 lbs and still looks as ominous as ever. Check out the video of the Mondo Spider below.