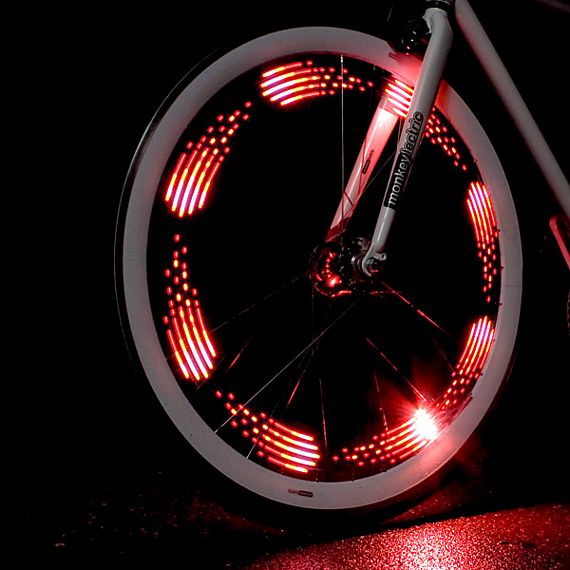 Turning your favorite green ride into a light show spectacle with these bicycle lights might be tacky.  But being the guy who walks around wearing Starfleet shirts and Bobba Fett helmets, though, we both know you’re the kind of guy who loves being the nerdy spectacle.  So might as well give in and install this Monkey Light 8-Bit Wheel Light in your bicycle.

Unlike most wheel-installed LED units, this doesn’t just give you a simple lighting system for nighttime illumination.  Instead, it endows your pedal-pushed rolling machine with an eye-popping light show made up of eye-catching patterns and bright colors. 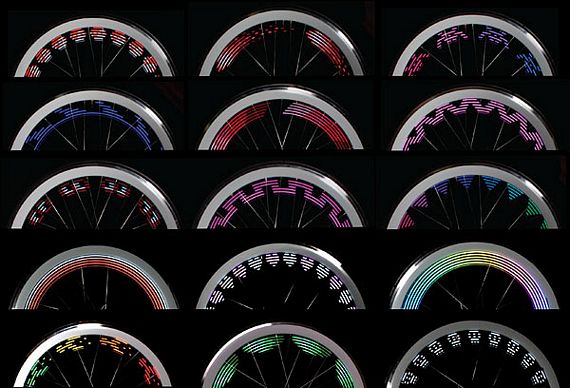 The Monkey Light 8-Bit Wheel Light installs near the tire, with the accompanying battery pack (holds 3 AAAs) providing juice for up to 40 hours of runtime.  Using 10 LED ultra-bright LEDs, it can form any of 20 different patterns with a variety of color combinations.  Controls sit right on the LED board, though, so you’ll need to hop off the saddle and push a couple buttons to go from one design to another.  Available patterns include blazing comets, alien invaders, skulls and rocket ships. 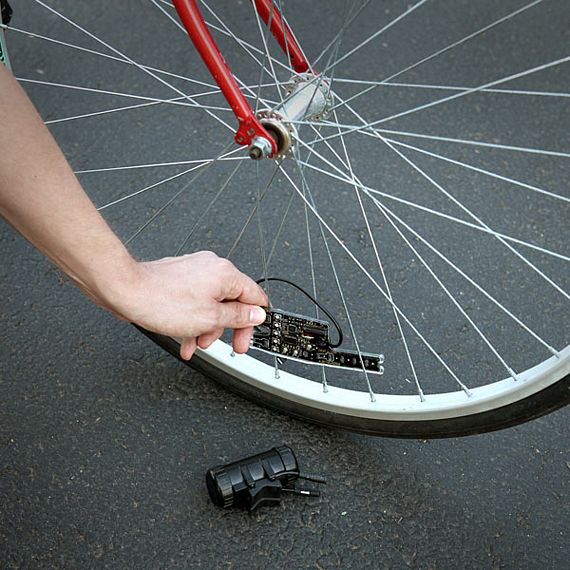 The entire setup is waterproof, vibration proof and theft-proof (comes with a steel locking strap), so you don’t have to worry about losing or damaging it during your daily bike commutes.  Make sure you don’t speed past 40 mph, though, as the assembly could fly off if you go any faster than that (yep — don’t install these on a motorcycle).  It can fit all wheels 20 inches and larger.