Monopoly: Cheater’s Edition Makes Playing Dirty An Official Part Of The Board Game 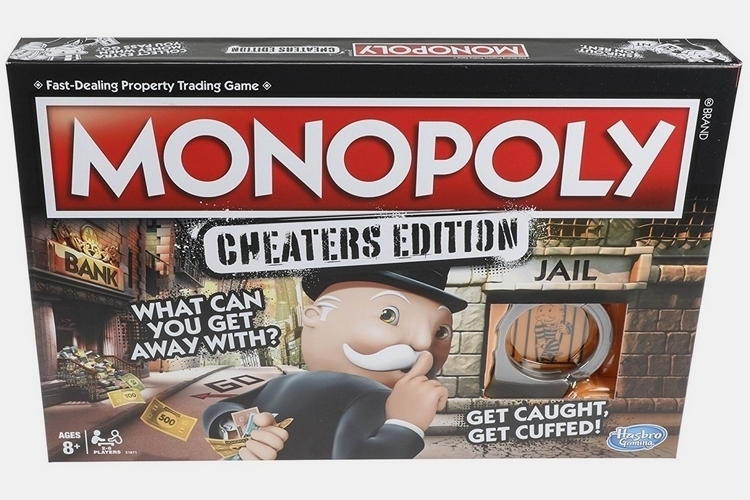 Monopoly may be over a hundred years old, but the darn game remains susceptible to cheating, from stealing money and rolling out of turn to faking what card you draw and forming secret alliances with other players. Simply put, if players aren’t vigilant, you can bankrupt everyone without hoping for chance to fall in your favor. Monopoly: Cheater’s Edition is designed with underhanded tactics in mind, encouraging players to bend the rules while adding the threat of going to jail if ever you get caught.

That’s right, this special edition of the long-running board game is designed with dishonest players in mind, so you can stop bankrupting your upstanding friends using dirty tactics they never see coming. In this game, everybody’s a cheater, with the rulebook being tweaked to make cheating a part of the game’s actual mechanics. 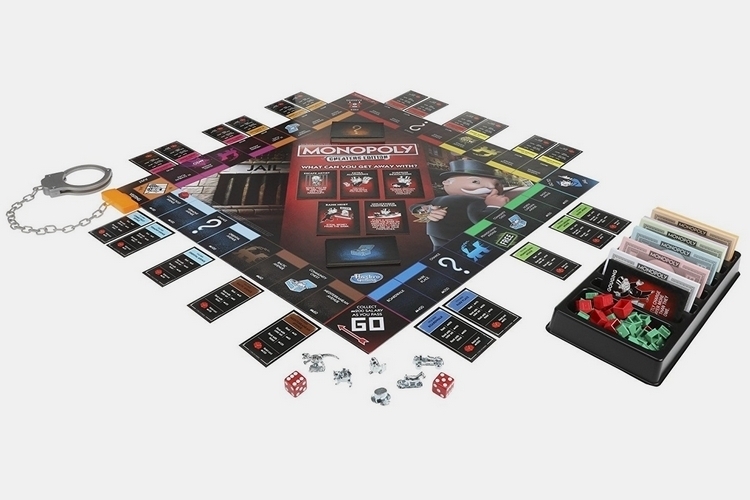 While you can still carry out the same cheating ways you’ve always relied on to win the game, the Monopoly: Cheater’s Edition evens out the field by actively making everybody cheat in some way, shape, or form. That additional mechanic comes courtesy of a new 15-piece deck of Cheat Cards that instruct you to carry out subterfuge missions, which you will need to craftily carry out right under the player’s noses. When any player is able to catch on to your exact deception, you will be penalized either by being fined or by being handcuffed to an imaginary jail cell (the handcuff comes with the game and actually tethers you to the board).

Official cheats that you will be instructed to do include stealing from the bank, moving another player’s token, shortchanging payments, skipping spaces on the board, adding a hotel that isn’t yours to your property, removing a hotel from someone else’s property, collecting rent from another player’s property, and even breaking out of jail. While all these are things regular Monopoly cheaters have probably partaken in, those used to playing the game fair will finally get the chance to engage in some underhanded play. Because, you know, the world isn’t fair and if you’re not cheating, you’re probably not trying. 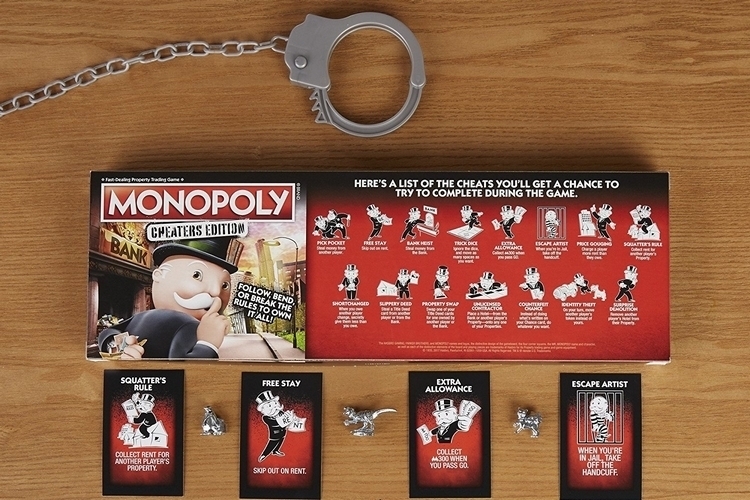 In order to make cheating easier than usual, the Monopoly: Cheater’s Edition is the first version of the game that doesn’t require a designated banker. That should make stealing from the bank considerably easier as the game progresses, ensuring you’ll still have plenty of opportunities to perform your unofficial indiscretions. Successfully carrying out underhanded tactics, by the way, doesn’t just earn you the advantage of the cheat, it also entitles you to whatever prize is listed on the Cheat Card, which include getting money from the bank, getting money from bamboozled players, and getting the title deed for an unowned property. 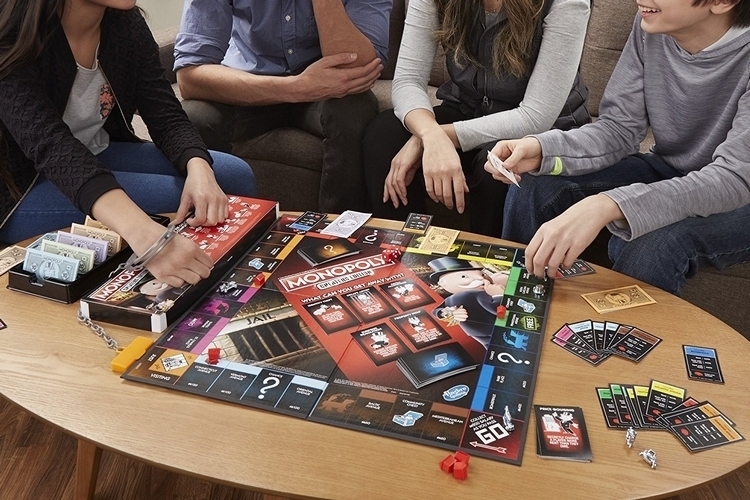 According to Hasbro, they decided to make the Cheater’s Edition after an in-house study of 2,000 players, which revealed that half of the sample group attempted some form of trickery at some point. Yes, that many people actually cheat at Monopoly, so if you’ve been playing by the rules this whole time, it might be prudent to start reconsidering your life choices.