Monopoly Longest Game Ever Makes The Board Game Play Even Longer 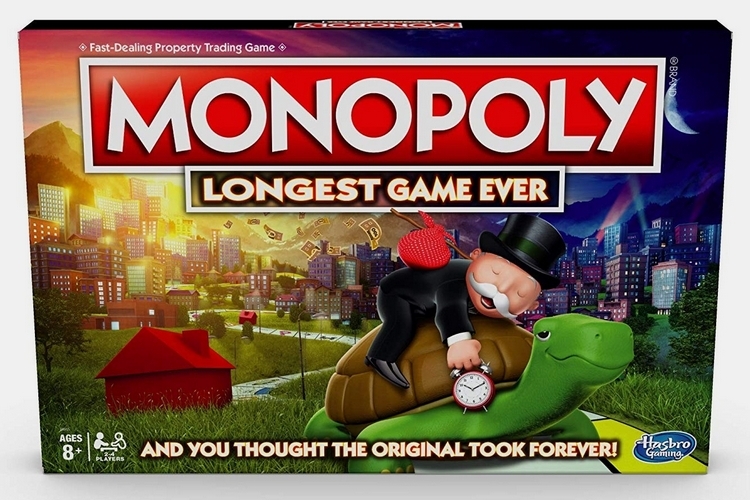 Monopoly is a long game by design, requiring you to keep going until only one industry titan remains standing. Just in case you’re one of the non-existent people who wants their Monopoly games to go even longer, Hasbro’s got you covered with the Monopoly Longest Game Ever.

You know how regular Monopoly games has 33 properties for the players to own? This thing has a whopping 66. That’s three times the property count in the original game, which means a single game of this is likely to take far, far longer. If you’ve ever finished a game of Monopoly only to find yourself hankering for more, maybe this one will satisfy you after just a single round. If you ever get around to finishing one, that is. 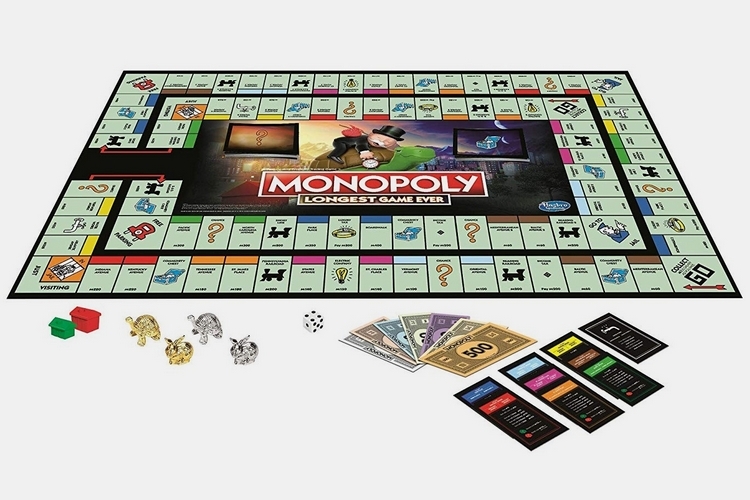 The Monopoly Longest Game Ever stretches out the game by making three versions of each property found in the standard game, putting a total of 66 on the board and making it even harder to buy everything up to exert your business dominion. No, you won’t have to buy each one individually, as buying one of the properties automatically puts the other two under your ownership, as well. The catch? Someone can simply land on a space you own, then buy the deed straight from under your nose, provided they have the money to pay up.

Unlike regular Monopoly, the game only comes with a single die, forcing you to move around the board at half the original pace, which should push the game to go on for even longer. And the twists don’t end there, either, as bankruptcy no longer takes a player out of the game and players can even rip their bills in half to make their money go a whole lot further. Yes, that sounds ridiculous, but they really did it, making money less of a factor (this will be important, as you will see later). 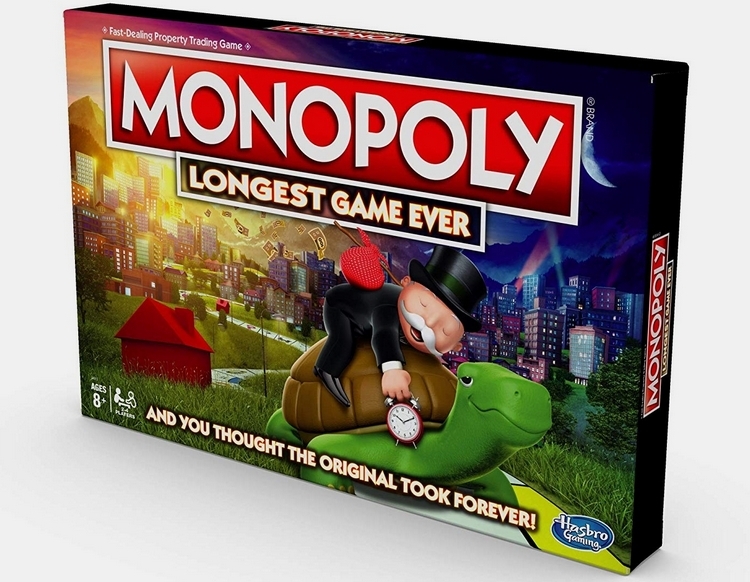 While the tripled property count seems like the main contributing factor in extending the playtime for the Monopoly Longest Game Ever, it actually isn’t. Instead, it’s the fact that you can mortgage property, at which point, it cannot be rented, bought, or swapped (remember, you can easily double your money, so you can get away not making rent money). That’s right, they added a mechanic that could create a stalemate, which could allow the game to drag on and on. We know, that doesn’t sound fun, but it does make for a more strategic game that will require a lot of negotiating between players. And, yes, we imagine those negotiations will eat up a good chunk of the play time. 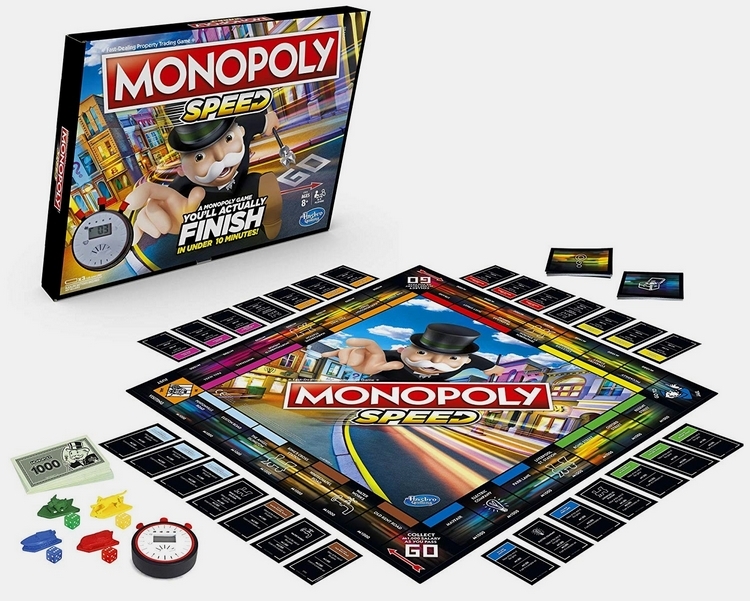 If this doesn’t sound like a Monopoly game you want to play (it sounds downright torture), Hasbro also announced Monopoly Speed, which goes the opposite direction by making a version of the board game that plays out in exactly 10 minutes. The four-player game is made up of just four rounds, where players make their moves at exactly the same time, rolling, buying, selling, and trading without having to wait for their turn.

The Monopoly Longest Game Ever and Monopoly Speed are both available now. 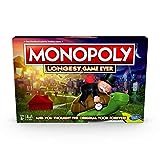 MONOPOLY Longest Game Ever, Classic Gameplay with...
$21.65
Buy on Amazon 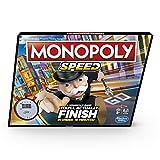