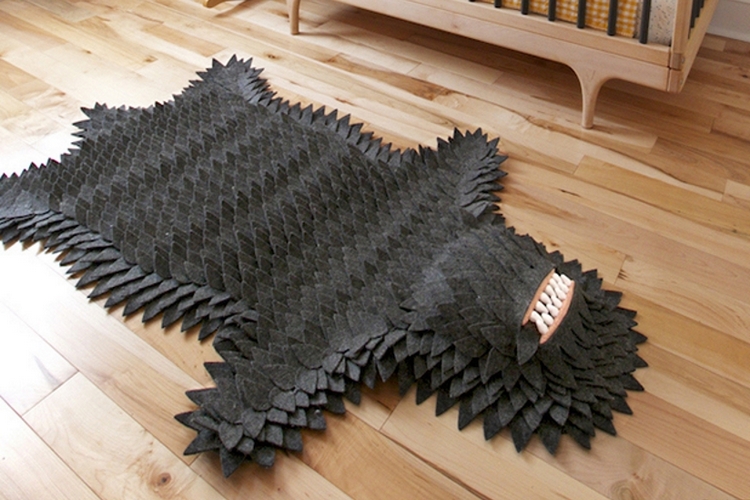 There was a time when faux bear rugs was actually a thing that people wanted to put inside their houses. And while they may still be decorative when paired with the right interior, we just can’t imagine too many people wanting something like that on their floors anymore. If we’re going to put faux animal rugs on our floors, it better be in tune with the sarcasm, irony, and poor attention that’s been the hallmark of the post-internet world. Fortunately, this Monster Skin Rug looks like the perfect fit.

Like other faux animal rugs, it’s clad in the likeness of some kind of creature. Unlike them, however, it’s not based on an actual woodland animal, but from the kind of creatures that appear in a semi-goofy nightmare. You know, scary monsters that are, somewhat, adorable if they’re not trying to eat you. Or your NBA Legends Socks – I hear monsters really like socks. 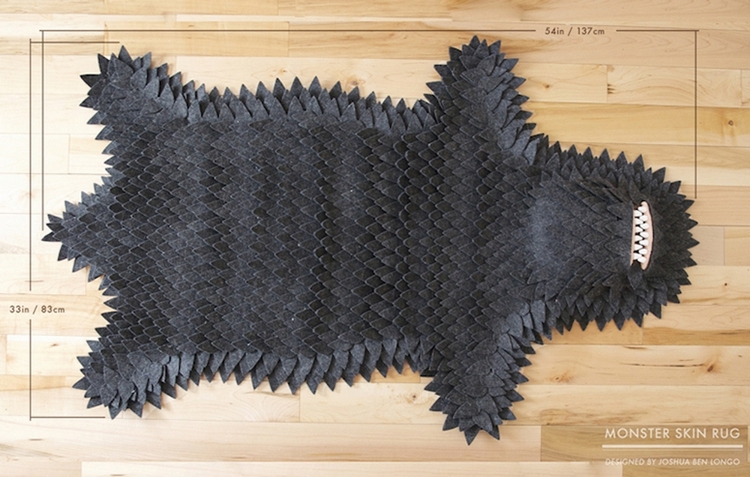 The Monster Skin Rug looks like the lifeless body of one of those creatures, with a plump body covered in black scales and exposed large monster teeth. It measures 33 x 54 inches, making it ideal for sitting on and, if you’re a child, even sleeping on. The scales are made from a mix of wool and polyester felt (50-50), so they’re just as soft as any area rug, which are attached to a felt silhouette of the perished beast. It comes with polyester stuffing, along with hand-molded teeth cut in ABS plastic that’s held in place by similarly hand-molded soft plastic gums. 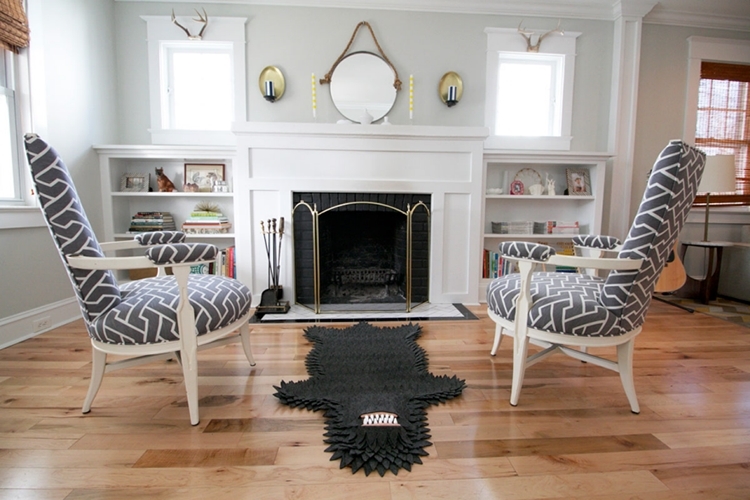 A Kickstarter campaign is currently running for the Monster Skin Rug. Pledges to reserve a unit starts at $425.