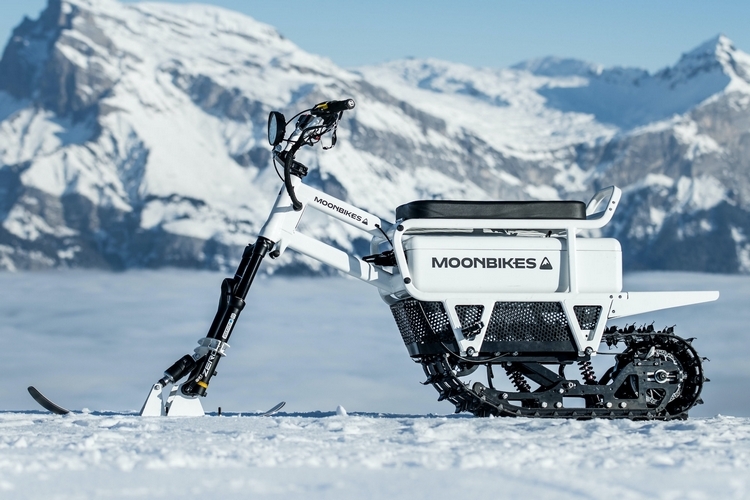 You ride an e-bike for short commutes and drive an electric car for longer travel. You’ve, pretty much, sworn off combustion engines. Problem is, it’s hard to enjoy your recreational winter activities without getting on a snowmobile. If you want to keep up your all-electric streak while exploring on the snow, you might want to check out the Moonbike.

Basically, it’s an electric bike with skis and tracks in place of traditional wheels. This allows it to ride capably across ski slopes and snow-covered trails, giving you an all-electric option for getting around in the dead of winter. Heck, maybe it can even tow your Snowcoach. Granted, it doesn’t have the blistering speed or the generous mileage of a good, old snowmobile, but if you want to get around the snow without the roaring noise of gas engines and all the pollution that creates, this offers a viable option that looks equally as fun. 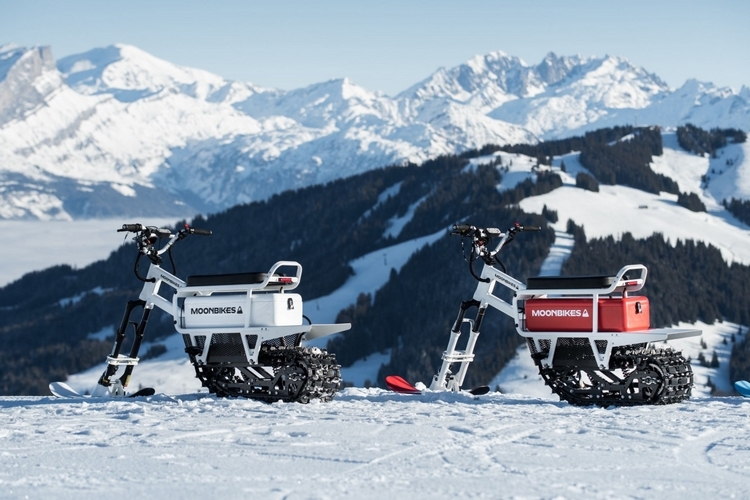 The Moonbike takes on a snowmobile-like configuration, with a fork-mounted front ski and rubber tracks at the rear for pushing off the snow, so it works, pretty much, the same way. Instead of loud gas engine, though, it’s equipped with a 3kW electric motor in the rearmost hub, which feeds the tracks a respectable 125 pound-feet of torque, allowing it to traverse powder up to 12 inches deep. That motor is hooked up to a removable battery under the seat that’s available in either 2.5kWh or an extended range 3.2kWh, which will give you 1.5 hours and three hours of riding, respectively. Of course, the fact that it’s removable means you can pack an extra battery module and swap that in if your battery drains out at some point.

All that, by the way, is mounted on a welded steel frame that looks like a bicycle frame on the front half that’s been modified to accommodate a large battery and tracks on the rear end. According to the outfit, this configuration allows the recreational winter ride to hit the snow at speeds of up to 26 mph. 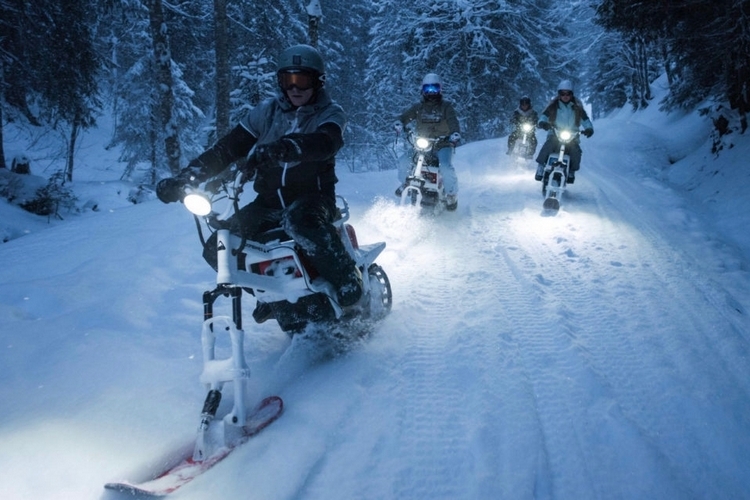 The Moonbike will be able to climb grades up to 40 degrees, although this is restricted to groomed ski slopes, so it’s not quite the go-anywhere vehicle that you get with a proper snowmobile. It gets telescopic forks out front, as well as dual coil over shock absorbers in the back, so it should allow you to ride though some of the more challenging terrain you’ll encounter. The whole thing, by the way, weighs 191 pounds with a standard battery, which is around a third of the weight of a small snowmobile, so a couple of people should be able to lift it to the bed of a pickup. 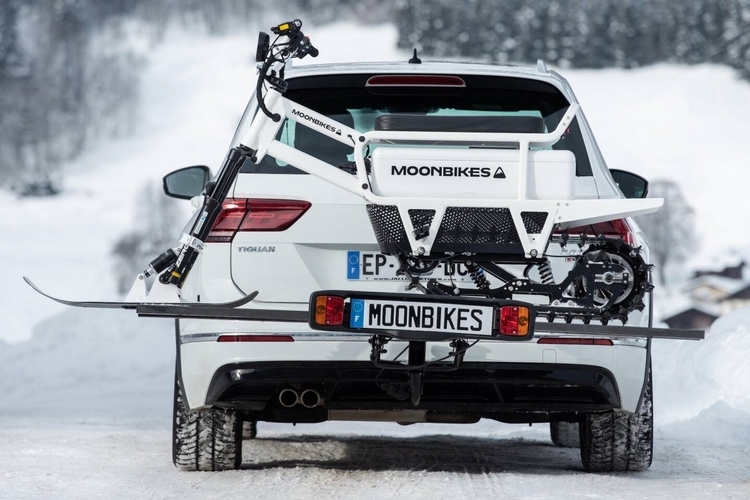 Because it has proportions based on bicycles, it has a very narrow profile, measuring just 88.5 x 28 inches (length x width). That will allow it to easily pass through doorways and pedestrian gates, while being viable for mounting on a hitch carrier in the back of your car. Despite its small size and relatively light weight, it can carry payloads up to 264 pounds, so you can bring along some cargo while riding it in the snow. Other features include a Bosch-assembled powertrain, a heated battery box that can resist cold temperatures up to 25 degrees Celsius, and a charging time of 4.5 hours (2.3 hours with the optional fast charger).

The Moonbike is now accepting deposits for the first 250 units, delivery for which is slated for winter 2021 in the Northern Hemisphere.