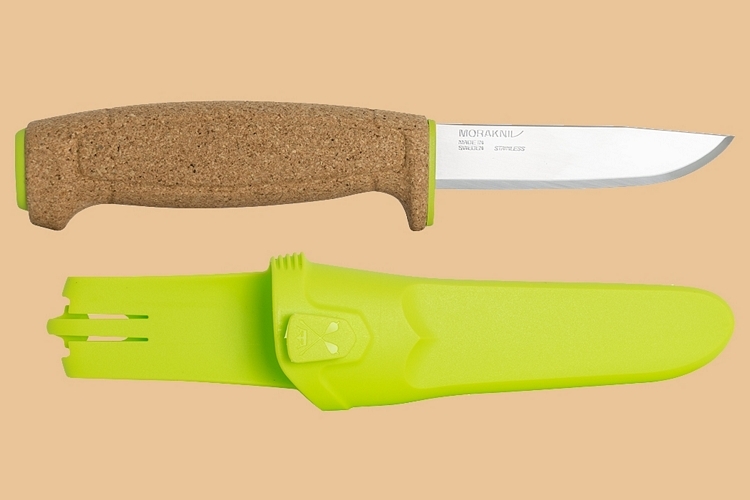 If you’re going to be spending the day in or around the water, it’s a good idea to bring gear that’s designed specifically for that environment. That holds true whether you’re angling, paddleboarding, or just taking the boat out to social distance in the middle of the ocean. When engaging in these activities, it only makes sense to leave your everyday folder at home and make the trip with a Morakniv Floating Knife instead.

Just like your favorite pocket knife, you can use it to cut, slice, and stab stuff while you’re adventuring in and around the water, allowing you to be duly armed for any cutting duties. Unlike it, the knife is designed to float when you accidentally drop it in the water, saving you from the hassle of having to dive to try and retrieve the darn thing, saving you from a whole load of trouble. That’s right, you can now have a floating knife to go with your floating bag and floating cooler. 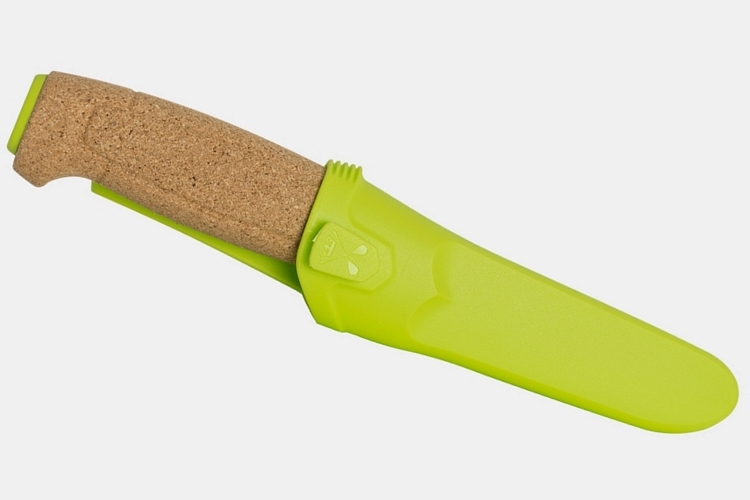 The Morakniv Floating Knife is an erstwhile regular-looking knife with a 3.8-inch drop point blade and a 5.45-inch handle. That’s long enough to make it really useful around camp, especially for general cutting and slicing tasks that you need to perform when in the water, whether it be cutting lines for your fishing equipment, splitting rope when you’re boating, or stabbing alligators that you didn’t know actually happened to be in this part of the river. Yeah, you really should have checked the internet before going there.

What separates the knife from others, however, is the natural cork handle. That’s right, it uses cork instead of wood, metal, or some plastic composite, leaving the knife extremely light at just 49 grams and allowing it to float whenever it gets in the water. Granted, being made from cork means you can probably destroy the exterior of the handle pretty easily, but that’s why this is meant as specialty gear to be taken only when you’re spending copious amounts of time in the water. Do note, it has a polymer core underneath the handle, so it will remain functional when the cork outer gives out (it’s just not as easy to grip)

The Morakniv Floating Knife comes with a polymer sheath that’s clad in a bright lime green color, so it’s easily visible whenever you drop the knife while it still has the sheath on. And yes, the darn thing will float even when the blade is still wrapped in the sheath, so you can easily retrieve it whether you drop it while performing cutting tasks or just being absolutely clumsy. The sheath, by the way, comes with an integrated clip, allowing you to attach it to your shorts, vest, or whatever else you’re wearing in the water. Need a serrated blade for some reason? The outfit also sells a serrated version of the knife, which mirrors everything about it, other than the serrations on the blade.

Want one? The Morakniv Floating Knife is available now, priced at $29.99.