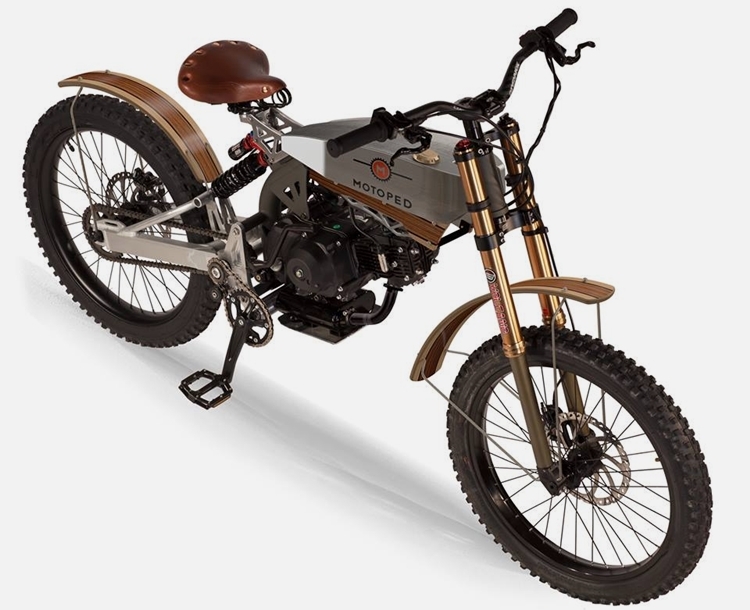 Motoped has come a long way from the outfit’s humble beginnings as a DIY assembly kit on Kickstarter. That growth is no more apparent than in the company’s Motoped Cruzer, a motorized bicycle modeled after the board track racers of the early 1900s.

Designed for city use, it won’t quite let you scale hilly backwoods or take romps downhill the way other Motoped models would. If you’ve been angling for a city commuter that you can ride to work and other everyday destinations, though, it’s going to be tough to find something as versatile and stylish. 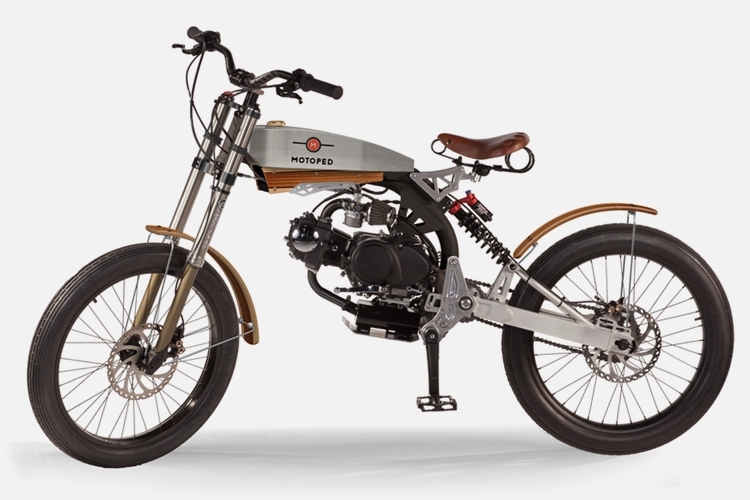 Powered by a 49cc engine, the Motoped Cruzer won’t break any speed records, but the 24 mph top speed should be good enough to take you on a leisurely ride to anywhere in town. It can only hold 1.3 gallons of gas on the frame’s elongated brushed steel tank, but that gallon or so should keep the motor powered for over 150 miles. Plus, since it’s gas-powered rather than electric, you can fill up at any gas station as soon as you run dry. Just pedal it to the closest one in the vicinity and you’ll be back on the road in no time.

Features include a two-speed automatic transmission, DNM adjustable suspension front and rear, spring-seat leather saddle with adjustable height, wood fenders, 4130 chromoly single tube frame, 24-inch rims, and Hayes Prime four-piston calipers front and rear. A compatible accessory rack and other components are also on the pipe, so you can equip it for a lot more than just daily commute. 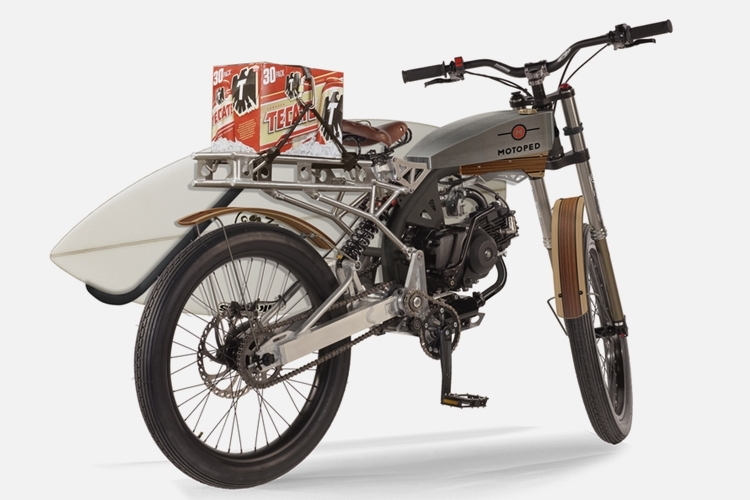 The Motoped Cruzer is available now, priced at $2,399.