MōVI M10 Might Be The Best Camera Stabilizer Out There Today 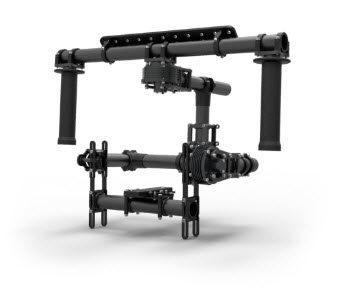 Holding a video camera in your hands still offer the best option to help you improvise on the spot.  However, it’s also the best option for getting shaky and blurry shots.  There are, of course, plenty of stabilizing solutions out there.  So far, though, I don’t think there’s anything that can rival the MōVI M10 Camera Stabilizer.

Arguably the most advanced handheld camera stabilizer ever made, it’s a custom designed system that allows your shooter to automatically adjust even while you move, shake and wobble your way through a scene.  That means, you can finally film your parody YouTube music videos while you’re drunk and stumbling like a dumb fool without going all shaky cam in your captures. 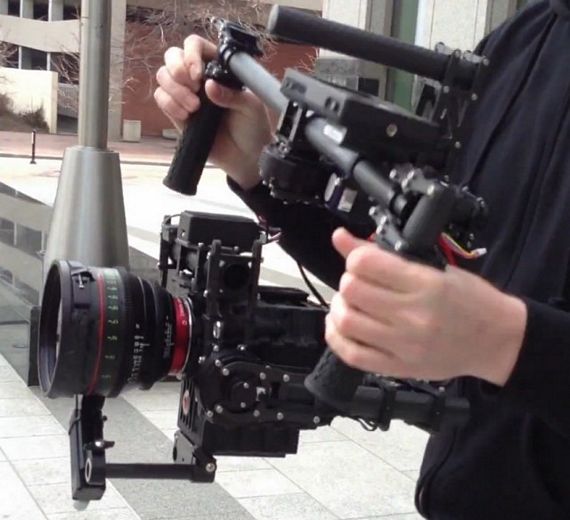 The MōVI M10 Camera Stabilizer is a handheld 3-axis digital stabilized camera gimbal that, pretty much, redefines what you can do with camera movement.  It weighs just 3.5 pounds and can be operated solo, so it doesn’t add a considerable amount of hardship to any of your camera duties, whether you’re running, sliding or  spinning in circles while shooting a scene.  At the heart of the device is Freefly’s high-performance IMU and brushless direct drive system, which handles much of the auto-adjustment the camera does in time with your movements, along with a slew of intricately-engineered parts. 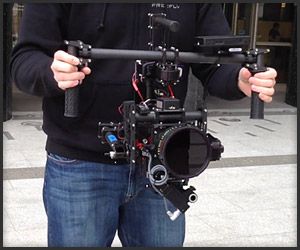 From what we can tell, this could be used to take the spot of, pretty much, any camera stabilization solution in the market, from dollies to jibs to cranes to gliders, along with everything in between.  Listed features include translation compensation, live wireless tuning and graphing, complete silent operation, and user-adjustable shakey shots (if you need them).

Obviously, a stabilizer this sophisticated isn’t exactly aimed at your neighborhood YouTube hobbyists.  And, yes, it’s priced as such.  The MōVI M10 Camera Stabilizer is available now, priced at $15,000.