Acouztic Is A Flashlight With An MP3 Player

Why put an MP3 player into a flashlight?  Because it’s damn frightening being in the dark and a little music should ease the tension.  Okay, not really, but we’re pretty sure they had a reason for combining the two in the Acouztic, a flashlight-music player hybrid.

Made by Xceon, the device is a regular looking torch light (dimensions are 5.43 x 1.5 inches with a weight of 8.5 oz), similar to the one you probably have somewhere in the car for night time emergencies.  Except, you know, it also doubles as a standalone music player with its own speaker, ready to pipe tunes in case the car stereo breaks down. 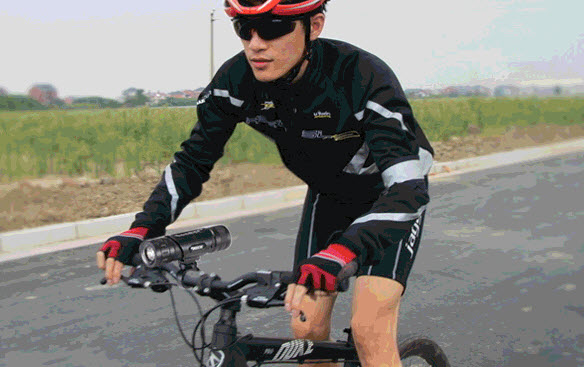 Granted, a flashlight with a music player sounds silly.  Until you realize they’re actually shipping the acoustic with a bicycle mount that allows you to use the torch as an easily-detachable headlight that also happens to pipe music to keep your entertained during those lonely stretches of pedaling on the road.  It should be pretty useful for that.

The flashlight features a 170-lumen white LED, powered by a rechargeable 2,500 mAh battery inside the aluminum alloy frame.  For your musical enjoyment, it comes with 2GB of onboard storage, a single 3W speaker, MP3/WMA support and a 3.5mm jack.  Due to the added music controls, it comes with six buttons on the body, which should make for a little added confusion during an actual power outage (you press the play button instead of turning on the light).

The Acouztic is available in six different colors directly from the website, priced at $139.95.