Mr. Pip’s Double Cross Is A New Dice Game To Liven Up Your Parties 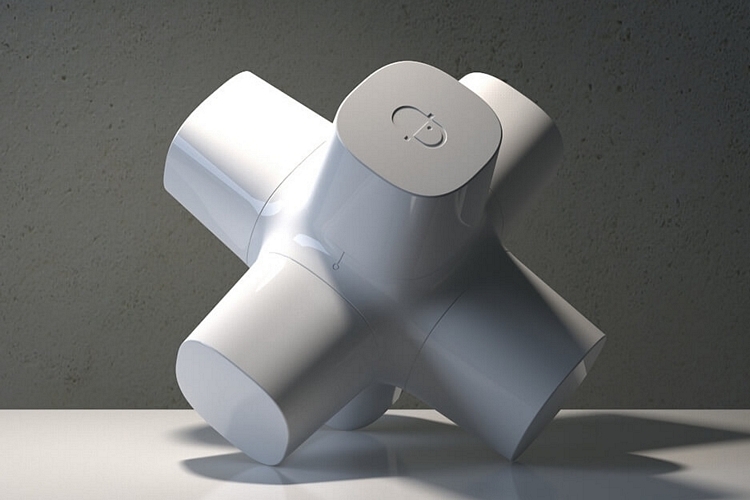 Having games to play during parties is a great way of breaking the ice, all while serving as a creative way to build camaraderie among a group. Card games have long been the go-to activity for this purpose, although board games and drinking games have also been options preferred by some people. You can add Mr. Pip’s Double Cross to those list of options.

A dice game, it consists of a six-pointed toy that looks like a puzzle in the vein of Rubik’s Cube. Except, you know, it’s not meant to be a puzzle. Instead, that six-sided contraption is actually the game’s case, with removable parts that become the actual components you use for playing. 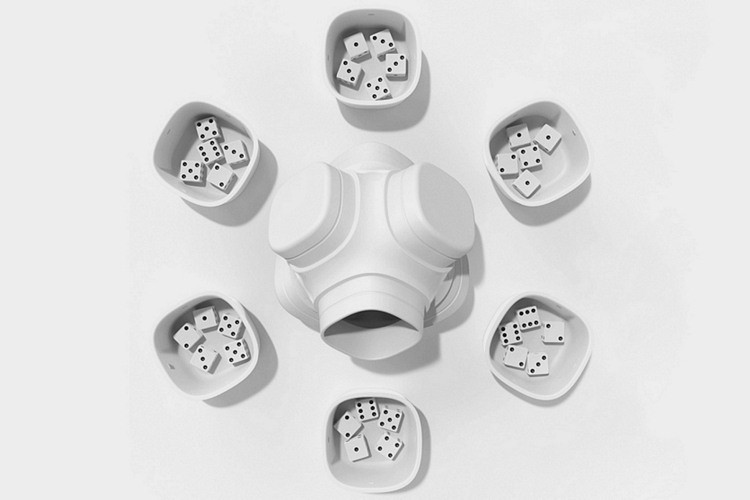 To play Mr. Pip’s Double Cross, you have to remove those six protruding sections of the rig, each of which comes off to serve as a cup. Each player starts with one cup and five dice each. To start a game, players put their dice in the cups, shake it, and turn it facing down so the dice are not visible to other players. They can, however, check in on their dice, which they can use to make informed “bids” about how all the dice in play turned out.

For instance, one player can say, “Two twos” to indicate there are, at least, two dice with the two side facing up among all the dice in the game. Since there’s a good chance that is true, other players put in their own bids, although the game requires that each succeeding bid either gives a higher dice face value for the same amount of dice (“Two threes”) or raises the amount of dice for the same face value (“Three twos”). When someone makes a bid (e.g. “Seven fives”) that someone in the game thinks is likely to be wrong, the latter can call for a challenge, at which point everybody lifts their cups and counts the dice. 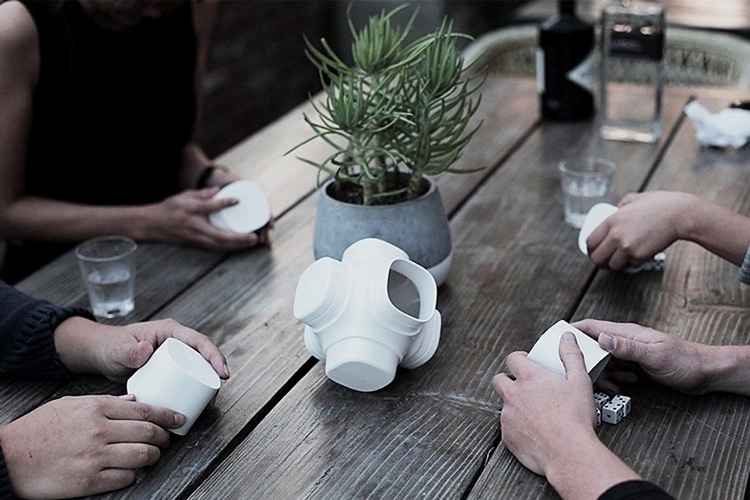 For example, if Joe guessed “Ten fives” and Sheila called for a challenge, the two of them go head-to-head for the count. If there are ten fives in the dice total, Shiela loses; if there aren’t, Joe loses. The loser gets one of their dice taken out of play. First person to lose all their dice loses the game.

As an added game mechanic, ones (as in the single dot face on the dice) are treated as a wildcard in the game, so they can be used to substitute for other faces if needed. The catch is, if someone starts the game by using it for their bid (“One one”), then it’s immediately put out of play as a wildcard.

Since the game includes six cups, up to six players can play in one go, although you can combine multiple cups and additional dice for larger party play. And since the game requires nothing but cups and dice, you don’t even have to get Mr. Pip’s Double Cross, as you can recreate the game using stuff you probably already have at home.

In case you want to play with the good-looking original, however, you can buy Mr. Pip’s Double Cross for $34.99.