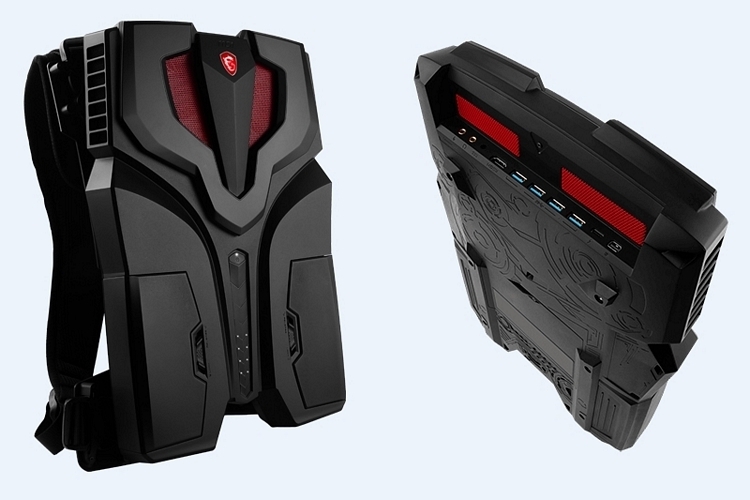 The biggest downside to fiddling with VR on a PC? The fact that you’ll have to be tethered the entire time you’re playing. Until we’re able to finally cut the cord on those headsets, moving freely around a simulated world just isn’t going to be that immersive. Unless, of course, you can carry the PC on your back so any cable mess can be easily contained. That’s the idea behind MSI’s VR One, a VR-capable PC in a backpack form factor.

MSI is calling it “the world’s lightest and thinnest backpack PC system.” Truth be told, it might, in fact, be the only one. I mean, how many backpack PCs have you seen in your lifetime? Weighing just shy of eight pounds, it’s quite light, too, ensuring even extended gameplay isn’t going to break your back. 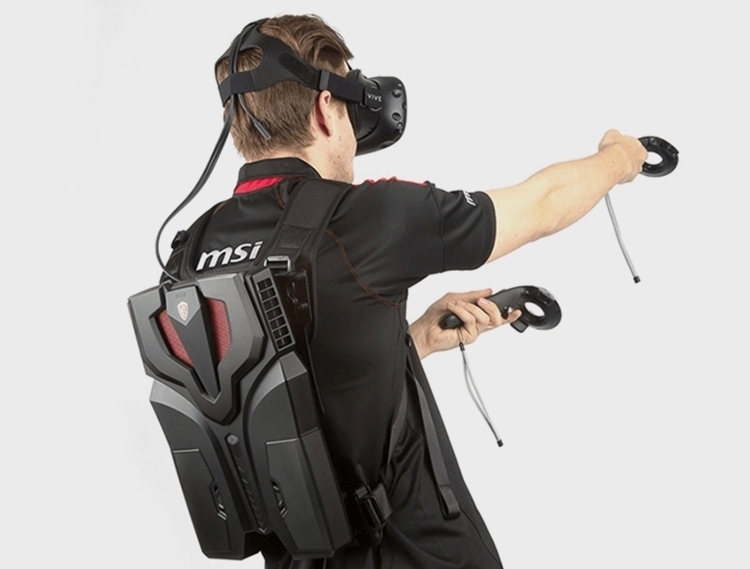 To enable untethered play, the MSI VR One comes with two battery packs delivering 1.4 hours of gameplay, both of which can be hot-swapped to enable continous play. It comes in a relatively flat chassis (like a mini Proton Pack), so there’s little chance you’ll end up knocking it into things around the house, with adjustable shoulder straps ensuring you can tighten it to stay securely on your back. As for the computer’s specs, it comes with an overclocked Core i7 CPU and your choice of GTX 10 series GPUs, although there’s no word on either the RAM or the onboard storage. According to MSI, it’s optimized to work with the HTC Vive headset. 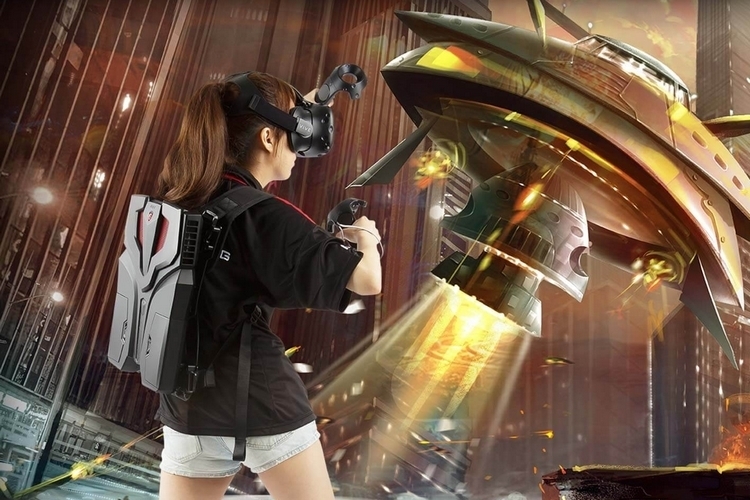 No pricing yet, but the MSI VR One is expected to debut end of the year.